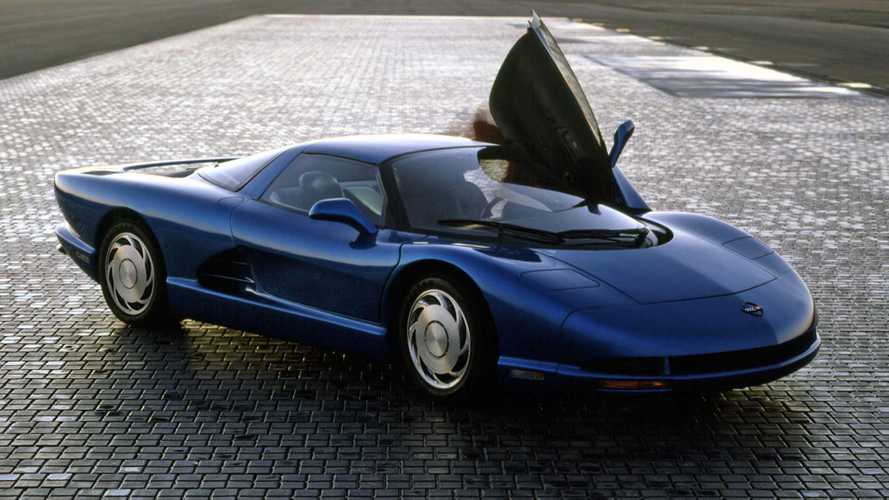 Which is the better mid-engined Corvette?

It’s official. We now live in a world where a production-ready mid-engined Corvette actually exists. The 2020 Corvette Stingray is a monumental departure for the iconic American sports car, but as you’ve likely heard by now, it wasn’t the first such machine to see the light of day at General Motors. In fact, we recently took a stroll through GM’s mid-engine history, highlighting no less than 10 prototypes and race cars with Corvette lineage. Now that the C8 is here, the CERV III from 1990 deserves a closer look since it’s the most recent 'Vette-related mid-engine prototype, and since it was arguably the closest of them all to entering production.

Curiously, it also compares surprisingly well with the new C8 Stingray. Despite being nearly 30 years old, the CERV III was a tremendous technological step forward for GM. It incorporated “otherworldly” features like adjustable suspension, a lightweight composite body, four-wheel steering, a six-speed automatic transmission, and all-wheel drive – a feature not even offered on the C8. At least, not yet.

It also had power – lots of power, in fact. The CERV III’s roots go back to the Corvette Indy Concept of 1985, a fabulously futuristic shape that boasted a high-strung, Indycar-derived 2.8-liter twin-turbo V8 engine making over 600 horsepower. It was ultimately just a mock-up with that mill, but a functional Indy – and later the CERV III – got a high-revving DOHC 5.7-liter V8 that would become the LT5 used in the 1990-1995 Corvette ZR-1.

To keep the promise of power, however, the engine was fitted with a pair of turbochargers, giving the CERV III no less than 650 horsepower. Such a figure is impressive for supercars debuting today, so you can imagine what it must’ve been like in 1990. That's especially true when you consider the CERV III would've lacked advanced features like stability control or active aero components to keep all that power in check.

The Mid-Engine Prototypes That Came Before:

Of course, this isn’t really an apples-to-apples comparison. For all its accolades, the 2020 Corvette Stingray is essentially an entry-level mid-engine supercar. Had the CERV III entered production with all its then cutting-edge systems and tremendous horsepower, it would’ve lined up with the Jaguar XJ220 and McLaren F1 – two vehicles which many consider to be the world’s first hypercars. Still, the performance estimates for the C8 Stingray suggest it would outrun the CERV III for at least a little while.

It’s extremely interesting to see 30 years of evolution from the CERV III to the 2020 Corvette Stingray. It also leaves us wondering what if. Should GM have pulled the trigger on the CERV III to create a mid-engined C5 Corvette, or is the new C8 a supercar that was worth the wait? Let us know what you think in the comments.