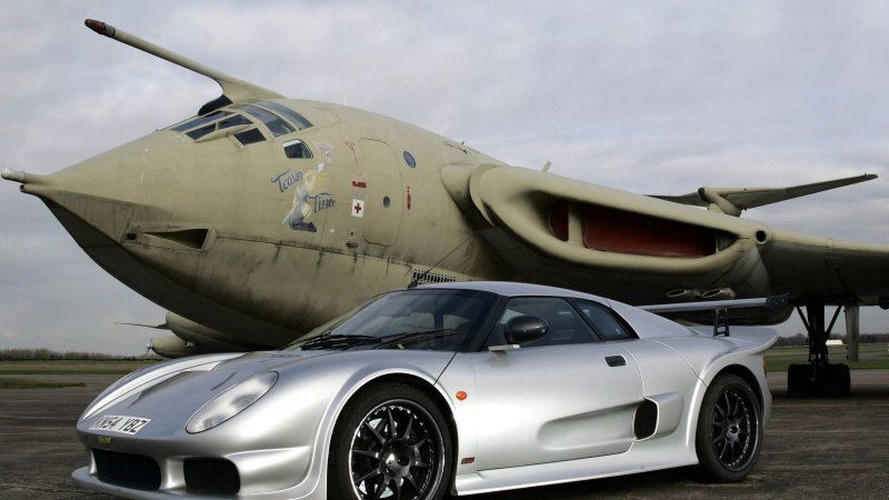 The power comes from a Roush Technologies-prepped Ford three-litre twin-turbo that delivers 425bhp and 390lb ft of torque at 5000rpm, with the name referring to the power-to-weight ratio of 400bhp/tonne.

Owning a 911 or 360 shows means and desire, but no imagination and most of us car nuts like to think that we could have found a much better place to spend that money, or even a little less. That place is Barwell in Leicestershire, where the almighty Noble M400 calls home.

It costs from £56,000 and nothing this side of a £300,000 carbon-bodied hypercar can compete in terms of outright pace, driving thrills and refinement. It’s mid-engined, it’s lightweight and oozes fighter-jet style cool.

The M400 hits 60mph in 3.5s, 100mph in eight seconds and tops out at 185mph. The power comes from a Roush Technologies-prepped Ford three-litre twin-turbo that delivers 425bhp and 390lb ft of torque at 5000rpm, with the name referring to the power-to-weight ratio of 400bhp/tonne.

It’s a development of the firm’s GTO-3R, that was a flawed diamond, but the M400 is the absolute finished article.

It will edge out a Murcielago and stick with an Enzo in a straight line. On the test track we managed to touch 170mph down the straight, after a crescendo of gut-wrenching surges of torque-driven acceleration launched with each flick of the wrist as the deceptively light and easy lever found the next gate in the Getrag six speed.

The violent shove in the back just doesn’t let up until you get the wrong side of 150mph, and there’s an added punch at the 5000rpm mark, with peak horsepower coming at 6500rpm and the redline set at 7300rpm. The last 2000 revs can be used to stroke the tail out of line at the apex of slower bends and hold the mid-engined sportscar in a graceful slide, tyres smoking under a steady right foot. A long throttle travel helps here, allowing sensitive inputs at the limit and on the exit of wet hairpins round town.

There is no traction control on this creation, but practice makes perfect and it didn’t take too much wheel time to realise this car has the natural poise and balance of a Bolshoi dancer. It will flatter all but the least talented of drivers and won’t punish a playful approach.

But it’s at high speeds, with the V6 growling, the twin turbochargers whistling hard and the car flying into a braking zone that grew shorter with each lap and with further confidence in this 2330lb missile, that its true skills shone through and the Noble M400 carved itself into the ranks of superstars.

The beefy rear wing, sculpted bodywork, cooling ducts in the side and venturi all combine to create genuine downforce and beyond 120mph it feels planted to the tarmac in a way Prancing Horse drivers only dream about. While other cars float, the Noble cuts into fast, sweeping bends and there are few road-legal cars that work so effectively.

It will take massive speed into the apex, scrubbing off an over exhuberant entry with minor understeer that is part dialled in and part down to the downforce oriented design. It is always ready to slingshot out of the bend and the knowledge that the nose will slip wide first means the M400 is a truly accessible supercar that won’t bite too hard if the mistake’s a small one. It only oversteers if you really ask for it.

Lee Noble’s 20 years of experience in building supercars including the Ultima GTR and Ascari Ecosse have produced a light yet stiff steel spaceframe chassis reinforced with alloy panels, a full roll-cage and beams that make their presence known under the carpet of the sparse cockpit. It’s not all about safety, it’s about removing even a whiff of bodyroll, so the Noble can jink left and right like a skier at speed and avoid pitching in bends.

Anti rollbars and a rather serious suspension set-up from Dynamics Suspension all help with the cornering capabilities, as do the Pirelli P-Zero Corsas that resemble cut slick racing tyres. The mechanical grip is huge and this car will never catch out its owner with an inexplicable slide at low speed.

A new super responsive steering rack now means that this beast is easily caught when the tail starts to wag on the exit of bends. It is also easily thrown round town, despite the visibility problems through the rear, and it’s no harder to pilot at slow speeds than any shopping-bound hatchback.

The black Alcantara interior and embossed Sparco bucket-seats, together with both a standard seatbelt and a four-point race harness for track use, is now a fine working environment that can handle long distance driving as Noble has taken the opportunity to relocate the seat and reduce the pedal offset. It’s no longer a case of sliding into a chiropractor’s nightmare, as was the case with the 3R, it now works smoothly and sympathetically.

It’s not too noisy low down the revs either, despite the ferocious horsepower exploding just inches from your head. Heavy attack on the circuit bought a harder vulpine growl from the V6 and it’s downright dirty as it heads for the redline, instantly explaining why so many English fanatics have transformed Noble from a cottage industry to a genuine force in the UK car industry and the holder of countless sportscar of the year awards.

And the ride, despite being firm, is well tuned to British roads at least, so that it rides the ridges and ruts. The Noble maintains its composure under heavy braking, too, even when shedding 90mph for the corner at the end of Bruntingthorpe’s landing strip that manufacturers often use for straightline testing.

On a concrete surface with numerous expansion joints that could send the car out of shape, the Noble simply slowed like it had hit a wall thanks to race-style callipers clamping down on 330mm ventilated discs front and rear.

This car isn’t nervous at the front end on the public roads and doesn’t need constant corrective input to keep it on the straight and narrow. That couple of centimetres of play in the wheel would be a lifesaver on a long haul and turns the Noble into a genuine daily driver with Superman-style capabilities behind the civilised Clark Kent veneer.

Except for the luggage space, in fact you’re restricted to what fits into six custom-made zip-up bags. So it’s got enough space for a tuxedo, a change of clothes and a wash bag, but it accelerates like a lunar rocket and could cut up Ferraris and Porsches in twisting bends like a scalpel-wielding crack addict. It’s also less obnoxious than the opposition so everyone will love this car - rather than try to run you off the road. – and nothing will touch it on a hard charge. So leave the luggage at home, it’s really not that important.