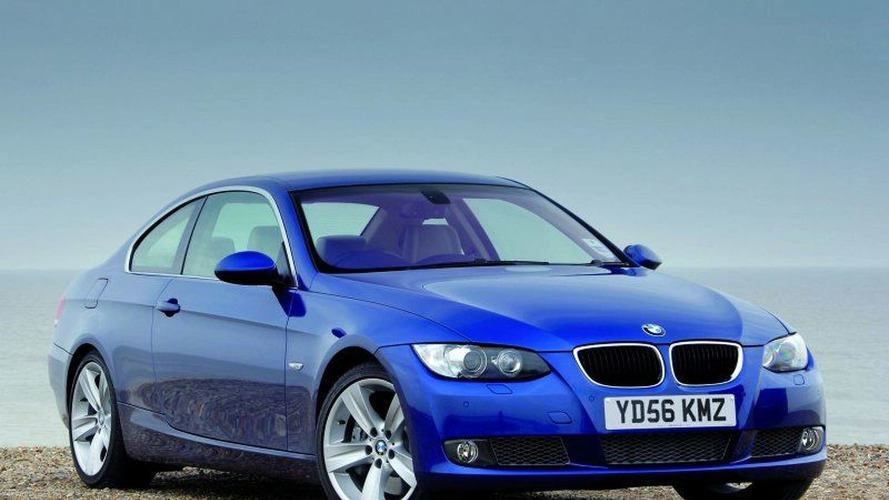 BMW 3 Series has become the motoring icon of corporate greed - the middle manager's chariot of choice. As integral a part of the upscale lifestyle as an espresso machine and exotic holidays, it is a cultural phenomenon...

Since its launch in 1975 the reassuringly expensive BMW 3 Series has become the motoring icon of corporate greed - the middle manager's chariot of choice. As integral a part of the upscale lifestyle as an espresso machine and exotic holidays, it is a cultural phenomenon and the new 335i Coupe should secure entry into folklore.

Most business-class custodians that restrict their journeys to our motorway system will simply never understand how good their car is. The real core virtues of the middle managers' outside lane pounder of choice will simply stay a secret, well hidden behind the traction control button and comfy leather seats.

But inside this fifth generation 3 Series, beneath the gentile veneer, there's a top sportscar just waiting to show a clean pair of heels to anything in its class and a good few besides.

When the next generation, V8 M3 arrives in 2007 it will have more than 400bhp and be a technical marvel, but it will just be too much car for many buyers. This 306bhp machine is just a few ponies down on the outgoing M3, which has been hailed as one of the best sportscars in the world, so has all the performance any sane individual would want and creature comforts, too.

While the saloon appeared last year, this was the debut turn of the Coupe, a sleeker, sexier animal with a lower roofline and swooping features.

Only the side indicator repeaters, rear badge and door handles have been carried over from its more sensible sibling on the outside. Only real aficionados will register anything other than a BMW 3 Series in front of their eyes, but those that know will respect you more, which is what the Roundel logo is all about.

And the only definable loss is that meaningless middle seat in the back that has been replaced with the continued centre console. The raked roofline doesn't pillage the space inside and adults can comfortably settle in for a long-haul trip. For the lucky ones that don't need to worry about the child seat in the back, the looks, predator poise and handling prowess of the coupe are more than worth the minor cost.

The styling, while clean, efficient and much muscular, BMW Chief Designer Chris Bangle has stood accused of everything from heresy to blindness in his time. The 3 Series is a seductive looking machine in the flesh, though, and the 335 Coupe combines long, organic flanks and a large calibre snub nose with devastating effect.

The major delights lie beneath the skin here, though. The 0-60mph time of 5.5s is more than enough to keep the 335 in touch with more or less anything with four doors. And with 306bhp and 295lb/ft of torque at its disposal, it would undoubtedly keep charging hard beyond 155mph, when the electronic limiter kicks in and spoils the fun. For a proper four-seater this car is seriously fast.

BMW's first turbocharged petrol powerplant for decades was a big shock for the motoring fraternity, as the Bavarian marque has traditionally derided forced induction. To achieve these levels of power without a turbo would have required a much heavier V8, though, and this would have come with inherent handling costs so the German company opted for the twin-turbocharged inline six cylinder.

Two relatively small turbos rather than one giant unit means that turbo lag is a thing of the past and the throttle response is instant as it is brutal. There's just a constant wave of power underfoot and no flat spots in that immense torque curve, so the BMW just keeps pulling and on the right road could embarrass more cultured opposition.

At any revs in any one of the six impeccably engineered gears just plant the right foot and the car will take off thanks to the effortless impact of the turbos. It comes with the high-strung harmonics of BMW's inline six cylinder, but this time there's a hissing, burbling backing track of the turbos spooling up. This is the kind of noise that invites just a bit more effort on the next bend, the kind of hard-edged note that awakens the racing driver in us all.

It holds the road like Velcro, too, allowing the driver to pour on the power through the bend while the electronics kill any over enthusiasm before it gets to the wheels.

There's two levels of traction control if you want to feel the back end slip out of line a little and enjoy BMW's famed 50/50 weight distribution to the full. Steering is alive and rapid in its response and while the 335 squashes imperfections in the road so well we could cruise on broken B-roads at motorway speeds, all the important information is fed through to the cabin.

It isn't an every day thing to send a car sideways at a roundabout, but it's nice to know when the time arrives the 335 Coupe is as well balanced as the Bolshoi ballet at and beyond its limits.

Despite being bigger and hosting a wealth of extra equipment, including DSC, which keeps the brakes dry in wet conditions and even anticipates heavy braking, moving the pads closer the discs, the 335i Coupe weighs less than its predecessor. Extensive use of aluminium in the basic construction helped keep the BMW to a lithe 1620kg and that shines through on every tightening bend.

This commitment to the apex comes at a price, of course. Barge-like Mercedes leave the hard-charging BMW in their dust when it comes to comfort and the corresponding Audi feels a more complete car. But for the upscale young professional that likes taking the long road home, none of them come close to the 335 on sheer fun factor.

And there is just one other cloud on this twin-turbo's horizon, too, BMW's next release - the 335d. This fuel-sipping diesel will be even faster, so the perfect reviews are almost writing themselves already.

The diesel's only downfall is the automatic box, as the near perfect six-speed manual in the 335 simply can't take the torque, and this is by far most enticing option for serious drivers. It's a good semi-automatic, but if you're going that way then wait for the oil-burner that could single-handedly rewrite the rules on diesel motoring.

The BMW 3 Series might be the icon of corporate avarice, but the reassuringly expensive 335i Coupe also happens to be one of the best everyday cars in the world.