A hands-free driving aid that keeps the driver engaged.

Lexus Teammate Advanced Drive is one of the latest. Not slated to arrive until next year on the 2022 LS 500h sedan, Teammate enters a fray that already sees Tesla's Autopilot and Full Self-Driving competing with General Motors' SuperCruise. Meanwhile, Ford's BlueCruise is on the horizon too. But where those systems try to take the driver out of the equation, Teammate is a more hands-on hands-free driving aid.

For the most part, Teammate takes the more conservative approach to self-driving championed by Cadillac and Ford – it only works on mapped-out, limited-access roadways. Lexus wouldn't commit to a hard mileage number for the roads Teammate will work on, but confirmed it's on a similar scale to GM, which is sitting pretty with 130,000 miles of mapped highways. From there, Teammate amplifies the typical collection of active safety gear on a modern LS with a host of cameras and LIDAR sensors to monitor the vehicle's position in the lane. There's also an infrared driver-facing camera to make sure their eyes stay on the road.

Despite the wealth of extra hardware, activating Teammate is as simple as turning on adaptive cruise control in any Lexus product. You'll need some patience, though, as the vehicle will warn you it's trying to find its place in the lane (“Vehicle Position Initializing”) before going hands-free.

Once the car gives the message “Advanced Drive Ready” on the center display and via audio, the all-digital instrument cluster and the massive head-up display switches to a Tesla-style visual breakdown of the surrounding traffic. When this display is blue, you can relax your hands and feet while still paying attention to the road. If the graphics go gray, that's the car requesting your hands on the wheel (even though it'll still steer, brake, and accelerate independently).

It's here that Teammate starts to diverge from competitive systems. The audio messaging, combined with the clear-cut communication about when the driver should have his or her hands on the wheel, is refreshing. The system display will highlight potential hazards, such as cars entering the freeway or merging into the driver's path, too, so you're always clear about what to focus on. The lane display even shows motorcycles. It feels like Toyota's engineers did as much as possible to remove ambiguity about the system's status and the car's surroundings. But there are more innovative features here.

For example, if the screen goes gray and the driver doesn't take over, you'll get the usual array of beeping and flashing. But the LS will also tug on the driver's seatbelt, which is such a good and simple idea we're shocked no one has done it before. The system is also capable of executing automatic lane changes, but in order to make a move, both the car and the driver need to sign off.

This is good in theory, but it proved mildly frustrating in practice. For a start, executing an automatic change requires tapping the turn signal up or down as you would for a triple-flash. But the detents on our test car weren't strong enough, so we kept going past the point we needed.

It feels like Toyota's engineers did as much as possible to remove ambiguity about the system's status and the car's surroundings.

More worryingly, Teammate won't wait for an opening to come up like Tesla's Autopilot – it'll simply flash a message saying some requirement hasn't been fulfilled for an automatic lane change, leaving you carrying on in your current lane. You'll also need to have your hands on the wheel to execute the change, although the system is competent enough that a pinky provides enough torque to fulfill this requirement.

Where Teammate struggles with lane changes, there's one thing we really like: it forces the driver to check his or her blind spot. Until the driver-facing camera tracks your head moving to the left or right, the car will stay in place. Teammate will likely come in for criticism if its final form plays too conservative with automatic lane changes, but so far, its ability to keep drivers engaged is an interesting change from the norm.

Going Places, With And Without Navigation

Technically, Teammate has two different modes based on the navigation status. We started off with no particular place to go. But on our loop back, we punched in the address for Toyota's headquarters. With a destination entered, Teammate will count down the mileage to an Advanced Drive–enabled zone on the digital cluster.

Looking At The LS: 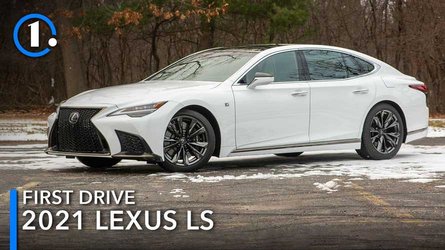 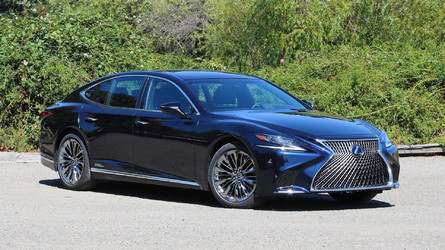 Even without navigation, though, Teammate proved quite able to manage surrounding traffic. It adapted to other vehicles suddenly slowing down or entering our lane in a more progressive, controlled manner than the Chevrolet Bolt EUV with SuperCruise we tested a few months back. Because the car could track these potential hazards, it was simply much better able to manage them.

This early test unit did display an over-reliance on its driver, though. We, and numerous other media we spoke to, had cases where the system would “go gray” and ask us to take the wheel for no obvious reason. Once whatever imagined or real danger had passed, it'd “go blue” again, signaling that we could relax. Despite only about 20 miles of seat time, this happened too often.

Toyota is taking a philosophically different approach to hands-free driving, and we appreciate a number of the decisions it's made in engineering Teammate. But at this stage in development, it's fair to argue that the system feels too reliant on its human operator. There's a fine balance in making sure the driver stays engaged without reintroducing some of the stress hands-free technology is supposed to mitigate. Teammate shows incredible promise, both in how it communicates and includes the driver in hands-free driving. But based on this brief sample, there's still some work to do. We look forward to testing the final result.

7 Photos
By: Brandon Turkus
++
Got a tip for us? Email: tips@motor1.com