Ford will finally roll out its autonomous driving system via an over-the-air update later this year. Initially, the self-driving tech, officially called Blue Cruise, will be available for 2021 Mustang Mach-E and 2021 F-150 vehicles equipped with Ford’s Co-Pilot360 Active 2.0 Prep Package. The automaker has set an ambitious goal of selling more than 100,000 Blue Cruise-equipped vehicles by the end of the year.

Formerly known as Active Drive Assist, Blue Cruise will be available for 2021 F-150 and 2021 Mustang Mach-E customers starting in the third quarter of 2021. These vehicles will need to carry the Co-Pilot 360 Active 2.0 package, which includes all the necessary Blue Cruise hardware. That equipment is already standard on all but the base version of the Mach-E (it's available as part of a $2,600 option package, which also includes a 360-degree camera, heated front seats, and a heated steering wheel). The range-topping F-150 Limited comes standard with hardware, while it's optional on the Lariat, King Ranch, and Platinum models.

Upgrade Already In The Works? 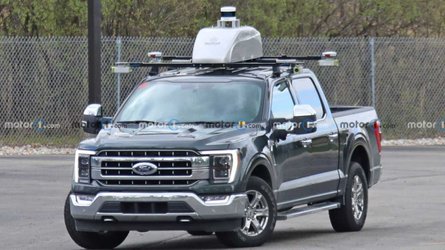 As for the software, owners with Co-Pilot 360 Active 2.0–equipped cars already on the road will have to pay $600 for the software, which will include a three-year service period. Ford offered no comment when Motor1.com asked how much Blue Cruise service would cost after the first three years. For folks who buy their vehicles after the initial rollout, the software will be included from the factory.

Blue Cruise is technically an SAE Level 2 autonomous system, which the automaker likens to Tesla's Autopilot "but with the advantage of offering a true hands-free driving experience while in Hands-Free Mode." It uses a combination of advanced camera and radar-sensing technologies and builds upon the available adaptive cruise control. An in-car camera monitors the driver to ensure they're paying attention, which is also the case with GM's rival SuperCruise.

Speaking of its cross-town rivals, Ford claims that Blue Cruise will more clearly communicate when hands-free driving is available, relying on both light cues as well as text in the instrument cluster to inform the driver. Tesla and GM mainly use colors. Where Blue Cruise can't compete, though, are in automatic lane changes (which SuperCruise only added this year). Ford says that feature is coming, while engineers are exploring a version of Blue Cruise that will allow F-150 customers to tow.

In the preparation for the release, several months before the actual launch, the automaker embarked on what it calls the “mother of all road trips” to test the system. In November 2020, Ford sent a fleet of five F-150s and five Mustang Mach-Es on a 110,000-mile (177,000-kilometer) road trip through 37 states in the US and 5 Canadian provinces. The epic test journey was the final step in a long development process, which also included a series of shorter test drives, each designed to evaluate a specific aspect of BlueCruise. 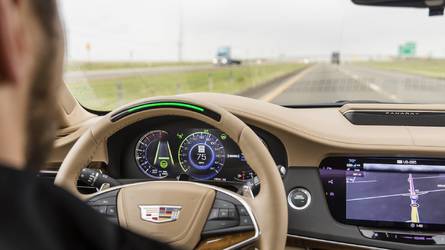 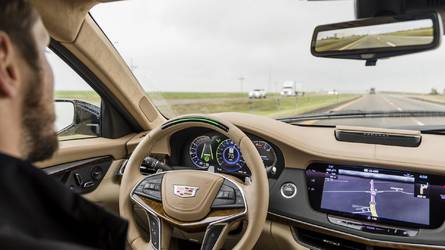 “There are highway intricacies and driving conditions that you simply cannot replicate in a lab,” Hau Thai-Tang, chief product platform and operations officer at Ford, explains. “Sending these vehicles out for real-world driving experience is just one of many ways we ensured that BlueCruise technology offers confidence and convenience for drivers all across the continent.”