Bentley hands over the keys to its Bacalar test unit.

Such are the vagaries of the British spring, it was snowing yesterday. Perhaps not the best weather to drive a $2-million, one-of-twelve, open-topped Bentley Bacalar from the brand’s Mulliner coachworking department, then. Actually, there’ll be 12 customer cars – the car I’ve got the keys for is Mulliner’s own pet, dubbed “Car Zero.”

Mulliner’s people are apologetic about its condition, because as a validation prototype it’s had a rougher life than any of the 12 bespoke cars that will follow. Indeed, the likelihood with them is they’ll be rolled out for very occasional warm, dry-day use, not least because the Bacalar comes without any kind of roof. Mercifully, today the sun’s out and the clouds are of the white and fluffy kind, rather than dark and ominous.

Car Zero would shrug them off if they were, though. It doesn’t look like it’s been frozen, drenched, or cooked in climatic chambers, in between being pounded relentlessly around poor surface tracks and high speed bowls up to and beyond 200 miles per hour. It’s lapped race circuits and road routes endlessly, all in a bid to apply 10 years of wear and tear in just 20 weeks. In that time it’s covered tens of thousands of miles. Even so, it’s probably just about to get its toughest test yet, as a handful of journalists get some seat time in it around a track in Bedfordshire, England.

The Bacalar has undergone arduous testing, says Bentley, to ensure that its completely new body – which consists of some 750 all-new components, differing materials, and finishes – meets the exacting standards of the people who will buy the twelve cars the automaker is building. Fair enough. It would be rather embarrassing if some bit of exclusive trim fell off or broke while you’re out and about in your Bacalar. It wouldn’t do for that bespoke cabin to emit even the tiniest squeak or rattle, either. With all that in mind, the $2 million that Bentley is asking for the Bacalar actually doesn’t seem that unreasonable, mad as that might sound.

The Bentley Bacalar is a coachbuilt car in the very best traditions of the idea, then. Take a chassis and apply a unique body to it. That’s something that Mulliner’s been doing since horses were the dominant form of transportation – the company traces its roots as a saddle and carriage maker back to the late 1500s

Today the base for Bentley’s in-house Mulliner artistry and craftsmanship is the already hugely capable Continental GT Convertible. The 6.0-liter twin-turbocharged W12 engine sees its output up from the standard 626 horsepower of the regular W12 offerings to 650 horsepower. Actually, the Bacalar’s numbers are the same as Bentley quotes for the new Continental GT Speed. If the two indeed share the same numbers, then torque will be a useful 664 pound-feet at 1,500 to 5,000 rpm.

Coachbuilding used to be the work of talented people with English wheels, sewing machines, and woodworking tools. Today the hand-formed metal work makes way for carbon-fiber panels or 3D printed materials, even if they’re lovingly hand-assembled by enormously skilled craftspeople. The sewing machines are still kept busy for the 148,199 stitches needed to embroider each one of the Bacalar’s two seats, while Mulliner’s woodworkers dry Riverwood that’s been preserved for over 5,000 years in the Fenlands of East Anglia before shaving it into the beautiful veneers and expertly fitting it around the Bacalar’s interior.

The interior is, as with any Bentley, exquisite, and able to be near infinitely personalized.

Visually, the Bacalar’s a riot. Inspired by Bentley’s EXP 100 GT concept car, the final design is little short of sensational. Edgy, provocative, and daring, it’s a beautifully contemporary take on what Bentley’s future might hold, while respectfully referring to its history. The interior is, as with any Bentley, exquisite, and able to be near infinitely personalized to the owner’s exact choice of finishes with every element pretty much unique to the Bacalar, be it the steering wheel, instruments, or clock in the center console.

Likewise, the exterior comes in any hue (or combination of them), the choices limited only by the customer’s imagination. Mulliner says some have managed to finalize their specification in a matter of minutes, while others take weeks or months even, with plentiful Zoom meetings to nail down specifications. All part of the process, if you’re one of the lucky twelve.

Well, thirteen today. After extensive poking and lengthy chats with the Bacalar’s project leader, Omar Sheikh, it’s time to go and drive it.

There have had to be some necessary tweaks to the suspension to account for the different aero balance and weight distribution; likewise, there’s a 66 pound drop in weight over a W12 GT Speed Convertible, too, but that’s fairly inconsequential when you’re hauling comfortably in excess of 2 tons (actually, around 5,304 lbs). The extra power should help here, then.

Thumbing the big start button, the W12 sounds suitably naughty on start-up, with a more overt timbre to the tone of its exhaust.

Not that any 12-cylinder twin-turbocharged Bentley has ever felt slow, but the Bacalar adds some immediacy to the proceedings. The automaker wouldn’t be so uncouth to quote a 0-60-mph time for it, but figure on a number that’s identical to, or perhaps a tenth less than, the droptop GT Speed’s 3.6 seconds. Obviously, the Bacalar is all-wheel drive, but like its relatives, that drive is biased to the rear and is meted out through the usual eight-speed automatic transmission.

Thumbing the big start button, the W12 sounds suitably naughty on start-up, with a more overt timbre to the tone of its exhaust, something that you’ll hear all the time thanks to the roofless-roadster design. All the while the central instrument panel does its theatrical spinning party trick – going from seamless veneer through a trio of gorgeous analog gauges before settling on the large touchscreen.

Sitting in it, surrounded by absolute finery, the Bacalar is undeniably special. Enough for me to consider dropping $2 million on? I reckon so, if I were in that ludicrous buying sphere. There’s not much time, so instead of poking around to enjoy the sensual tactility and visual feast of that cabin, it’s time to drive.

All current members of the Continental GT family feel more eager, lively, and engaging than those that came before, but in the Bacalar that’s elevated further. Losing the roof has an inevitable impact, but the way the bodywork seems to better embrace the interior, those speed humps behind your head, and the higher elements of the cabin all add to the impression you’re sitting deeper in it. It’s a clever ruse, because the seat is actually in the same position as a standard GT Convertible.

In drive, in ‘Bentley’ mode – that being the preferred, suggested drive mode of Bentley’s engineers – the Bacalar flies. It masks its mass remarkably well and steers accurately through the light tiller, but inevitably physics do take over, and there’s a hint of understeer from those stressed front tires. Play with it and you can tip the handling balance to the rear, the Bacalar proving surprisingly adjustable and mobile, particularly if you up the ante and go for the dynamic mode that lifts the thresholds of the stability and traction control systems.

Bring On The Bentleys: 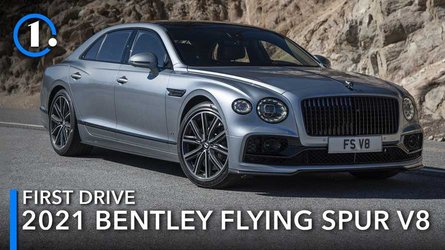 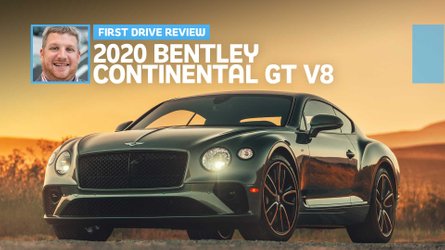 In any other Bentley that might be a bit unbecoming, but with the Bacalar’s greater singularity of purpose it seems right. It underlines that the rare roadster is more than just something to pose around in, not that any of the twelve owners will ever run it around a track. But they might get it up to speed on an unrestricted highway, and a couple of runs tapping on the door of 150 mph underline Mulliner’s assertions that it’s spent a great deal of time in the wind tunnel and real-world high-speed testing. Amazingly a conversation is still possible at such speeds, the buffeting in the cabin being little more than a light draft.

Four laps of increasing intensity does confirm that if you are buying one, you might want to specify Bentley’s carbon-ceramic brake rotors, because however good the chassis might be at masking its weight, the brakes bear the brunt of the onslaught, though if you’re never going to take it to a circuit it’s not such a worry. Some good consumer advice there for all twelve of you, and for the rest of us we can all but dream of making such decisions.

A special version of an already special car, if the Bacalar’s any indication of what’s to come from Bentley’s Mulliner division then the super-rich have got good reason to get very excited indeed.