Mitsubishi resurrected the Mirage nameplate for 2014 after abandoning the model in the United States more than a decade earlier. First reintroduced as a hatchback (and later joined by its sedan counterpart, the Mirage G4), the Mirage adds a new Limited Edition, or LE, trim for the 2019 model year. Positioned above the ES and RF models but below the SE and GT, the LE distinguishes itself courtesy of its black mirror caps and wheels and red interior accents.

While the entry-level Mirage’s $13,795 base price makes it one of the cheapest new cars sold today, the higher-end Mirage LE’s $15,845 cost of entry risks pulling the rug from underneath the little hatchback’s value equation by pitting the itty-bitty Mitsubishi against bigger and more powerful entry-level subcompact options. 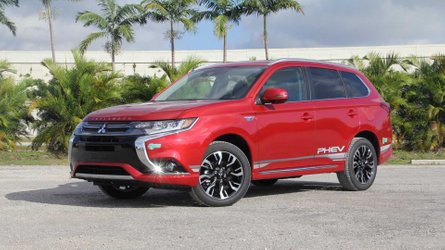 2018 Mitsubishi Outlander PHEV GT Review: Plug It In, Plug It In 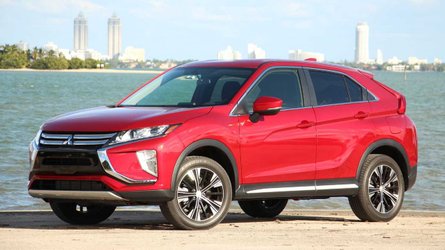 2019 Mitsubishi Eclipse Cross SE Review: So Close, Yet So Far

There’s an undeniable cuteness to the Mitsubishi Mirage. At 149.4 inches long and 59.4 inches tall, it’s 1.7 inches stubbier and 3.7 inches shorter than a Mini Hardtop. Unlike the chicly styled Mini, though, the Mitsubishi looks more mundane. In fact, you might go so far to call the Mirage generic. Take off the Mitsubishi badges, and this hatch can pass for a product by any number of automakers. That said, the Mirage isn’t ugly; it’s just bland. At least the new-for-2019 LE trim’s black-painted exterior mirror caps and 15-inch wheels add a small bit of personality to this largely forgettable design.

Same goes for the interior, which lacks any real style. Sure, the LE-specific red accents around the outer HVAC vents and the center console sprinkle some spice into the mix, but for the most part, the Mirage’s insides are as plain as tofu. Kudos, though, to Mitsubishi for designing an ergonomically friendly center stack with high-mounted infotainment and HVAC controls. However, for every triumph, there’s a loss, and things such as door lock tabs that do without easily identifiable markings, as well as middling material and build quality, counter the positives of the Mirage’s cabin.

Comfort is not the Mirage’s forte, and the hatchback’s mushy front seats lack the support necessary for long-distance driving. Rubbing additional salt into the wound is a steering column that tilts but does not telescope, which results in a driving position that’s either uncomfortably close to the pedals or too far away from the steering wheel. At least the LE trim offers a driver’s seat armrest. It’s a feature that’s left off of the lower-spec ES and RF trims.

Given the Mirage’s small size, the car’s rear bench seat offers more room than expected. With 34.2 inches of legroom, the Mitsubishi betters the equally small Chevrolet Spark and the noticeably larger Kia Rio hatchback by 1.2 and 0.7 inches, respectively. Still, this is not a space made for long road trips and full-size adults are better off fighting for the front seat.

Every Mirage hatch comes standard with a touchscreen infotainment system. Strangely, the low-level ES and RF feature a 7.0-inch screen, while higher-end models, such as this LE, include a 6.5-inch display.

What the smaller setup lacks in screen space, it makes up for with its Apple CarPlay and Android Auto compatibility (neither of which is available with the 7.0-inch setup). Both are welcome, as the Mirage’s native infotainment system suffers from too-small on-screen buttons, crowded menus, and slow responses to touch inputs. It’s nearly impossible to select a function on the screen at a glance.

That’s not a typo. The Mitsubishi Mirage really scores naught for its performance and handling. Take a glance at the spec sheet and you’ll understand why. With 78 horsepower from its buzzy 1.2-liter three-cylinder engine, the Mirage is predictably slow and requires a heavy right foot to get it up to speed.

Making matters worse is the LE’s standard continuously variable transmission (CVT) that exacerbates the engine’s uncouth qualities. (Mitsubishi offers a five-speed manual gearbox in the lower-spec ES and RF trims.) Power peaks at 6,000 RPM, while the engine’s 74 lb-ft of torque comes online at 4,000 RPM, and the transmission often holds the engine at high revs to make the most of its limited grunt. With no faux shifts from the CVT, the engine’s weary drone permeates the cabin. Once up to highway speed, though, a chorus of wind noise replaces the three-cylinder engine’s wheezy whine.

Thanks to its lithe 2,128-pound curb weight, the Mirage feels light on its proverbial feet barreling through turns. That said, the Mitsubishi’s lateral dynamics stray far from fun, and the body leans wearily due to soft spring rates that afford an impressively comfortable ride on Miami’s poorly paved roads. Combine this with the car’s overboosted and numb electric-assist steering, small front disc brakes and antiquated rear drum brakes that connect to a mushy left pedal, and the limited grip from the 15-inch Yokohoma all-season rubber, and the Mirage feels as though it actively works to bore its driver.

The Mirage’s ace up its sleeve is its fuel efficiency. With only three cylinders to feed 87-octane to, the Mirage earns fuel economy ratings from the Environmental Protection Agency of 36 miles per gallon in the city, 43 mpg highway, and 39 mpg combined when equipped with the available CVT. In fact, these figures make it the most fuel-efficient non-hybrid vehicle sold in the United States for the 2019 model year. Opt for the ES and RF trims’ standard stick shift and the ratings fall to 33/41/36.

With a starting sum of $13,795, the Mirage hatchback costs $575 more than its closest competitor: the Chevrolet Spark. Adding the CVT to the entry-level Mirage ES adds $1,200 to the cost, while the CVT-only LE wears a price of $15,845, or $850 more than an automatic ES. That sum nets buyers black exterior mirror caps and wheels, red interior trim, a leather-wrapped steering wheel and gearshift knob, a driver’s side armrest, and an Apple Carplay and Android Auto compatible infotainment system. It’s a screaming deal if you’re hellbent on getting a Mirage. Add in this LE tester’s $135 floormats and $995 destination fee, and the car’s as-tested price comes in at $16,975. That strikes us as a bit much, considering the larger, CVT-equipped Nissan Versa Note and the better built and more engaging Toyota Yaris sedan both start at $16,545, including destination. Save for the cheapest Mirage, it’s hard to justify choosing this tiny hatch over larger, more powerful, and similarly priced subcompact cars.