2019 Mitsubishi Eclipse Cross SE Review: So Close, Yet So Far 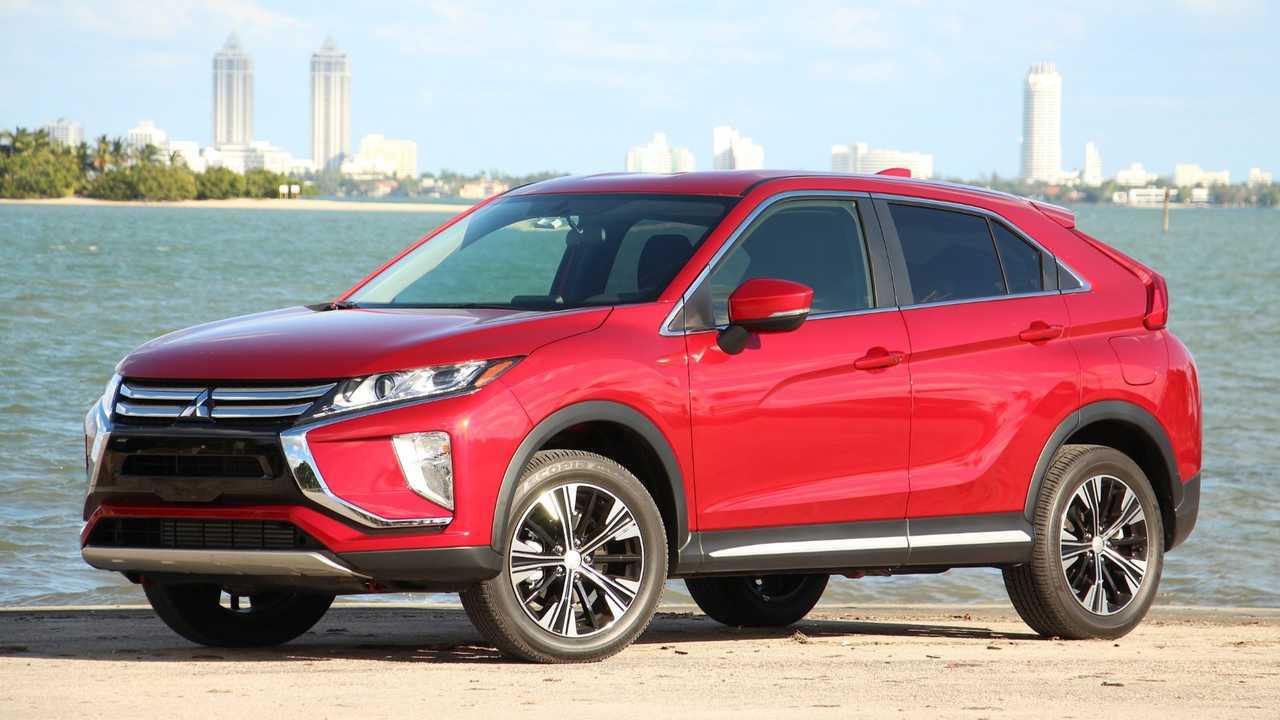 Mitsubishi’s best is still below average.

A sporty nameplate on a compact crossover is what enthusiasts might deem “sacrilegious.” We weren't as offended by Mitsubishi's decision to use the Eclipse nameplate for its latest CUV, though. Our hope, at least, was that this new crossover would be at least half as sporty as the classic coupe with the same name. But quickly, Mitsubishi dashed our dreams.

The 2019 Mitsubishi Eclipse Cross is a perfectly fine crossover; it looks stylish and has some nice, new tech. In fact, it's one of the best products the company has ever built. But in a crowded segment against a more established crop, not even a nostalgiac name combined with Mitsubishi's most valiant effort is enough. There are still far better options.

At first glance, the Eclipse Cross looks like a shrunken, more-jagged Pontiac Aztek. And just like the Aztek, we have a weird attraction to this crossover, too. Its design is interesting, unlike other crossovers in the class (outside of maybe the Toyota CH-R or RAV4), with features like a funky, wedge-shaped rear and split rear window that attract the eye. And the 18-inch wheels (on the SE trim) aren’t bad either.

The grille is less fun to look at. That huge, gloss black trim piece and fake chrome accents consume it, detracting from more-likable front fascia features like sharp headlights and a rugged-ish silver running board. All in all, the Eclipse Cross has a polarizing look, but we think it works.

For all the extreme edges on the outside, you expect to find the same when you open the door. But, no. The Eclipse Cross's cabin is perfectly plain, with a healthy heaping of black plastic and faux chrome trim pieces. You'll have to search long and hard for leather (spoiler alert: there's some on the door armrests), and the same piano black trim on the front fascia carries over to surround the infotainment system. Most of it, though, is pretty standard fare for the segment.

The heated, bolstered cloth seats are a high point. Both the front buckets and back bench are firm but comfortable, and even have a neat little design that helps them stand out. The sloping roofline compromises rear headroom (just 37.3 inches), and cargo space isn't great either (22.6/48.9 cubic feet). But with a modest 35.3 inches of rear legroom and decently sunk in backrests, it's still a comfortable place to sit. For what it's worth, the Mazda CX-5 (39.6 inches) and Honda CR-V (40.4 inches) are both better.

All around, the Eclipse Cross sees improvements in the tech department over other Mitsubishis. All trims come standard with a 7.0-inch touchscreen, while the SE and above make do with Apple CarPlay and Android Auto Connectivity, as well as Mitsubishi's new touchpad interface. Visually, they appear on par with the class – but once you get hands on the functionality of the setup, it feels less impressive.

Mitsubishi's touchpad gets docked for the same reason as Lexus's setup: It's vague and slow to respond. And the 7.0-inch touchscreen, while pretty to look at from afar, has poor touch responsiveness and dated graphics.

Don’t let the nameplate fool you, the Eclipse Cross is no sporty crossover. The body rolls dramatically and without warning, the steering is all over the place, and the spring rate is way too soft. The Eclipse Cross feels unruly at anything over 50 miles per hour (i.e.: highway speed), you just never know what it wants to do.

The turbocharged 1.5-liter four-cylinder engine is pretty good on its own. Paired to a CVT, it produces 152 horsepower and 184 pound-feet of torque, with little to no lag. Problem is, it isn’t good for this car. It fails to move the 3,496-pound Eclipse Cross around without lots of wheezing.

Stomp on the gas and there’s an immediate burst of power, followed by a quick plateau. It takes too long for the Eclipse Cross’s engine to build revs; getting to 60 miles per hour takes 8.6 seconds and highway passing feels like a chore.

For $2,500, the Touring Package offers safety features like automatic emergency braking, lane departure warning, adaptive cruise control, and automatic high beams. Without it, though, the Eclipse Cross is pretty weak in the safety department. Only blind spot monitoring and rear cross traffic alert are available. The former system was a bit too eager to send off sensors in the cabin, detecting things like tall bushes and curbs.

For as underpowered as this engine is, at least it’s relatively efficient. The Eclipse Cross returns 25 miles per gallon in the city, 26 on the highway, and 25 combined. The all-wheel-drive Ford Escape is better on the highway (28 mpg), but less impressive than the Eclipse Cross elsewhere (22 city/24 combined). Same goes for the Kia Sportage with all-wheel drive (21 city/25 highway/23 combined). The Eclipse Cross still isn’t as good as the segment front-runner, though. The Honda CR-V gets 27 city, 33 highway, and 29 combined.