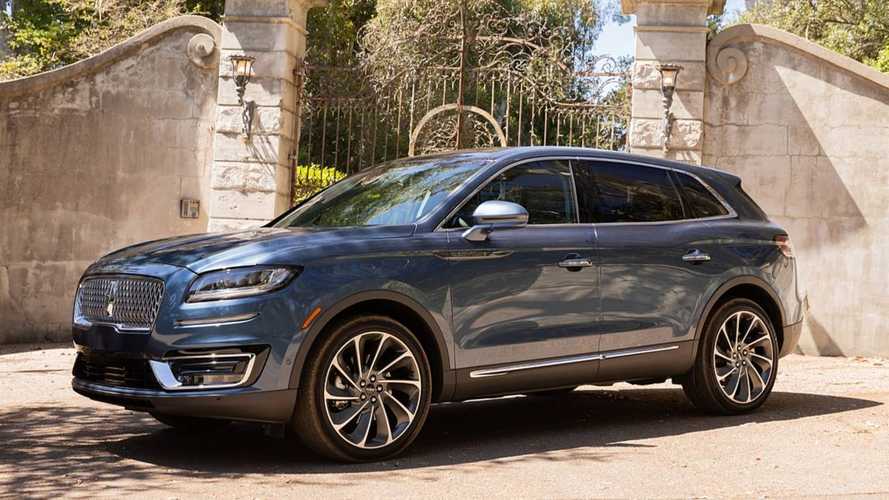 The Navigator was a revolution, the Nautilus is an evolution.

In an attempt to bottle some of the success of the new Navigator (but on a smaller scale), Lincoln is introducing the Nautilus. Its fresh face – reminiscent of its three-row sibling – and new engine options provide the crossover previously known as the MKX with a much-needed makeover. But if the Navigator was a dive head-first into the deep-end of the luxury pool, then the Nautilus is still splashing around in the shallows.

Ahoy, It's The Nautilus:

2019 Lincoln Nautilus Picks Up Where MKX Left Off

The Nautilus rides on the same platform as the outgoing MKX. Visually, at least, the Nautilus is a much more appealing product. It ditches the split-wing grille for the latest Lincoln design language. It’s the same look you’ll find on the larger Navigator, the smaller MKC, and the Continental luxury sedan. It's an attractive look, even if the front fascia is a little busy.

All those silver vents and sharp creases on the front fascia carry over from the larger Navigator, and they mostly do the shape of the Nautilus justice. Same goes for the rear; even though the design is nearly the same as the outgoing MKX, a subtle restyle of the taillights and trim pieces complete the SUV's updated look.

But the Nautilus is more than just a pretty new face. The midsizer now has a brand-new entry-level engine: a turbocharged 2.0-liter four-cylinder that puts out 245 horsepower and comes standard with stop-start technology and an eight-speed automatic. For what it's worth, you won't miss the ancient 303-hp 3.7-liter V6.

This Nautilus' new four-cylinder engine is a smooth operator. It does away with the larger output of the outgoing V6 in place of a broader torque curve and more efficiency. The new eight-speed automatic can also be thanked in part for that increase in miles per gallon.

At the top of the Nautilus range, there's a more powerful twin-turbocharged 2.7-liter V6 engine – an EcoBoost engine, if you prefer the marketing name – that produces 335 horsepower and 380 pound-feet of torque. This is near the top-end of the class in terms of power. Lincoln says it's a heavily revised carry-over from the MKX, and like the smaller 2.0-liter unit, comes paired to a brand-new eight-speed automatic transmission. We spent most of the day with this larger engine.

The larger 2.7 is the one you want if you lust after performance luxury. The entry-level 2.0-liter option, while respectable and efficient, doesn't hold a candle to the larger option in a straight line. The top-end Nautilus puts power down with little lag from either the turbochargers or the drive-by-wire throttle. And in Sport mode the transmission will hold gears longer, while the throttle becomes even more responsive. The eight-speed automatic is quick to downshift. If this is any indication of what the sporty-ish Edge ST (which has the same setup) will be like, then it should be halfway decent.

The top-end Nautilus puts power down with little lag from either the turbochargers or the drive-by-wire throttle.

All-wheel drive is available on both the 2.0- and 2.7-liter engines, but the Nautilus has front-wheel-drive bias that improves fuel economy. The driveshaft disconnects automatically in certain conditions, sending power only to the front wheels. A nifty read-out on the instrument cluster indicates what the all-wheel-drive system is doing at all times. In my experience, the Nautilus appeared to mostly send power to all four wheels during more dynamic drives, while cutting power to the rear wheels during highway drives.

This all-wheel-drive system – a first on any Ford or Lincoln vehicle – actually helps improves the Nautilus' efficiency over the outgoing MKX. With the 2.0-liter engine, the Nautilus returns an EPA-estimated figure of 25 miles-per-gallon city, 25 mpg highway, and 23 mpg combined. That's four better in the city, one on the highway, and three combined relative to the old six-cylinder engine. The 2.7-liter engine, meanwhile, sees a two mpg jump across the board.

Facelifted and more efficient, the Nautilus has a lot going for it. Inside, it features a configurable 12-inch digital instrument cluster, supremely comfortable leather seats, and a hearty amount of rear legroom (39.6 inches) and headroom (39.2 inches). There was plenty of room in the rear for my six-foot frame. But other aspects of the Nautilus’s cabin fell short of expectations.

On non-Black Label models, there’s an uncouth mish-mash of wood treatments and plasticy trim pieces. The center console is especially offensive, as it’s surrounded by bargain-bin black plastic trim and cheap silver pieces – just like the MKX it’s supposed to improve upon. And there are significant panel gaps between the instrument cluster and the dashboard.

There is some reprieve for those with flush pockets, though. The Nautilus Black Label is like upgrading from business class to first class; all of the leather is softer and more supple, the seats are finished in a beautiful cross-stitched pattern, and even the headliner – which comes in a smooth, suede-like finish – is improved. But here's the kicker: you can't get a Black Label model for less than $56,895. The base Nautilus, meanwhile, starts at $40,340.

For that kind of money, you can get a base Nautilus with front-wheel drive and a 2.0-liter engine. If you really can't shake the desire to take home Lincoln's latest crossover, then the 2.7-liter option with all-wheel drive is the one to get, it starts at $49,110. For a fully loaded Black Label with the 2.7-liter engine, prepare to dish out more than $70,000.

Our tester’s optional Driver Assistance package was mostly flawless on the straight highways of Santa Barbara. Lane-centering kept our Nautilus steadfast between the two lane lines with no ping-ponging or noticeable confusion. The crossover struggled to circumvent tighter curves, though. It was hit or miss in its delivery of driver-assistance tech. Sometimes it worked, sometimes it didn't.

It may not be as revolutionary as the Navigator, nor as refined or fun to drive as some of its classmates. But with new style, new engines, and updated tech, the Nautilus is definitely a step in the right direction for the Lincoln brand.