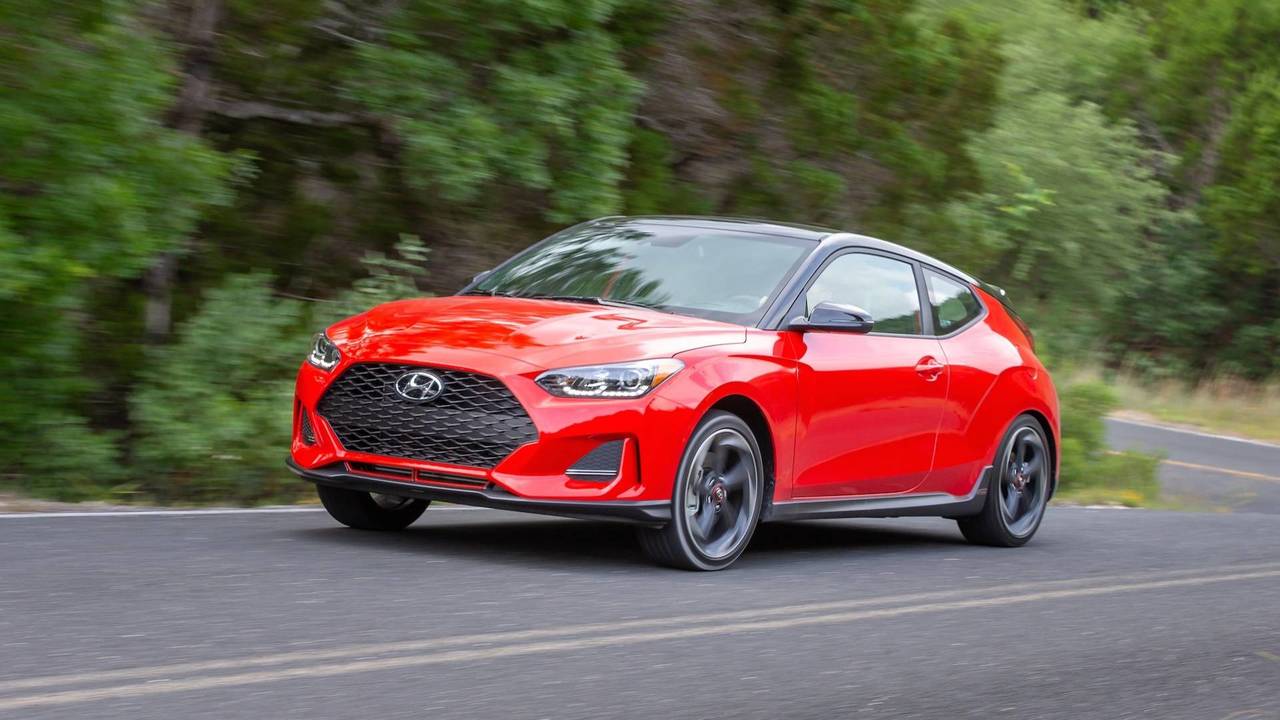 The Veloster has grown up – not only is it better looking, but it’s even better to drive, too.

Quirky; it’s hard to think of a term that more perfectly embodies a vehicle like the Hyundai Veloster, a cool little hatchback from this popular South Korean automaker. The same eye-catching styling and endearing cues that drew buyers in from the get go carry over, but now they’re a bit more grown up. The new Veloster is sharper, more refined, and thanks to some extra engineering, it’s more of a desirable product than ever.

The first thing you’ll notice is the new look. It’s hard not to fall in love with Veloster’s sharp edges, especially when wearing the two-tone Racing Red and black paint job pictured here – one of six new color options added for 2019. The Veloster, particularly in the sporty-looking Turbo trim with 18-inch wheels, is easily one of the best-looking, most-stylish vehicles in its class.

More On The New Veloster:

The new design is highlighted by a corporate Cascading Grille, similar here to siblings like the Elantra Sport and European i30. A sculpted lower diffuser, and functional air curtains continue the aggressive theme up front, while centrally mounted dual exhaust tips, and new LED taillights enhance the aggressive angles in the rear.

Inside is much of the same. The cabin has been fully reworked, with a fun new two-tone, black-and-white offset color scheme, sport bucket seats – covered in either comfortable cloth or soft, high-quality leather – and a driver-centric layout. It’s a significant styling upgrade over the outgoing model, but it’s far from perfect.

The cabin comes littered with way too many hard plastics, particularly on the door panels and dash, and features a cramped passenger seat. Shoving my six-foot frame into this hard, confined corner of the vehicle wasn’t nearly as comfortable as sitting in the driver’s seat. And no matter the trim, buyers can not option electronically controlled seats.

In terms of powertrain options, the Veloster hasn’t been as dramatically revised. Updated versions of the same turbocharged 1.6-liter and naturally aspirated 2.0-liter engines carry over, but power is now more of a priority, particularly on the former.

The Veloster Turbo’s reworked 1.6-liter engine now powers up all 195 pound-feet of torque at just 1,500 RPM (down from 1,750 RPM) – and it shows. The Veloster takes off like a pocket rocket, and continues to pump out significant amounts of torque all the way up through sixth gear. Even with just 201 horsepower, it never feels underpowered.

The turbocharged R-Spec model I drove for most of the day comes paired to a six-speed manual gearbox exclusively, like nature intended. Premium Turbo trims can be had with a refined, quick-shifting seven-speed dual clutch (which I drove briefly later in the day) – but the short-throw, six-speed shifter reigns supreme in terms of fun-to-drive-ability. The gearbox is especially sharp at full tilt, easy to toss into gear quickly, with a smooth, forgivable clutch that curbs “dumping.”

On the twisty roads just outside of Austin, the Veloster Turbo is an absolute riot at speed. A stiffer multilink rear suspension setup keeps the vehicle well planted, and the steering is significantly weighted with the Sport button clicked. It’s not as scalpel sharp as a Volkswagen GTI, though, nor even as naturally athletic as, say, a Honda Civic Si; the steering, though heavy and quick, is a bit twitchy in faster corners and not hugely confidence inspiring.

Fun driving pairs with plenty of tech. In this case, Apple CarPlay and Android Auto come standard, as does a 7.0-inch touchscreen (buyers can also opt for an 8.0-inch unit). It’s not the most refined display; the layout is clunky and difficult to navigate while on the move due to its poor touch input, and it feels like an aftermarket fitment – but it’s hard to be truly disappointed with it, especially with the cleanly laid out steering wheel controls to assist you.

The Veloster Turbo is an absolute riot at speed.

Given its performance credentials, you might not guess that safety is also strong selling point for the Veloster. The handsome hatch comes standard with collision avoidance and lane keep assist – the latter works impressively on the highway, keeping the vehicle perfectly centered without ping-ponging it from one side of the lane to the other. Driver attention warning, blind spot monitoring, rear-cross traffic alert, and high-beam assist can also be optioned, further lending credence to the Veloster’s safety capabilities.

The cheapest Veloster you can get – a 2.0-liter with a six-speed manual – starts at a reasonable $18,500. But in terms of affordable performance, the $22,900 R-Spec is the sweet spot. It’s significantly cheaper than less-powerful rivals like the Mini Cooper S ($26,400), and even sporty sedans like the Honda Civic Si ($24,100). And though it’s down on power compared to the GTI, it’s more than $3,500 cheaper. If you want the fully loaded Turbo Ultimate with a seven-speed DCT, you’ll have to dish out a bit more; that model comes in at $28,150.

All told, the Veloster carves out a unique niche in this segment. If you want something more basic and a bit blase, you might be drawn more to the GTI – but if you want quirky styling paired with fun driving dynamics, and superior safety tech, the Veloster Turbo is the hot hatch to get. 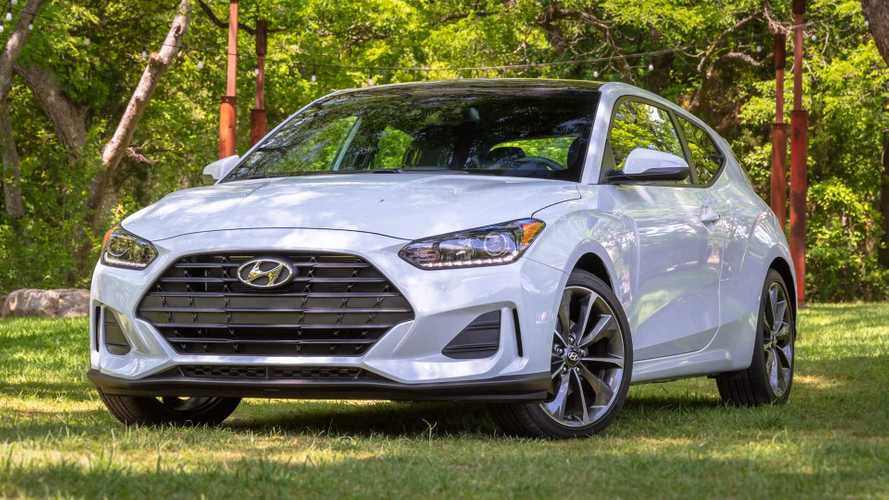