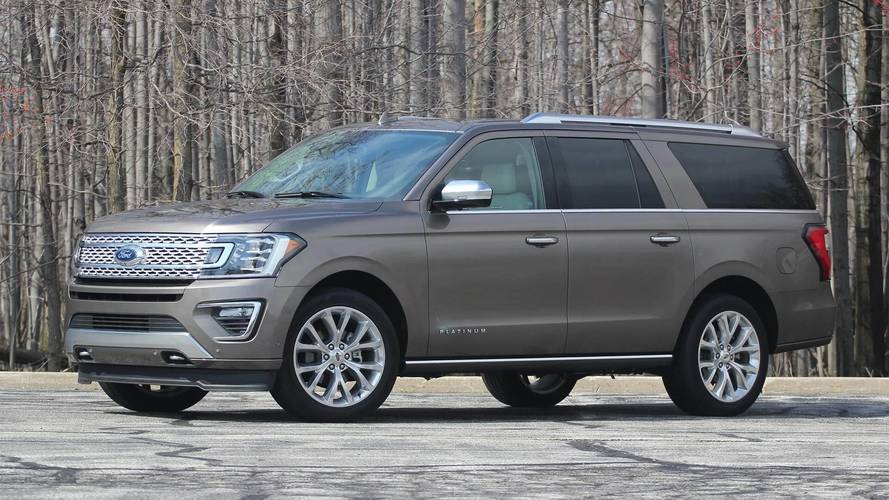 Ford picked the perfect time to step up its SUV game.

The 2018 Ford Expedition is a real SUV – not a car-based crossover utility vehicle that can’t tow a lick, but a body-on-frame, truck-based sport utility vehicle like our daddies used to drive. Built using the bones of the beloved F-150 pickup, the all-new Expedition has been redesigned inside and out, reskinned with aluminum to save weight, and loaded with new technology to make your life easier.

This particular model, the Expedition Max Platinum 4x4, is the pinnacle of Ford’s SUV pyramid. Extra long and extra loaded, its only natural competitors are the equally enormous Chevy Suburban and GMC Yukon XL. Those crosstown rivals should be worried, though, as the new Expedition arrives with nary a flaw compared to the old model.

Real SUVs are really expensive, so don’t be surprised that something this large and stout has a base price of $51,790. That’s right in line with the base price of a Chevy Tahoe at $51,495. The bigger and decked out Expedition Max Platinum that I’m testing rings in at $81,590, though. That’s a few thousand dollars more than a loaded Chevy Suburban, but still much less than similarly equipped, extra-long luxury full-size SUVs like the Cadillac Escalade ESV or Ford's own Lincoln Navigator L.

Any way you cut it, these are costly machines when compared to less expensive three-row crossover utility vehicles like Ford’s own Explorer. The Expedition, though, is a specialized tool with towing and hauling capabilities the Explorer can’t match. That specialization is what drives up the cost, so make sure you’ll use it this way before considering a real SUV like the Expedition.

Surprisingly, the Expedition’s all-new exterior looks quite aerodynamic considering the sheer size of the vehicle. The new front end is clearly a Ford product, even F-150-like with its grille that extends out into the headlights. It’s not sharp or mean, like the face of the Tahoe/Suburban, but rather soft and slippery for cheating through the wind.

The straight lines along the side emphasize the length of the Expedition Max, which is considerable at 221.9 inches, or 18.5 feet. That’s a full 12 inches longer than the standard Expedition. Yet, with large windows all around and the Platinum trim’s giant 22-inch wheels, the whole thing looks well proportioned.

Interior comfort isn’t a problem for a vehicle this big. The Expedition Max offers elbow room in every direction for all three rows of passengers. Ford also claims it has the most second- and third-row legroom among the Expedition’s competitors, and my kneecaps agree. The third row is truly expansive and feels even more so with those big windows that offer unimpeded views. Getting back there is simple, too, thanks to tip-and-slide second-row seats that get out of the way for easier ingress. Nothing short of a minivan will be more comfortable for seven or more people to travel in than an Expedition Max.

It’s equally as excellent if passengers aren’t your preferred cargo. With the third row of seats in place, there are 36.0 cubic feet of cargo space, which is about double the size of a large family sedan’s trunk. Power-fold the third row down, and space expands to 73.3 cubic feet. Fold the second row seats as well and you’re now facing 121.5 cubes of volume that needs to be filled with something – tell that daughter of yours that Girl Scout Cookies don’t sell themselves.

Because you want to know, I’ll tell you: the Suburban’s cargo volume maxes out at 121.7 cubic feet. That makes it technically larger than the Expedition Max, but in reality the difference only equals about a dozen Thin Mints.

The Expedition also offers active noise cancellation, which works to counter undesirable noise from things like the engine and wind whipping by. Many luxury automakers employ this technology to keep their cabins serene, so it’s nice to see it used in the more mainstream Expedition.

With its large eight-inch center touchscreen running the latest version of Ford’s Sync 3 infotainment system, as well as another large digital display between the gauges, the Expedition Max’s technological credentials are sound. Apple CarPlay and Android Auto compatibility are present, as is a wireless charging pad for smartphones, and two USB ports for every row of seating.

Other tech tidbits include cameras all around the outside that not only offer a top-down, 360-degree view at low speeds for help when parking, but also a front view that lets you see left and right when your eye-line might be blocked. The engine also features start/stop technology to save gas, and there’s an active park assist system that will steer you into a spot regardless of whether it’s a parallel or perpendicular one. Because my tester is a Platinum model, it also comes with second-row heated seats, power running boards, and a panoramic sunroof.

Much of the Expedition Max Platinum’s high score in this category can be credited to its engine, reduced weight, and ever-adapting suspension.

The engine in question is Ford’s lauded biturbo 3.5-liter V6 producing 375 horsepower and 470 pound-feet of torque. Mated to the many cogs of a 10-speed automatic transmission, this powertrain makes the big Expedition Max feel smaller and lighter than it really is. Acceleration and passing power are there at all times thanks to those turbos that provide torque almost instantly, and it’s all delivered without strain or protestation.

The Expedition is lighter than before, by several hundred pounds, thanks largely to the use of aluminum instead of steel for its body panels. The Expedition Max now weighs less than the Suburban, though don’t get excited because it’s only by a handful of pounds. Still, removing so much weight from such a tall, high-riding vehicle does wonders for handling, especially when paired with the Expedition’s independent rear suspension and Continuously Controlled Damping suspension. The latter works in the background to suit the suspension’s damping to any situation – soft for a smooth ride down the highway and then firm to counter lateral forces while cornering. It also offers three presets called Comfort, Normal, and Sport, though I felt Normal handled most scenarios well enough to just leave it on that setting.

Lastly, in terms of towing prowess, the Expedition Max 4x4 slays with a maximum tow rating of 9,000 pounds. Opting for two-wheel drive would gain you another 200 pounds of towing capacity, and another hundo could be had going from the Max to a standard length Expedition. For comparison’s sake, a Suburban 4x4 tops out at 8,000 pounds of towing capacity. In the world of towing, that’s a big difference that should win the Expedition a few new fans. Also, hooking up your rig couldn’t be easier thanks to Ford’s Pro Trailer Backup Assist system, which lets you steer in reverse using a little knob on the dash and the rear camera display.

This is all great if you’re ordering the loaded Expedition Max Platinum that I drove, where all of these features come standard, but buyers of less expensive trim levels, particularly the standard length, base Expedition XLT, will have to pay extra for them. 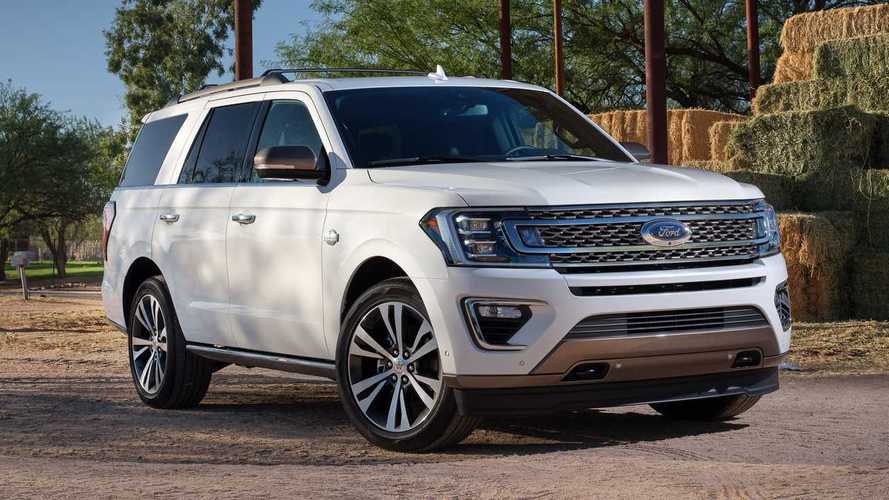