It still makes a case for making your short list.

Folks shopping for family vehicles today overwhelmingly choose large three-row crossover utility vehicles, and the 2018 Toyota Highlander attracts its fair share of them, despite being one of the segment’s elder statesmen. Interest in the Highlander remains high, though, and for good reason. For one, it benefits from Toyota’s industry-leading reputation for reliability that promises a hassle-free ownership experience. And two, Toyota has given the Highlander – all new Highlanders, in fact – a standard suite of advanced crash-avoiding safety features that normally cost thousands of dollars extra on other vehicles. So though it may be a bit old, the Highlander is far from irrelevant. 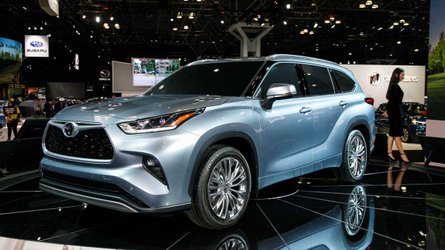 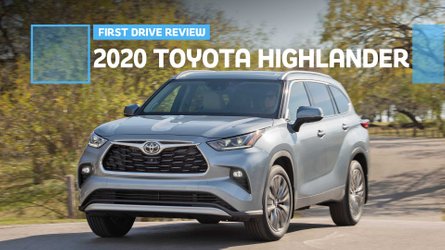 The Highlander’s base price is $31,030, which is competitive with other popular three-row crossover utility vehicles. However, none of the competition include a complete suite of advanced active safety features as standard equipment on all trim levels like the Highlander does. Called Toyota Safety Sense P (TSS-P), these technologies normally cost thousands of dollars extra on other crossovers and are restricted to more expensive trim levels.

This particular Highlander is a mid-range XLE AWD model that starts at $38,920 in front-wheel-drive form and $40,380 with all-wheel drive. The only option added from the factory is a rear-seat Blu-ray DVD entertainment system with a single nine-inch display mounted to the ceiling behind the front seats. All-in with a $960 destination charge, the total cost comes to $43,184. Again, that’s on par with similarly equipped competitors, and most manufacturers, including Toyota, have even nicer, more luxurious trim levels that can crest $50,000 in price.

Toyota last redesigned the Highlander four years ago. Its age, combined with the fact so many are sold, means the Highlander’s looks have become very familiar. It was last updated in 2016, and while the design doesn’t necessary look dated, there’s nothing about it that will light up your amygdala.

The Highlander’s interior is all about utility, and less so aesthetics. For instance, this particular model features brown interior accents on the door panels and seat stitching that, to be frank, aren’t the shade of brown one associates with good things. There’s also a clock atop the dashboard that, for some reason, gets its very own display and looks as dated as a digital watch.

That said, the interior handles the function of daily driving better than most thanks to large cupholders, lots of USB ports, and a deep center storage bin. The most useful part is a tray that runs beneath the center and passenger side of the dashboard. Like a kitchen junk drawer, it’s handy for accepting items you don’t know where else to put, like toll tickets, loose change, and, in my case, a troll doll.

Comfort is also not an issue in the Highlander, as long as you’re in the first two rows of seats. Up front, the driver’s seat is particularly accommodating, a claim which I tested while driving 12 hours in two days and emerging with a back and butt that were none the worse for wear. The third row of seats, however, is one of the segment’s smallest, not even suitable for young teens. That puts the Highlander in the company of crossovers with occasional use third-row seating like the Hyundai Santa Fe and Kia Sorento.

The Highlander’s worst performance in our ratings came courtesy of this category. Credit the fact the infotainment system is primitive, with dated graphics and limited capabilities compared to newer systems on the market. Shockingly for a 2018 model, Apple CarPlay and Android Auto are still not available on the Highlander (nor most Toyotas, for that matter). Lastly, there’s very little technology available in the Highlander that’s new or desirable. It’s got a rear-seat entertainment system that plays Blu-ray discs, but how significant is that in a world where most children have access to smartphones and tablets that stream their favorite shows? And while it has five USB ports, none are in the third row. The one interesting bit of tech Toyota does offer, Easy Speak, which amplifies the voices of people up front to those in back using the stereo’s speakers, wasn’t included on this test vehicle.

I was pleasantly surprised at the range and versatility of the Highlander’s suspension. The ride isn’t overly cushy, though it’s plenty pliable for our nation’s pockmarked roads. The handling, meanwhile, was more taut and direct than I’ve come to expect from most three-row crossovers. Likewise, the steering was well tuned with just the right amount of assist at every speed.

The driving dynamics are backed up by a beefy 3.5-liter V6 engine producing 295 horsepower and 263 pound-feet of torque. That makes the Highlander one of the most powerful three-row, V6-powered crossovers you can buy, though not by all that much. Power here is directed through an eight-speed automatic transmission that mostly stays invisible in operation. Towing for this rig tops out at 5,000 pounds, which is very good but also matched by most other V6-powered competitors.

If your family’s safety is priority numero uno, then your values are aligned with Toyota’s. The automaker has made its Toyota Safety Sense-P (TSS-P) suite of advanced active safety features standard on all trim levels of the Highlander, which deserves high praise. TSS-P comes with lane departure warning and lane-keep assist, radar-based cruise control, a pre-collision warning system with automatic emergency braking, and automatic high beams. The XLE trim level and above also come standard with a blind sport warning and rear cross traffic alert system, while front and rear parking sensors are reserved for the top two trim levels. The 360-degree-view camera, which Toyota calls Birds’ Eye View, can only be had on the highest trim level. TSS-P alone packs enough accident avoidance firepower alone, though, to place the Highlander in rare air in regards to safety.

You’ll find nothing shocking, good or bad, about the Highlander’s running costs and fuel economy. It’s rated to achieve 20 miles per gallon in the city and 26 on the highway, which is right in line with V6-powered competitors (and some turbocharged four-cylinder ones), as is its combined rating of 22 miles per gallon. Premium fuel is not required, either. If fuel efficiency is your jam, though, Toyota also offers the Highlander Hybrid, which achieves a maximum rating of 29 mpg combined.