My old man wanted a Toyota Highlander, and a terminal diagnosis wasn’t going to stop him from getting one. Call it willful ignorance or blind hope, but dad bought himself a Highlander knowing full well his disease would soon take away his ability to drive. Or surf.

Dad sought a crossover that afforded him the ability to drive with his longest board perched in the cabin. The previous-generation Highlander’s two-piece hatch allowed just that thanks to its rear glass that opened separate of the liftgate. Nevermind that the Toyota 4Runner’s or Sequoia’s power-operated window, which sinks down into the hatch itself, is arguably the better choice for hauling particularly long items. 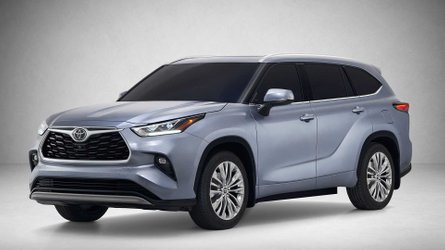 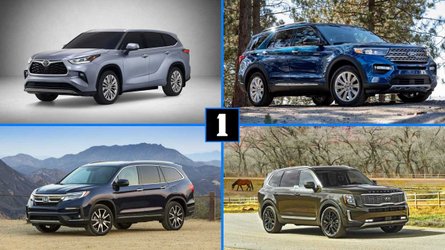 How The 2020 Toyota Highlander Stacks Up To The Newest Crossovers

Oh, how dad would hate the 2020 Toyota Highlander. If only because the prior model’s two-piece hatch is no more. Instead, the crossover relies on a simpler single-piece unit that lacks a separate glass opening. The new Highlander is certainly better than its predecessor, but it’s also devoid of little distinctions that help loosely differentiate the model from other options in the crowded, and often derivative, full-size crossover segment.

Bigger, But Not Big

Rather than go big, the latest Highlander stays relatively small. With a mere 2.4 inches added to its overall length and wheelbase, the 194.9-inch long Highlander is the shortest vehicle in its class. The Toyota’s comparatively small size certainly benefits its evolutionary styling and its low roofline, wide front and rear tracks, and bulging fenders bring a more dynamic look to the model.

Instead, the Highlander’s additional length directly benefits the cargo bay, which grows by 2.2 cubic feet to 16.0 cubes with all seats in place. The Toyota still possesses one of the smaller holds in the segment, but it's now at least within a cubic-foot of what the Honda Pilot offers aft of its third row. Dropping the 60/40-split backs of the Highlander's three-across rear bench nets a reasonable 48.4 cubic feet of space; a sum that’s only topped by the Buick Enclave, Chevrolet Traverse, and Volkswagen Atlas.

Like others in its class, the Highlander is available with two second-row seating options: a three-across bench or a pair of bucket seats. Regardless of setup, the middle-row seats benefit from 41.0 inches of legroom, or 0.7 inch more than those of an Avalon.

In spite of its relatively small size, the Highlander still feels rather large from the driver’s seat. It’s not quite as intimidating to pilot as an Enclave or Traverse, but the Toyota lacks the CX-9’s ability to shrink around its driver. In short, the Highlander drives like a three-row crossover. Albeit a particularly refined three-row crossover.

Credit the Highlander’s adoption of the Toyota New Global Architecture-K platform that also underpins the likes of the Avalon, Camry, and RAV4. As in those vehicles, the stiff structure works with the Highlander’s well-damped suspension to maintain a comfortable ride and quiet cabin in all sorts of conditions. Rough or pockmarked tarmac fails to unsettle the chassis, while the crossover’s direct-but-dull steering and firm-but-numb brake pedal provide the driver with a sense of reassuring control. Driving engagement, however, is largely missing. If you want a full-size crossover that’s fun to drive, then get a CX-9.

Unlike its forebear, which was available with either a four- or six-cylinder engine, the latest Highlander relies exclusively on a 3.5-liter V6 for motivation. (The gasoline-electric Highlander Hybrid, meanwhile, trades its prior six-cylinder engine for a 2.5-liter inline-four that works with multiple electric motors to produce a total of 243 horsepower.) With 295 horsepower channeled to the front wheels by way of an eight-speed automatic, the Highlander accelerates reasonably quickly, albeit with noticeable torque steer. Nevertheless, opting for all-wheel-drive quells much of the fuss at the front wheels.

If you want a full-size crossover that’s fun to drive, then get a CX-9.

Whereas lower-level L, LE, and XLE models carry over the old Highlander’s all-wheel-drive system (a $1,600 option), the higher-spec Limited and Platinum trims rely on a newer setup that includes a torque-vectoring rear axle and the ability to connect and disconnect the rear driveshaft at a moment’s notice in order to improve the Highlander's fuel economy (a $1,950 extra). Whatever efficiency gains it achieves, however, are small, and the Environmental Protection Agency (EPA) rates every all-wheel-drive Highlander at 20 miles per gallon in the city, 27 mpg on the highway, and 23 mpg combined. That’s down a few mpg to the front-wheel-drive model, which manages to return EPA figures as high as 21 mpg city, 29 mpg highway, and 24 mpg combined.

Arguably, the Highlander's magnum opus is its 12.3-inch dash-mounted infotainment screen. Standard fare on the top-line Platinum trim (and an optional extra in the Limited), the massive touchscreen features clear graphics, generally intuitive menus, and a myriad of hard buttons for controlling simple climate control and infotainment tasks. Opting for the Platinum also nets a trim-exclusive 10.0-inch head-up display system.

All other Highlander trims come standard with a smaller 8.0-inch touchscreen and a full array of climate controls. Apple CarPlay and Android Auto are standard across the board, while an in-dash navigation system comes standard on Limited and Platinum trims and is optionally available on the XLE.

Despite its laudable fit-and-finish, the cabin suffers from a mishmash of materials that vary in texture and quality. As a result, the insides of the Highlander appear needlessly busy. Blame the tacky looking two-tone dash and door panels, multiple grades of plastic, and swaths of silver and black trim. Things are even worse in the high-end Limited and Platinum trims, which add kitschy faux-wood to the mix.

What the interior lacks in form, it makes up for in function.

But what the interior lacks in form, it makes up for in function. Notably, the cabin includes a pair of deep wells molded into the center and passenger-side portions of the dashboard, as well as a sizeable bin – that also hides the crossover’s available wireless charging pad – under the center-console armrest.

Both undersized and overpriced, the Highlander lacks a distinct edge to set it apart from its more spacious and less expensive competitors. For instance, a two-piece liftgate.