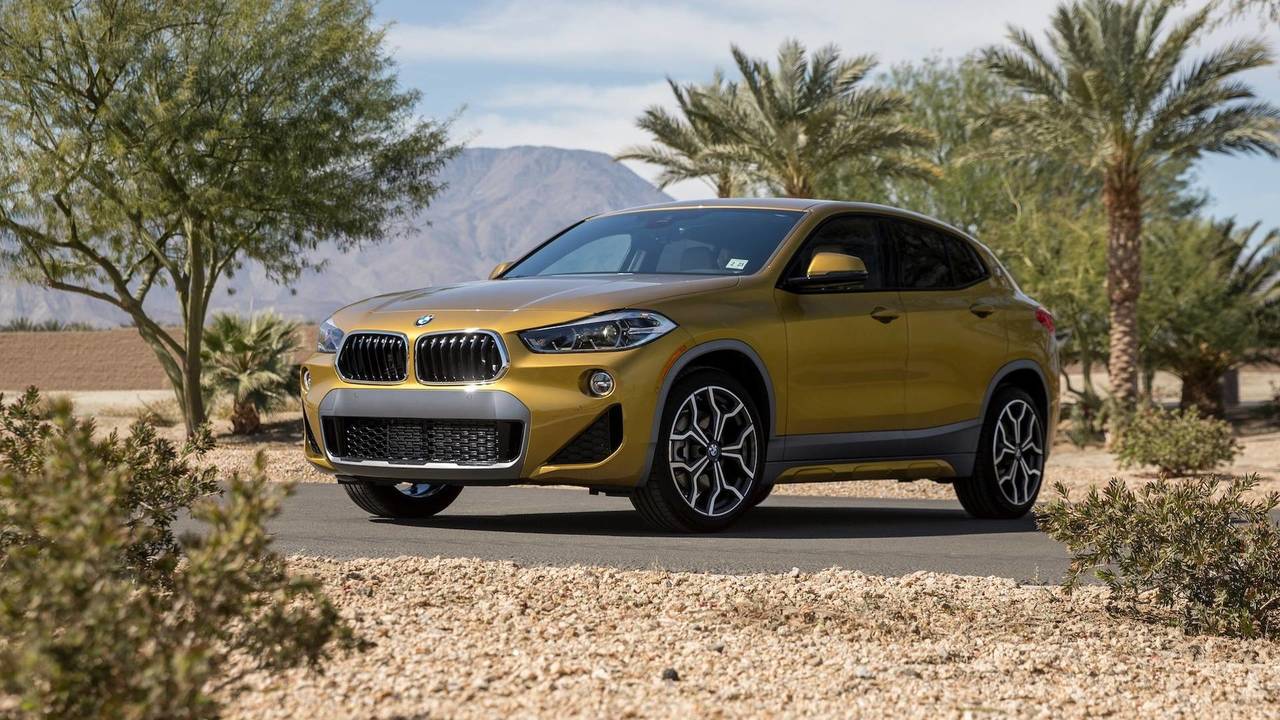 With cool styling and a peppy engine, the X2 offers everything that makes a crossover fun.

The X2 is the final piece in BMW’s long-successful SUV puzzle. It fills the barely noticeable gap between the X1 and X3 as a smaller, sportier offering following more mainstream models before it. But as other automakers have already found out, this niche can prove lucrative. So, with a market already saturated with coupe-style SUVs, particularly from rivals like Audi, Jaguar, Mercedes-Benz, Land Rover, and others, what does the X2 have to do to stand out? For one, it needs to be unique.

The look of the X2 is distinctive, even for this segment, and its smaller size and stout frame give it an edge over more plainly styled offerings. Grey plastic details on the side profile and grille are the only major undoing in terms of design, but BMW says the styling cues help accentuate the X2’s ride height and give it a more rugged look overall, which should appeal to some adventure-seeking consumers.

It’s no off-roader, though – unless you consider sidewalk curbs an obstacle. The X2 is low to the ground with a ride height of 7.2 inches, and sits on a set of 18-inch wheels wrapped in low-profile Michelin tires. An optional X Sport Design package ($4,650) helps punch up the styling a bit further with 19-inch wheels, like the ones pictured here, as well a few M styling cues littered throughout.

The sloping roofline is the X2’s defining feature. It helps separate the CUV from its more traditional X1 sibling, while still leaving enough room in the cabin for things like bikes, large dogs, and luggage. The X2 doesn’t feel claustrophobic; it stretches out to 172.2 inches from nose to tail, making it only 3.2 inches shorter than the X1.

Inside, there’s 21.6 cubic feet of space behind the second row, with more than 50 cubic feet when the rear seats are folded flat – that’s more than rivals like the Range Rover Evoque. Compared to the X1, the smaller X2 is six and eight cubic feet down, respectively – but at least its back seats are still big enough for normal-sized human beings. With 37.1 inches of rear headroom – a whole 2.3 inches down from the X1 – I was able to fit my six-foot frame in the back seat without bumping my head.

But you really want to be in the driver’s seat, anyway. The X2 is eager to showcase its performance credentials. The turbocharged four-cylinder engine delivers 228 horsepower and 258 pound-feet of torque. From a standstill, BMW says the CUV will sprint to 60 in 6.3 seconds – but a twisty mountain pass just outside of Palm Springs is where the X2 came alive.

With its snappy, direct steering; limited bodyroll; and well-tuned suspension, the X2 exhibits some really appealing handling characteristics. It’s no high-powered Porsche Macan Turbo, granted, but it’s playful and quick. The X2 has the ability to open up with decent power down the straights, while the suspension soaks up imperfections and provides good feedback at the same time. Even though it shares most of its bones with the X1, the suspension on the X2 is tuned for a sportier driving feel. This particular tester was wearing BMW’s M Sport suspension ($400), which drops it by 0.4 inch, and stiffens the ride up even more.

Cycle through the three available driving modes – Sport, Normal, and Eco – and the X2 injects a different personality at each. Holding revs and tightening up the steering rack, Sport mode aggressively tunes the engine and sharpens the handling to a level that feels almost hot hatchback-ish. Eco mode is far less brutal, coaxing as much efficiency out of that 2.0-liter engine as possible by keeping towards the top-range of the eight-speed gearbox and limiting throttle response. All told, the X2 returns a respectable 21 miles per gallon in the city, 31 on the highway, and 25 combined.

Unlike the CUV’s dramatic exterior and sporty driving cues, the cookie-cutter cabin leaves a bit to be desired in terms of originality, borrowing nearly all of its components from the X1. Standard synthetic leather will force most buyers to upgrade to the real stuff (a $1,450 cost). Thankfully, if you are willing to pay extra, you can play around with the colors; leather can be had in four different shades, including Magma Red, Mocha, Oyster, and Black. This particular example was wearing a nondescript black-and-tan combo, accented by aluminum trim on the door panels, dash, and center console.

Tech-wise, the X2 comes highlighted by an optional 8.8-inch touchscreen infotainment system (a 6.5-inch screen comes standard), with BMW’s iDrive 6.0 system standard, and optional Apple CarPlay and WiFi compatibility. Android Auto, surprisingly, isn’t available. The system is especially easy to use thanks to BMW’s centrally mounted rotary dial with a touchpad, and buttons aplenty give users one-touch access to media options, navigation, and vehicle settings. While the cabin is mostly hands-on, out back there’s a foot-activated tailgate.

Opt for the Driver assistance Package (a $700 option), and the X2 comes equipped with forward collision warning and pedestrian detection systems, as well as a lane departure warning system, automatic high-beam headlights, and traffic sign recognition. Admittedly, it’s not as well equipped out of the box as some of its competitors.

Buyers in the U.S. can pick up a new X2 for as little as $36,400 for the front-wheel-drive sDrive version, or $38,400 for the xDrive all-wheel-drive model. But don’t expect to pay that — the X2 gets especially pricey with options, bringing a fully loaded example to well over $53,000. Opting for features like the M Performance X Design package, the optional larger infotainment screen, and the unique Galvanic Gold Metallic paint job pictured here, another $550 option, will set you back significantly.

Still, the 2018 BMW X2 is unique. It completes the X range and fills a niche, all without sacrificing much in the way of usability. It’s essentially more of the same from BMW: a well-proportioned, fun-to-drive CUV that provides the premium feel you expect from the Bavarian automaker.