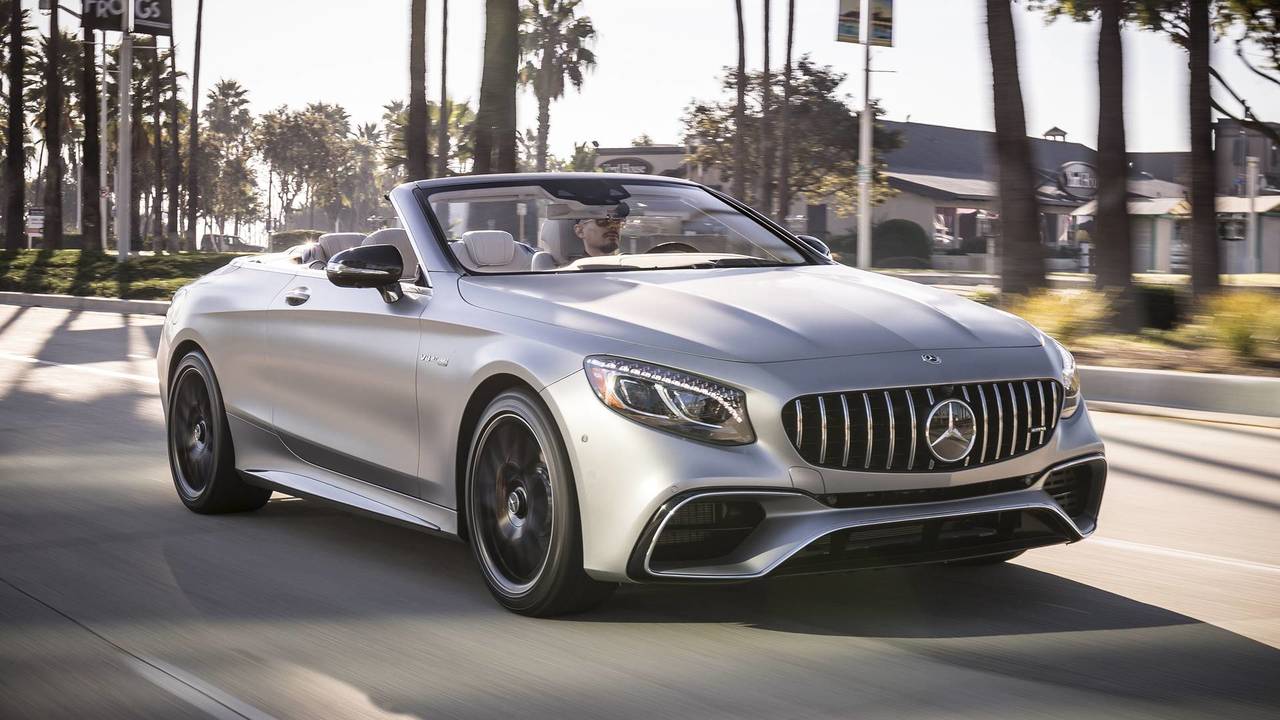 Is there a better car for driving down the Pacific Coast Highway? Probably not.

It’s a beautiful day alongside the Pacific Ocean, sunshine streaming down on me as I drive along, top-down, toward Los Angeles. Though the S-Class Cabriolet was already a superlatively wonderful convertible, the 2018 model’s updates prove that, yes, there was still room for improvement. To whit, this S63 has an extra 26 horsepower compared to last year’s model, its fascias are restyled with a prettier look, more technology is on board, and brilliant new OLED taillights highlight the rump. It’s an absolutely joy to drive and to look at, all while cosseting driver and passenger in the utmost comfort.

Looks fabulous. Just look at it. With its power top lowered, the Cabriolet is far and away the prettiest S-Class variant, and an extremely attractive car in general. Fabulous proportions, with that huge tonneau cover behind the seats, and the subtle curves of Mercedes’ “Sensual Purity” styling language, make this a car that instantly stands out Malibu or Beverly Hills. I especially like that the glamorous drilled-metal Burmester speakers are exposed when the roof is down.

Who needs the 65? Put your foot down at any speed to experience neck-snapping acceleration. The S63 is a rocket, even though the Cabriolet is significantly heavier than its sedan and Coupe siblings. It explodes off the line (even without using the Race Start launch control), and has epic passing power ready on command. Unless you’re just into badge snobbery, there’s no reason to get that V12-powered S65. In fact, the S63 is actually 0.6 seconds quicker in the 0-60 sprint than the S65.

Delightful suspension tuning. For all the tautness and precision available when dialed up to Sport+, the S63’s air suspension is perfectly calm and civil in its normal Comfort mode. In fact, driving this car normally, in traffic, is no more punishing or aggressive than the lesser S560. Composed and comfortable, it glides over roads

Clever wind blockers. The big downside to any convertible is the rush of wind that will muss your hair and deafen your ears, but the S-Class Cabriolet has rather clever power-deploying wind blockers to deal with both issues. At the touch of a button, a mesh blocker rises behind the rear seats, while another – called AirCap – pops up from the top of the windshield header. Together, they do an incredible job at reducing disturbance from wind at speed, though the front AirCap looks incredibly dorky when it’s raised. For maximum street cred, be sure to lower it before you pull up to the valet line.

Incredible convertible top. At some point, you’ll have to raise the convertible top, but it’s not too much of a penalty. For starters, the inside of the top is a supple, elegant fabric headliner that’s as soft as a fancy pillow. And in addition, that multi-layered top keeps so much wind noise out that you’ll swear the Cabriolet is as quiet, top-up, as the S-Class Coupe.

Some cowl shake. Though its chassis is incredibly stiff and rigid in the grand scheme of convertibles, there’s still some discernible flutter and shimmy over big bumps. It’s most noticeable only because I swapped directly from an S-Class Coupe to the Cabriolet; Sport and Sport+ suspension modes amplify the effect, while in Comfort most drivers won’t really remark on any cowl shake.

Not a lot of involvement. This S63 version of the Cabriolet is incredibly fast, with a massive wallop of torque delivered from 2,750 all the way to 4,500 rpm. It also dishes up plenty of handling fun, with sticky tires on 20-inch wheels and sharply tuned air suspension. What’s missing, though, is driver involvement. The delightfully precise power steering transmits precious little information back to the driver’s fingertips, and the brake pedal is similarly silent. Because this car is so unerringly confident and capable when driven fast on exciting roads, it doesn’t always thrill me as much as my speeds might suggest.