Big SUVs… so hot right now. Seriously, I’ve stop being surprised by any automaker getting into any market segment that can be construed as a part of the sport utility or crossover designations. So the idea of Volkswagen building a big, three-row SUV wasn’t really surprising when we heard about the Atlas, and it’s even less so now the the vehicle is on sale here in the U.S. 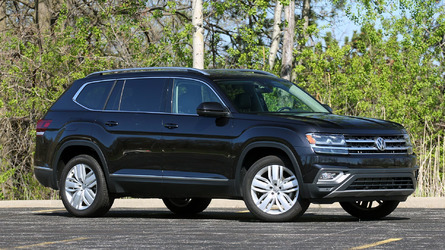 Still, one look at the Atlas and you’ll know that this is a bold move for the German carmaker. Though Atlas shares some visual cues with much smaller mainstays in the VW lineup like Golf and Passat, the overall look falls somewhere between “brash” and “weird.”

Thankfully, once inside, it’s a lot more like the Volkswagen you’re probably expecting, just bigger. A cabin full of the company’s best stuff, plus a new infotainment setup, will check a lot of boxes for three-row shoppers.

Get the full Why Buy? review take in our video above. And, if you haven’t bothered to subscribe to our Youtube channel yet, you can do that too.