The thriftiest version of an excellent minivan is still a great choice for hauling your family.

Equipping a minivan with a plug-in hybrid powertrain makes all the sense in the world. After all, minivans often make short trips with lots of stop-and-go driving, so using regenerative brakes and ultra-efficient motors for those journeys is only logical. With a traditional gas engine on board, though, you can still load up your Chrysler Pacifica Hybrid for a cross-country road trip; because it’s not a full-electric car, there’s no range anxiety to speak of. The plug-in Pacifica is, then, perhaps the most practical version of a very practical vehicle.

Impressive efficiency. The Pacifica Hybrid uses very little gas, especially compared to other minivans. When you fully charge up the battery pack, you can drive as far as 33 miles without using a drop of gasoline. And when you do have to use the gas engine, the EPA rates the Pacifica Hybrid at 32 miles per gallon combined, which is also up from the 28 mpg combined rating of a non-hybrid Pacifica. Fully recharging the 16-kilowatt-hour battery takes only two hours on a Level 2 charger, so if you have a short commute or run lots of errands close to home, it would be possible to drive for a long time using only electricity.

Easy to use as a hybrid. To operate the Pacifica Hybrid, you simply get in, push the Start button, and twist the rotary shifter to Drive. There are no driving modes to mess with, no unusual procedures. It drives like a minivan and the computers do the thinking of improving efficiency. Everyday users – who may be new to PHEVs in general – will find this simplicity a bonus. Efficiency nerds and plug-in fanatics might be disappointed by the lack of ability to, say, force the Pacifica into EV mode or force it to use its gas engine, functions that are offered on other PHEVs.

It’s built on a great base. As Motor1 has expressed before, the Chrysler Pacifica is an excellent minivan. Abundant storage, easy ingress to the second and third rows, a capacious cargo area (32.3 cubic feet even with all rows of seats in use), and a comfortable ride make this an easy go-to recommendation for any family.

Responsive infotainment system. The Pacifica’s 8.4-inch touchscreen display is one of my favorites among all new cars. It responds quickly to finger presses; its big, clear graphics are easy to read at a glance; and all its integrated functions work easily. On this model in particular, I especially like the utility of the 360-degree camera system and the various on-screen controls for the rear entertainment screens. 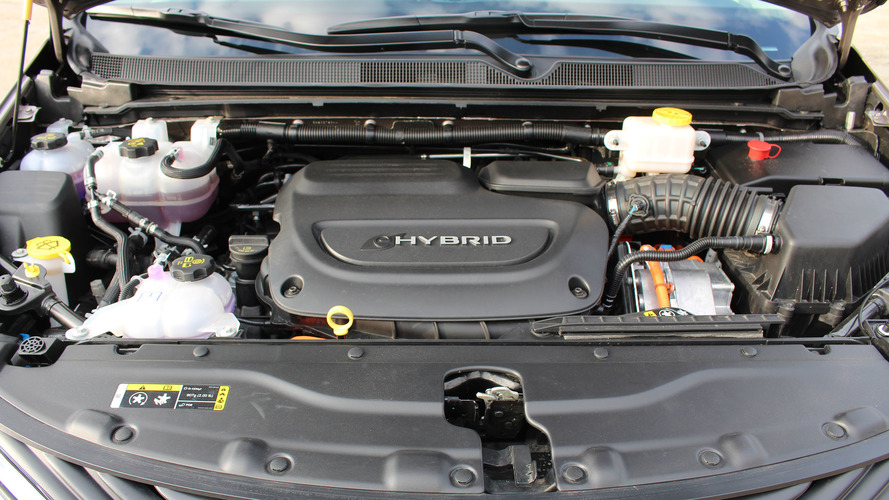 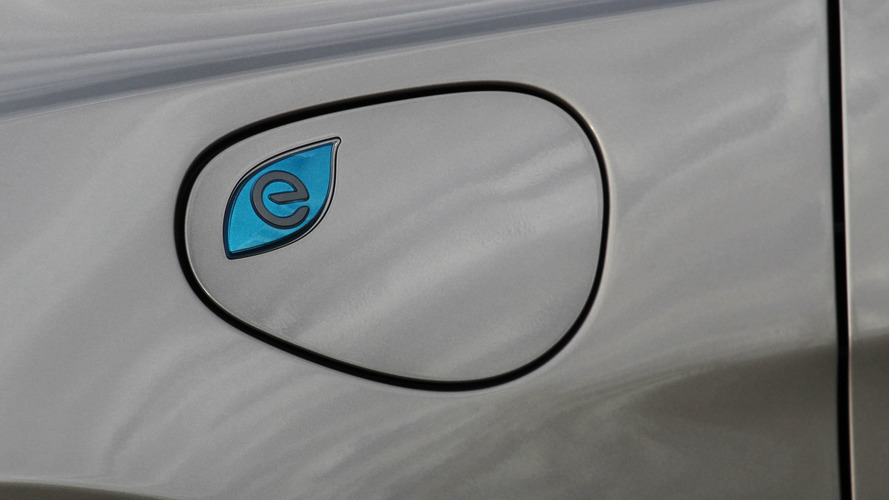 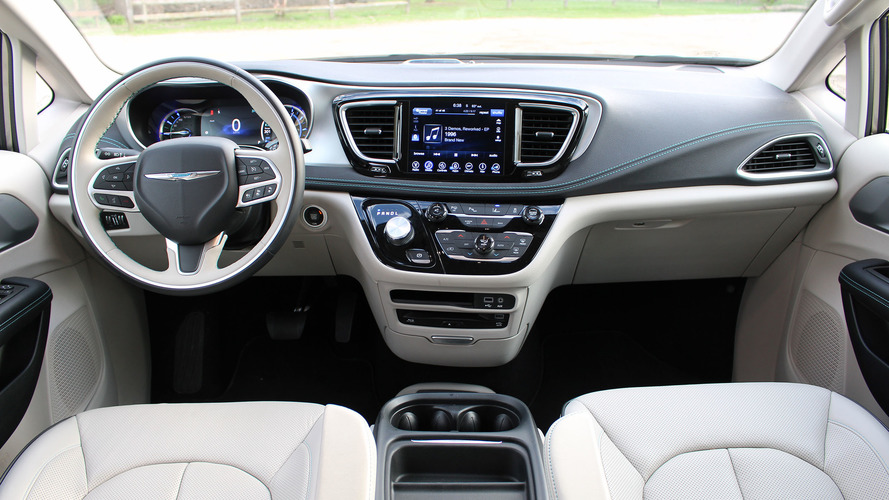 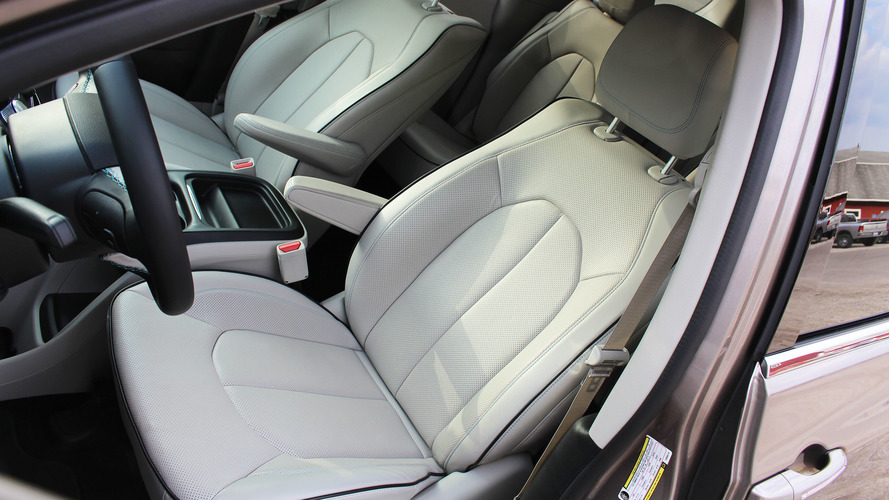 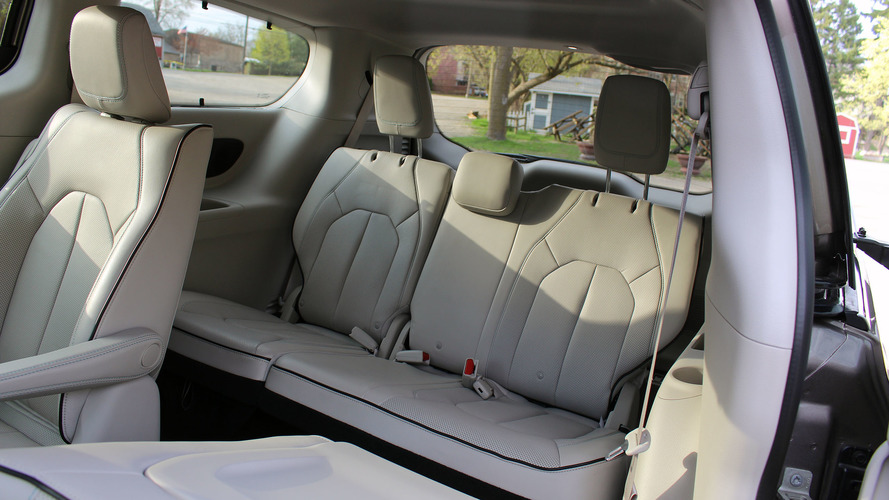 Loosey-goosey steering. The Pacifica Hybrid’s exceptionally light and vague steering imparts no real sense of straight-ahead. I don’t get a great sense of directional control, and while low-speed urban maneuvers can be done with one finger, highway driving leaves a lot to be desired in terms of driver confidence.

Less stowing and going. Because the battery pack is mounted beneath the Pacifica’s floor, the hybrid model lacks the second-row Stow 'N Go seat functionality. The third-row seats still fold into the floor, a wonderful feature that makes it easier to create a big, flat load floor for carrying big objects. The second-row seats can still be removed, but not as easily as in non-hybrid models with Stow ‘N Go. Depending on how you use your van, that could be an important difference.

It’s expensive. The Chrysler Pacifica Hybrid only comes in two well-equipped models, Premium and the Platinum that I tested. But that means it’s a pretty expensive proposition, with the cheapest hybrid listing for $41,995 – though it is eligible for a $7,500 federal tax break, and potentially more if your state or city offers greater incentives. That’s a lot of cash for a minivan, even if non-hybrid models, like the fully loaded Pacifica Limited ($42,895) and Honda Odyssey EX-L Touring Elite ($45,325) also break the 40-grand barrier. While the hybrid will save you money on gas, it costs far more than a standard Pacifica up front; do your return-on-investment math accordingly.