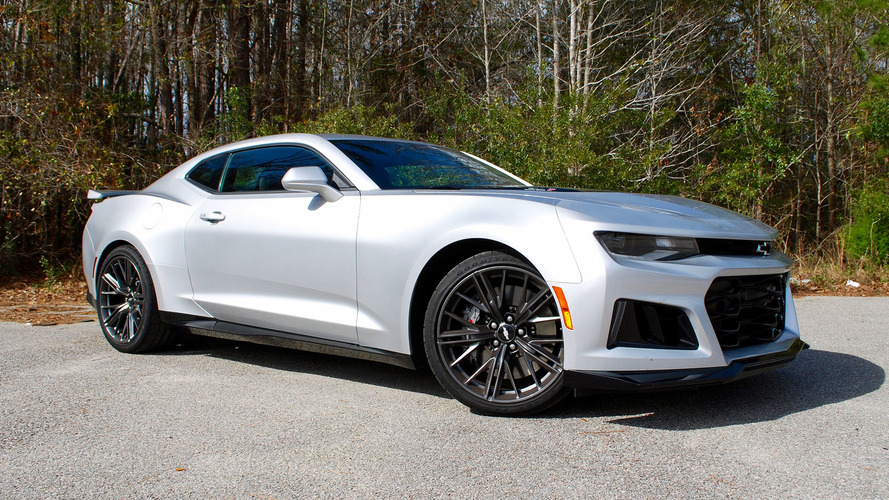 You can’t think too hard about the Chevrolet Camaro ZL1, otherwise you won’t get it at all.

The American muscle car concept seems anachronistic these days, too simple and out of touch with the advances made in terms of practicality and efficiency. At least that’s what you might think if you analyze the concept to death. The American muscle car recipe has changed precious little in the last half-century. It’s frank and to the point, and its fans have likely never had it better.

I am not a muscle car person, but I have warmed to the sixth-generation Camaro. Even in base 2.0-liter turbo guise, it has a sophisticated way of operating that runs counter to its Transformers-esque styling. Unlike the Dodge Challenger and Ford Mustang, nostalgia doesn’t get in the way of a modern, sporty car. Move up the power grades to the V6 and V8 models and it charms with more force and a more traditional muscle car noise.

But the ZL1 is the king (at least for now, until the just-unveiled 2018 ZL1 1LE goes on sale later this year). It stands out from more mainstream Camaros with its mean face and blacked-out accents everywhere.

Yet the joy of the ZL1 is felt in what makes the current Camaro good in so many ways. While it’s far from light (3,880 pounds for the base ZL1 coupe), there’s a certain athleticism to it that was missing from its bloated predecessor. And with 650 horsepower, it just wants to keep going.

Those 650 horses come from the 6.2-liter supercharged LT4 V8 you already know from the Corvette Z06. Yes, it sounds ferocious at times and its 650 pound-feet of torque is equally intoxicating. It feels every bit like it can do 0-60 in 3.5 seconds and go up to very nearly 200 miles per hour. But remember this engine also does duty in the Cadillac CTS-V, which means it also does a good job of shutting up when you want it to.

While it’s advertised as a track machine, my seat time in the ZL1 consisted of a 500-mile trip from Charlotte, North Carolina, to Daytona Beach, Florida, largely on highways and largely in a straight line. That didn’t give me much of an opportunity to test how the ZL1 tackled sharp bends, as much as I tried to improvise. Yet despite its mass, the ZL1 comes across as athletic, never ponderous.

The 10-speed automatic, though, is an option and possibly worth seeking out. The manual is never particularly enjoyable to operate, a trait shared on all Camaros. While it’s possible to leave it in the higher gears for most highway maneuvers thanks to gobs of torque, the weight of the shifter and clutch make it a handful when you just want to drive modestly. The rev-match feature on the manual mostly works seamlessly, and is always switched off when you start up the car, a feature hardcore manual operators will undoubtedly appreciate. The skip-shift feature that likes to impose 1-4 shifts when driving moderately, however, is always there and always annoying.

Other than its ability to give all the earth’s power on a whim, the best part of the Camaro ZL1 is its civility relative to other sports cars. Recaro front seats come standard, trimmed in a combination of leather and cloth. Chevy did a good job of considering usability in those sport seats, carefully designing the bolsters so they’re not constantly poking at your sides or getting in your elbow’s way as you go for a gear change in the manual car.

A pity, then, that there’s no lumbar adjustment and your butt eventually goes numb after a few hours on the road. Which is a shame, because like every Camaro, the ZL1 has a notably relaxed driving position about it. That said, the glass areas offer mail-slot levels of visibility and the gauges sit high in the driver’s line of sight. Put the sun visor down and the view ahead is severely compromised, especially in the convertible with its windshield header seemingly always in your face.

The joy of the ZL1 is felt in what makes the current Camaro good in so many ways.

Ergonomically, the ZL1 is still uncomfortable. Drivers who like to sit upright and demand a clear view out will forever be frustrated by the way you sit in the Camaro. Learn to live with the fact you never really see over the hood and pretend the view out of the rear window was inspired by a Lamborghini Countach’s, and then you get the kind of performance the ZL1 is about. I’m sure it loves the corners, but the way it’s set up gives you the impression it also really likes to eat up straight-line miles by the hundreds at a time.

Prices start at $62,135 for the coupe and $68,135 for the convertible. The automatic option imposes a $1,595 surcharge and boosts the gas guzzler tax from $1,300 to $2,100. But other than the $495 navigation system and $1,300 Performance Data and Video Recorder, there’s very little else to add to the ZL1. They all come remarkably well-equipped with the Recaro seats that are heated and cooled, head-up display, Apple CarPlay and Android Auto through the bright and intuitive Chevy MyLink system, and lots of other stuff that rationalizes the prospect of a nearly $70,000 Camaro. Consider a similarly powerful BMW M or Mercedes AMG would have a significantly heftier sticker and you don’t care that some of the interior plastics feel as though they were once milk crates.

Going for the soft top gets you at least somewhat better visibility to the sides and rear when the roof is down, and that roof can be operated at speeds of up to 30 mph with just the push of a button. But above 75 or so, things are beyond loud with the roof down, and rolling the windows up doesn’t help much. It’s so loud you can’t even hear the supercharger whine, which means you might as well just get an SS convertible. It’s hard to see who the convertible is for other than the buyer who only wants the top-shelf model.

But the coupe is an accomplished machine. It starts with the already-good base Camaro, and adds lunatic horsepower and characterful supercharger whine, with the ability to keep things mostly civil on the road. Save for the ergonomic issues, it’s a relatively comfortable machine and won’t beat you up if you have to use it for something other than track purposes. That’s a feat a lot of Camaros, even V6 ones, couldn’t always master in the past. 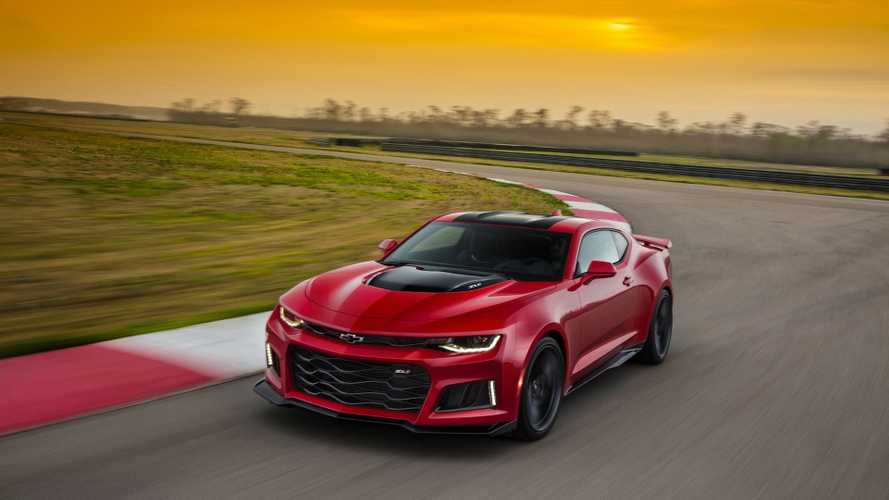