Toyota Corolla is the world's best selling car after 50 years

More than 44 million units have been sold worldwide since 1966.

Toyota is celebrating the 50th anniversary of its best-selling model and also the world’s most popular car - the immortal Corolla. Introduced for the first time in Japan in 1966, the vehicle now has more than 44 million sales worldwide.

Back in the 1960s, the Corolla was designed to be a people’s car and featured a roomy interior with floor-mounted gear lever, individual front bucket seats, and a spacious rear bench. The model needed only three years on the local market to become the top-selling vehicle and soon its success quickly spread to other countries around the world. 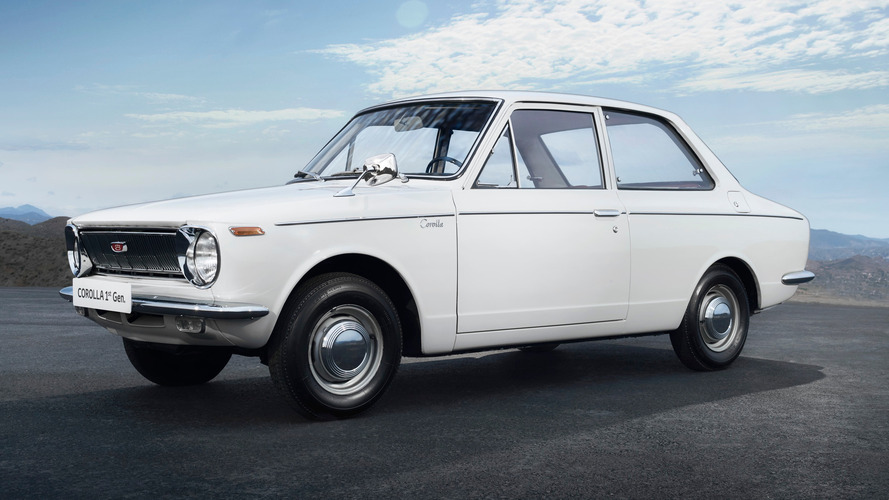 Only two years after its launch, the Corolla’s annual production more than doubled to 1.1 million units, all assembled in a new purpose-built factory in Takaoka. Exports to North America started in 1968, helping the model reach its first million sales by 1970.

Now in its eleventh generation, the model has enjoyed the status of being the world’s best-selling model since 1997, when cumulative sales reached 22.65 million. Currently, Toyota is selling two different versions of the Corolla for the North American and European markets. Both they are powered by the front wheels and offered as sedans.

Speaking of the latest generation Corolla, it’s good to mention it has basically nothing in common with the original model, as it is wider and longer, and uses a mechanically unrelated platform. For comparison, the Volkswagen Beetle, the second best-selling model in history and the first car to achieve twenty million units sold, remained virtually unchanged over the course of its 65-year run. Some even say it changed so little over the years that it is possible to mount a 1936 body on a 2003 chassis or vice-versa. 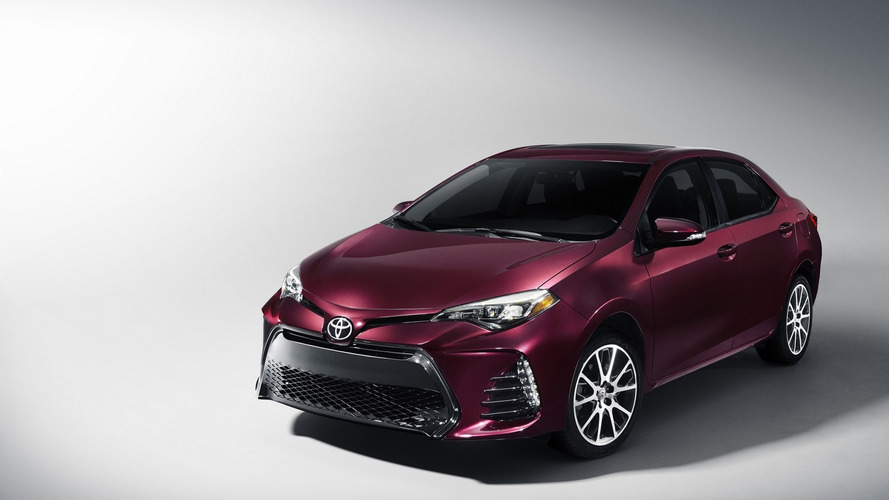 Back to the Corolla, earlier this year Toyota launched the Corolla 50th Anniversary Edition (pictured above) for the United States based on the 2017 Corolla SE. The special edition model brings 17-inch alloys with dark gray inserts and a machine finish, revised LED headlights, and a Smart Key system with push button start.

This year the Toyota Corolla reaches its 50th anniversary, another milestone for the world’s most popular car. Since the original model was introduced in Japan in 1966, more than 44 million have been sold worldwide.

Although Corolla has not been part of the UK model range since 2008, it remains an important part of Toyota’s global line-up, manufactured in 16 plants worldwide. Its lasting popularity is reflected in the fact that one in every five new vehicles sold in Toyota’s 79-year history has been a Corolla.

For a full gallery of every generation of Corolla, click here.

Corolla was designed to be a “people’s car,” introduced in saloon and estate body styles and displaying higher build quality and – for its time – lavish equipment features. The specification included a floor-mounted gear lever, individual front bucket seats with generous padding and a spacious rear bench that was likened to a family sofa. Although classed as a compact car, its high roof height made the interior feel exceptionally roomy.

Toyota’s hopes for Corolla (a name drawing on the Latin term for a ‘crown of flowers’) were soon realised with the first generation model becoming Japan’s top-selling vehicle within three years. The success quickly spread to other countries around the world.

In developing each of Corolla’s 11 generations, Toyota has remained true to its original principles of building a car with superior quality, reliability and durability. And with each new model, it has analysed customer feedback to ensure Corolla continues to deliver what its customers want.

Corolla in the UK

Corolla was Toyota’s second model to be imported into the UK, following the Corona into showrooms within its launch year, 1966. Through successive generations and a wide range of body styles, it continued to be available up to 2008 when the Corolla name was dropped from the original Verso compact MPV. Within that timespan it achieved more than 560,000 sales.

Its popularity here and in Europe prompted Toyota to build five-door hatchback models at its Burnaston factory in Derbyshire between 1988 and 2006. Production ended to make way for Auris, Toyota’s new (and current) compact hatchback for the European market.

Although renowned as an appealing family car for everyday driving, Corolla demonstrated its genuine performance edge in UK motorsports. The famous Corolla GT rear-wheel drive coupe was driven by Chris Hodgetts to victory in the 1986 British Touring Car Championship – a feat he repeated the following year.

Toyota opened a new, purpose-built factory in Takaoka for the original Corolla and within two years had started production of region-specific versions in Australia and Malaysia. Annual production more than doubled to 1.1 million by 1968.

In addition to being built in the UK, Corolla has also been manufactured at Toyota’s Sakarya plant in Turkey – the factory has been producing the 11th generation model since 2013.

Corolla exports to North America began in 1968, helping the model reach its first million sales by 1970. It has enjoyed the status of being the world’s best-selling model since 1997, when cumulative sales reached 22.65 million; by 2013, that figure passed through the four million mark.