BMW replaces 228i with more powerful 230i 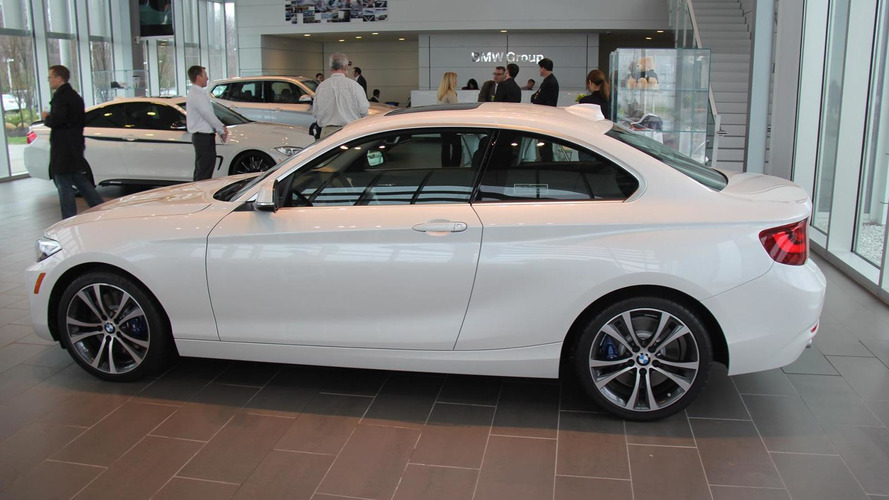 BMW is about to retire the 228i to make room for the 230i which brings a bit more power for both the coupe and convertible 2 Series.

After revealing the 750d (with four turbochargers) and the M140i / M240i duo, BMW is introducing the 230i which will serve as a replacement for the 228i. Along with the name change comes some extra punch as the turbocharged 2.0-liter four-cylinder engine pumps out 252 horsepower (185 kilowatts), up by 7 hp (5 kW) compared to the outgoing 228i.

The bump in output comes from making the switch to the B48 engine found inside the 330i and it generates a maximum torque of 258 pound-feet (350 newton meters). You’ll be able to get the 230i with a standard six-speed manual gearbox or an optional eight-speed Steptronic automatic that can also be had in a sports version.

In terms performance, the manual 230i Coupe will run the 0-62 mph (0-100 kph) sprint in 5.8 seconds, making it 0.2s slower than the automatic version. If you would rather have the 230i Convertible, that one is a bit heavier so it’s slower in the sprint, needing 6.1 seconds with the manual and 5.9 seconds if you pay extra for the automatic.

BMW will open the order books for the 230i Coupe and Convertible in July and both cars will look the same as the respective 228i, with the obvious exception of the new “230i” badge. To spice things up, BMW will add from July an optional black Dakota leather trim with blue contrast stitching. It’s going to be available not just for the 230i, but for the entire 2 Series range as well as for all the 1, 3, and 4 Series models.