These sporty SUVs are still quite capable.

The BMW X3 M Competition and Porsche Macan GTS are SUVs you wouldn't usually find hitting the dusty trails of the great outdoors. However, a new Carwow video has the pair navigating a set of tough off-road challenges to determine which is better at typical SUV tasks.

The BMW features the automaker's twin-turbocharged 3.0-liter inline-six engine. It makes 510 horsepower (380 kilowatts) and 479 pound-feet (650 Newton-meters) of torque. It powers all four wheels through an eight-speed automatic transmission, tipping the scales at 4,431 pounds (2,010 kilograms).

The competition starts with an uphill drag race. Both use launch control, but the BMW rockets up the hill the quickest, giving it its first win. Next is a race downhill to see which of the SUVs' hill-decent systems is better. In this competition, the slowest SUV wins, and it's the Porsche. It took longer for the BMW's hill decent control to engage, scooting down the hill more quickly than the Macan.

The other challenges test the SUVs' ground clearance, grip, approach and departure angles, and suspension travel, with the final course testing the entirety of their capabilities. The two SUVs are tied for points going into the last competition. While the Porsche does ride closer to the ground than the BMW, it wins the final challenge and the overall match by one point.

The BMW X3 M and Porsche Macan GTS are sporty SUVs, and it's unlikely that most owners will take their SUVs off-road. However, if a dusty trail presents itself to either, both are quite capable off-road machines that should have no trouble navigating the terrain. The M badge and GTS label don't soften their off-road capability, but there are cheaper SUVs one could take off-roading. 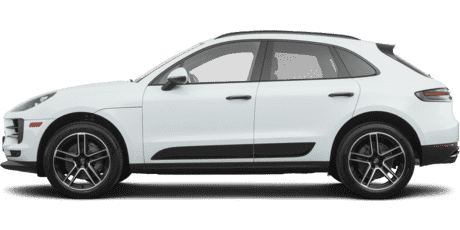