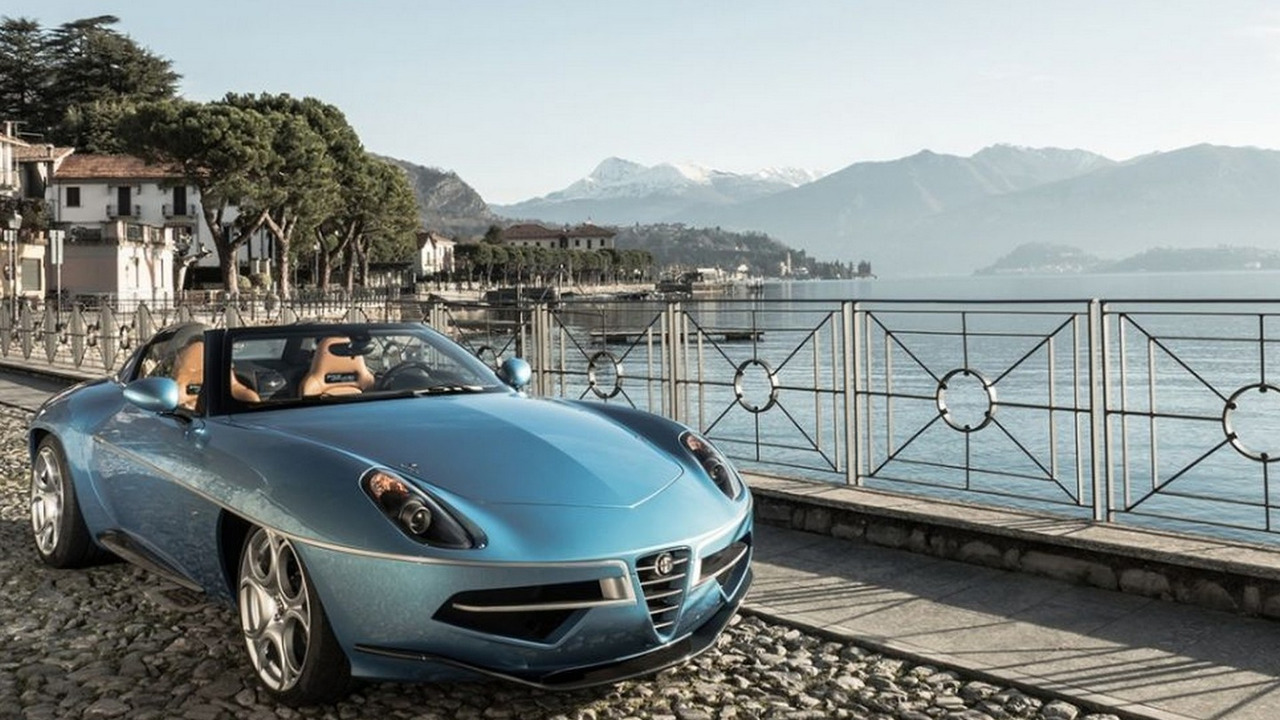 Carrozzeria Touring Superleggera is introducing a Spyder version of its Disco Volante Coupe and it will be on display starting tomorrow at the 86th Geneva Motor Show.

Carrozzeria Touring Superleggera is introducing a Spyder version of its Disco Volante Coupe and it will be on display starting tomorrow at the 86th Geneva Motor Show.

The Spyder version shares its underpinnings with the coupe that was unveiled in production form at the 2013 Geneva Motor Show. Both body styles are based on the Alfa Romeo 8C Competizione and it seems Carrozzeria Touring Superleggera has plans to make just seven units of the open-top model. Each will be painted in a different color and the car on display in Geneva will wear a “Blue Ceruleo” hue combined with a beige/black Connolly leather interior.

Details concerning the powertrain are not available at this point, but most likely the Spyder has the coupe’s 4.7-liter V8 engine linked to a six-speed semi-automatic transmission as seen in the 8C. It pumps out a respectable 450 horsepower (331 kilowatts) and 354 pound-feet (480 newton meters) of torque.

In the coupe, this hardware arrangement ensures a sprint to 62 miles (100 kilometers) per hour in 4.2 seconds and a top speed of around 181 mph (290 kph.) However, the Spyder version is likely a tad heavier, so it won’t be able to match the coupe’s performance. That being said, it won’t matter for those seven customers as the Disco Volante Spyder is all about style, not speed.

Carrozzeria Touring Superleggera will officially introduce the Disco Volante Spyder tomorrow in Geneva, but we already have footage with the car straight from the show.