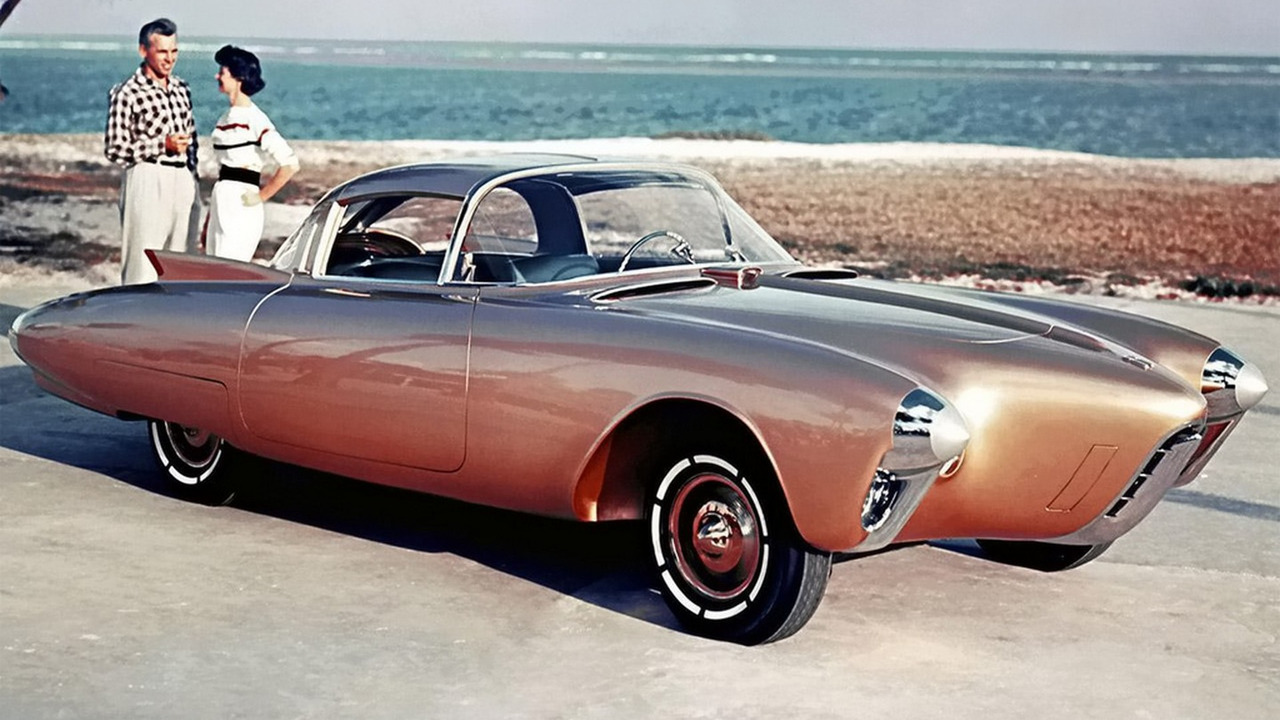 We remember the two-seater coupe today mostly because of its interesting body made entirely from fiberglass.

We remember the two-seater coupe today mostly because of its interesting body made entirely from fiberglass. It looks fascinating even after six decades thanks to a design that was inspired by a 1950s fighter jet combined with a spaceship as it was imagined during those days. The rear fenders are shaped to mimic rockets and there’s also a cool split rear window in the same vein as the Chevy Corvette Stingray Split Window which appeared (and disappeared) in 1963.

The roof is also quite special as it’s made from two adjoining panels that open upwards, giving the concept an almost Mercedes-like gullwing appearance. When the doors are opened, the seats automatically swivel outward and are raised three inches (almost eight centimeters) to grant better access inside the cabin.

The Golden Rocket also has a telescopic steering wheel which was a novelty back in the 50s. There are buttons on the two-spoke steering wheel to adjust it while the speedometer is mounted right in the center. The seats are upholstered in a blue & gold leather and the controls were designed to resemble aircraft cockpit levers.

Oldsmobile fitted the concept with a V8 engine with a 324-cubic-inch (5.3-liter) displacement good enough for a generous 275 horsepower (205 kilowatts). That was a lot of power in a very light body as the fiberglass construction allowed the Golden Rocket to tip the scales at only 2,500 pounds (1,134 kilograms).

Painted in a lovely bronze metallic hue, the 1956 Oldsmobile Golden Rocket is definitely a concept to remember and we believe it was way ahead of its time.