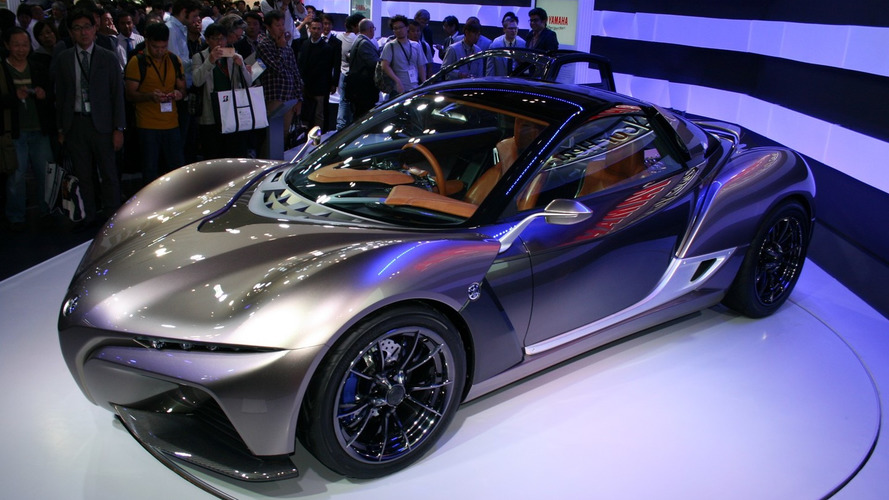 A new report indicates Yamaha has plans to introduce a production version of the interesting SPORTS RIDE CONCEPT.

A new report indicates Yamaha has plans to introduce a production version of the interesting SPORTS RIDE CONCEPT.

One of the stars of this year’s Tokyo Motor Show was without any doubt the Yamaha SPORTS RIDE CONCEPT and now we are hearing it could actually be made. It will apparently debut in pre-production guise in less than two years from now at the same show, so it could hit the assembly line at the end of 2017 or early 2018.

We remind you the concept had a very compact size as it measured 3900 mm in length, 1720 mm in width and 1170 mm in height. For the production car, Yamaha is believed to target a curb weight of only 750 kg (1,653 lbs). The edgy exterior design will be toned down to make it suitable for a production car, while the interior cabin will be largely carried over from the concept.

Yamaha hasn’t said a word about what powers the SPORTS RIDE CONCEPT, but this new rumor points to a turbocharged 1.5-liter engine for the production version. Combined with an extremely lightweight construction and a compact size, the sportscar has what it takes to be a very interesting offer in this segment.