3,000-Horsepower Greek Chaos 'Ultracar' To Be Revealed Next Month

It will be ultra-expensive, too.

First, there was the supercar. Then, the hypercars. Now, Spyros Panopoulos Automotive or SP Automotive from Greece wants to create the world's first "ultracar" in the form of the Greek Chaos. It was supposed to debut at the 2022 Geneva Motor Show, which got canceled again recently. With that, SP Automotive decided to set the reveal earlier and it's happening quite soon.

According to the four-minute teaser (shown above), the dream to make the Greek Chaos started in 2019. Entrepreneur Spyros Panopoulos' goal was simple – "To create the fastest and more technologically advanced production car in the world. A masterpiece of technological innovation manufactured in the most unique way."

A lot of information about the upcoming Greek Chaos can be extracted from the video. Most notable are the expensive materials to be used to create the machine, including titanium, carbon fiber, Zylon (a special lightweight and strong polymer), Kevlar, and an Inconel exhaust system.

Meanwhile, the juiciest part of the Greek Chaos is its powertrain. The teaser didn't go into details except for the fact that it will be a twin-turbo 4.0-liter V10 that puts out either 2,000 horsepower in its basic configuration, while the top-spec version is billed to make 3,000 horsepower, redlining at 12,000 rpm. 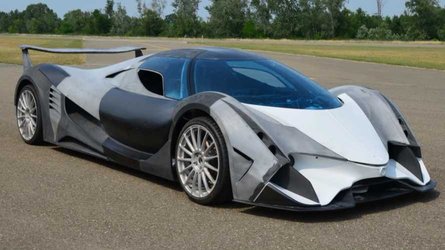 Devel Sixteen Puts V16 Engine To Work, But Without The Four Turbos 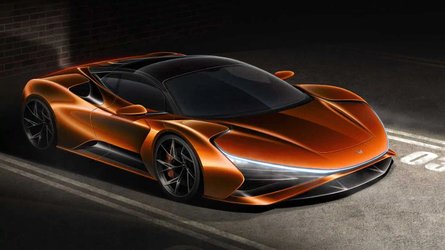 Now, the price. SP Automotive said that only a total of 100 units of Greek Chaos will ever be made, with a production of 15-20 cars per year. The starting price will be 5.5 million euros for the basic model or around $6.3 million at the current exchange rates. The full option 3,000-hp version will have a price tag of 12.4 million euros or around $14.3 million.

We'll know more about the "ultracar" quite soon as SP Automotive said that the Greek Chaos will be revealed on November 1, 2021.