Expect old-school charm and excellent performance if and when they arrive.

Porsche is rightfully proud of its history as a sports car manufacturer, and it frequently shows off with a variety of retro-inspired trim levels and editions. The Porsche 718 Boxster 25 Years is the most recent example (watch for our review to go live on Tuesday), but it certainly won’t be the last. According to Motor Trend, three heritage-flavored 911 sports cars are on their way.

Without citing any sources, the buff book claims there will be a new version of the 911 Sport Classic, reviving a name last used in 2010 on a 250-unit run of Carrera 4S coupes that got special paint and interiors, a unique ducktail spoiler, and a bit more power. The new Sport Classic might be a good deal more muscular, with the 640-horsepower, 541-pound-foot (477-kilowatt, 733-newton-meter) engine from the Turbo S, paired exclusively with a manual transmission and rear-wheel drive. If that’s the case, it could be the most powerful stick-shift Porsche on the street, eclipsing even the legendary Carrera GT supercar and its 603-hp (450-kW) V10.

Another retro Porsche on the horizon could be a redux of the 1970 911 ST. Built by the automaker’s Customer Sports department, the ST featured wider bodywork, a more powerful engine, and a few other goodies that made it a more adroit road racer than the standard car upon which it was based. A new version of the 911 ST will likely follow the same formula. Motor Trend says it will receive power from the GT3’s naturally aspirated 4.0-liter flat-six, possibly with more grunt than the 502 hp (369 kW) currently on offer. Unlike the ducktail 911 Carrera RS, the ST came with a standard decklid; Porsche will probably follow tradition for the modern homage.

Speaking of that distinctively spoilered race special, its 50th anniversary is fast approaching. We wouldn’t be surprised if the automaker commemorated the original 1973 Carrera RS with a modernized version based on today’s 911. Motor Trend says it could be based on the GTS, though we think the Carrera RS’ street/racing split personality would be better suited to the GT3 Touring’s bones. Whatever the case, we share the magazine’s predictions that a neo-1973 special edition would wear a ducktail spoiler, retro interior upholstery, and significant lightweighting to improve performance. 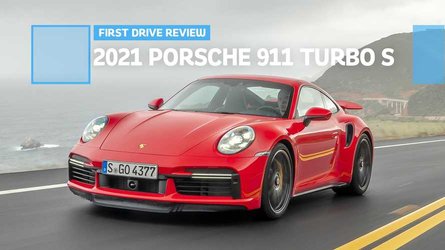 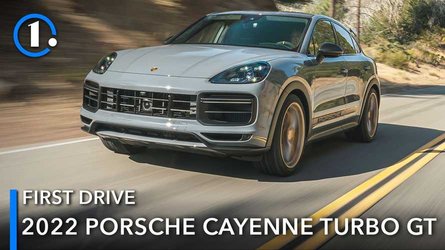 For its part, Porsche only commented on the rumors to express that it doesn’t “participate or speculate on potential future product.” But even though daydreaming is usually better than reality, we still trust the automaker to blow our lofty expectations out of the water.