Not the Evo enthusiasts want, but accountants would argue the smart money is on SUVs.

The world didn't end when Mitsubishi turned the Eclipse into a crossover and we are fairly certain the apocalypse won't come should the Evolution badge find its way on an SUV rather than a sedan. That's what we've heard through the grapevine (via Japan's Best Car Web), with the wild report claiming a high-performance version of the Nissan Rouge-based sports utility vehicle would resurrect the Ralliart in-house tuner.

Our Russian pals at Kolesa have imagined a more potent take on the latest-generation Outlander, which the same source from the Land of the Rising Sun claims it'll be based on the plug-in hybrid model. We could honestly do without the hood scoop, but other than that, it doesn't look half bad provided you've gotten used to the peculiar headlight layout.

Riding low to the ground and featuring dual exhaust tips, Mitsu's fourth-gen SUV is quite fetching in the alleged Evolution attire. It was supposedly scheduled to break cover at the Toyota Motor Show last month, but the event was canceled due to the coronavirus pandemic. It's unclear at this point when the premiere is scheduled to take place. If it will happen at all because we still have doubts it's actually coming.

While the Ralliart moniker is officially coming back per Mitsubishi's financial report for the fiscal year 2020, the company didn't go into any details about how it will utilize the revived branding. It also doesn't help that when the new Outlander PHEV was unveiled a couple of weeks ago, the Japanese marque was coy on technical specifications.

Rekindle With The Standard Outlander: 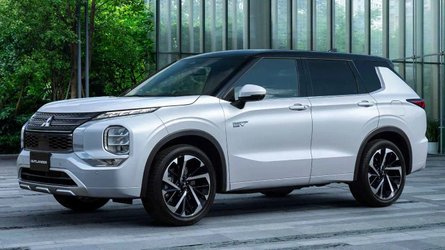 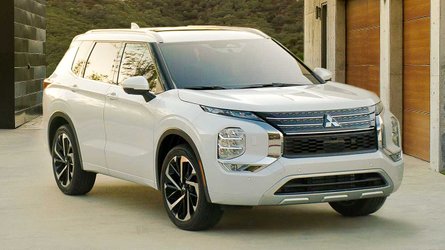 Horsepower and torque numbers for the hybridized SUV remain shrouded in mystery, but we do know the front and rear electric motors do have "around 40 percent" more punch than before. The identity of the Outlander PHEV's internal combustion engine is not known, although it could be the same 2.4-liter introduced with the outgoing model in February. That one had a combined output of 221 hp (165 kilowatts), a number which should be improved with its successor given the more powerful e-motors.

Needless to say, a potential Outlander Evolution would have to up the power ante furthermore and get additional hardware changes to complement the more aggressive styling. Rumor has it June 2022 will be when Mitsubishi is going to introduce the model in Japan, but take this info with the proverbial pinch of salt.