The fixed-head coupe is almost back to its former glory.

If you're a Richard Hammond fan, or at least the DriveTribe YouTube channel, chances are you've seen the former Top Gear host's Jaguar XK150 restoration project. The fixed-head coupe, which was Hammond's subject during the pandemic, is the last of the XK Series right before the venerable Jaguar E-Type.

Now, Hammond has an update for all of us regarding this project. Apparently, it's now ready to hit the road, and actually, it did on the video uploaded atop this page.

The work, of course, was done by a father-and-son team, Neil and Anthony Greenhouse, which was part of Hammond's classic car restoration shop for a new Discovery+ show announced back in June.

Visually, the Jaguar XK150 kind of looks like the original, except for some additions and omissions employed by Hammond. It's now wearing the original Dove Gray color but the front and rear bumpers were removed because Hammond wanted it to be a little bit angry, sporty, and sort of a rally car. Hammond also added a bonnet strap and another pair of leather straps at the back, along with the hood louvers. 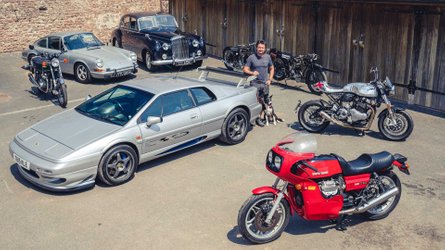 Richard Hammond Selling Some Of His Classic Cars To Restore Others
⠀ 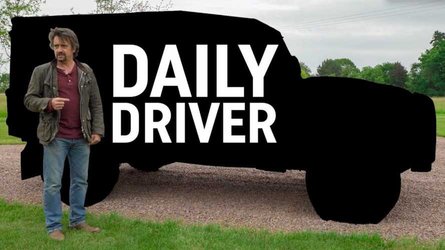 Under the hood, Hammond's XK150 is still powered by the straight-six engine but fully rebuilt. He also added some powertrain upgrades such as a limited-slip differential and better brakes. As for the gearbox, The Grand Tour host went for a modern transmission but he said that he might go back to the Moss gearbox for good reasons.

With new shocks, springs, and bushings, Hammon said that the mechanical part of the restoration has already been completed at this point. He's loving it, evidently, but final touches have to be done in the next three weeks, so we'll be waiting for that.