Hino Dakar Truck Is An Off-Road Monster With 1,693 LB-FT Of Torque

You might be familiar with Hino as a commercial truck maker, but the company has a rig for the 2022 Dakar Rally that you need to see. Not only does it look tough, but the powertrain is a hybrid-assisted diesel making a total system output of 1,065 horsepower (794 kilowatts).

This power runs through a six-speed automatic transmission with full-time all-wheel drive. There's a center differential lock and a transfer case that allows for switching between high- and low-range gearing.

Hino touts the truck as having lightweight rear bodywork using aluminum and fiberglass. However, this rig still weighs a beastly 18,960 pounds (8,600 kilograms).

Hino last competed in the 2020 Dakar Rally. It came in last place of the ten vehicles in the class. The competitors were all European trucks from brands like Kamaz, MAZ, Iveco, and Tatra. Maybe the new hybrid powerplant will give Hino a better race in 2022. 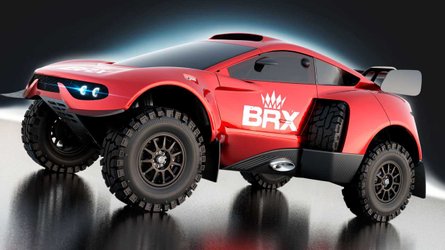 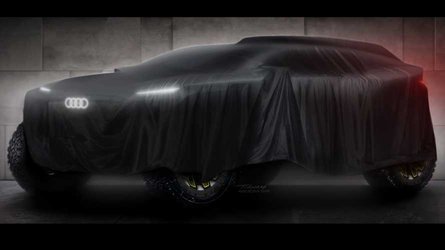 At least in terms of the machines competing, this year's Dakar Rally is shaping up to be quite an event. For example, Toyota has a rugged Hilux pickup that has the 3.5-liter twin-turbo V6 from the new Land Cruiser, and the engine output is significantly higher than the production version's 409 hp (305 kW) and 479 lb-ft (650 Nm) of torque.

There's also the Audi RS Q E-Tron that has front and rear electric motors that the company adapts from the 2021 E-Tron FE07 Formula E car. As a range extender, there's a 2.0-liter turbocharged four-cylinder.