There are (modest) prizes to win, too.

The 11th-generation Honda Civic Si debuted yesterday, giving the redesigned model a sportier attitude, although it's toned down compared to the previous-generation model. We won't have to wait long for it to go on sale, but if you're impatient, you can drive one virtually. The automaker has a new mobile browsers game that lets you race the new Civic Si against other players for prizes.

The game, called Honda EvoTrack, has gamers taking control of one of five cars: the 2022 Civic sedan and hatch, the 10th-generation Civic Type R, the 2022 Civic Si, or the Red Bull Racing Honda RB16B. You start with the Civic sedan, having to collect coins scattered across three different race tracks to unlock the other vehicles. Each of the three courses – Circuit, Desert Trail, and Neo City – are littered with changing hazards that include on-track tire walls and slick oil spots. The further you go, the higher your score.

Helping kick off Honda's mobile racing is a four-week contest where participants can compete to ear to win a digital voucher to purchase officially licensed Honda or Red Bull Racing merchandise. The top three scores for each week get a prize, with honda resetting the leaderboard to give others a fair chance.

"Honda has a long history of integrating vehicles into many types of games, and we want to continue that momentum, especially for passionate fans of the Honda Civic," said Phil Hruska, Honda's media department head. 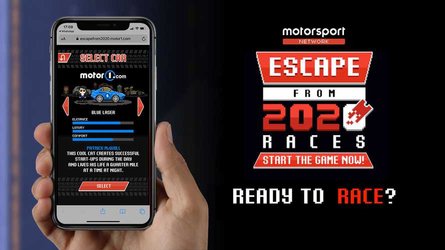 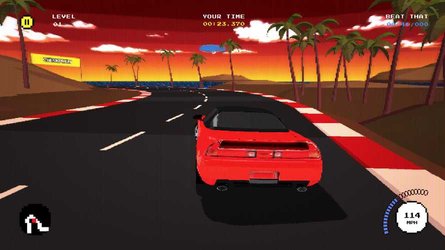 This isn't Honda's first mobile game. Back in early 2020, the company launched Beat That, a mobile game that allowed players the chance to drive a variety of Acura vehicles through various gaming styles, starting with an iconic 8-bit course. It must have been a success for Acura if Honda is following suit with its own offering. See you on the leaderboard.