The E36 is a handy Bimmer to tune but we never knew it's this handy.

To say that BMW never made a pickup would be a lie. In fact, the automaker has built two M3 pickups – the E30 M3 Pickup and the E92 M3 Pickup – both showcased during the M3’s 30th-anniversary celebration back in 2016. However, both M3 pickups were never offered to customers.

But that didn't stop Bimmer fans to take matters into their own hands. We've seen an E46 3 Series pickup making an unusual appearance at the Nurburgring before, now it's time for an E36 3 Series pickup hitting the limelight, courtesy of Grind Hard Plumbing Co.

The folks of Grind Hard Plumbing Co started the aftermarket conversion with a dilapidated $150 E36 BMW 3 Series with five different colored body panels and a burnt clutch. The first thing that they did was to cut off the rear half of the coupe then reinforced the frame with a roll cage. They then lifted the result by around two inches, allowing them to put on some rally wheels and UTV tires.

Next, they found an eBay turbo kit and slapped it on the setup before painting the car white. In the video above, they finished off by fixing the suspension setup, to make the 3 Series pickup ready for some dirt. And of course, they also added a harness bar and racing seats, courtesy of Corbeau DFX.

Pickup Conversions That Aren't Half Bad: 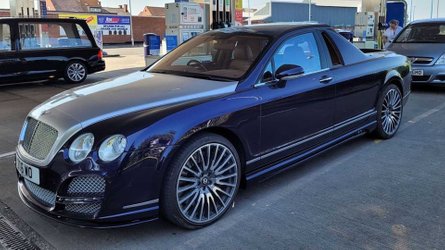 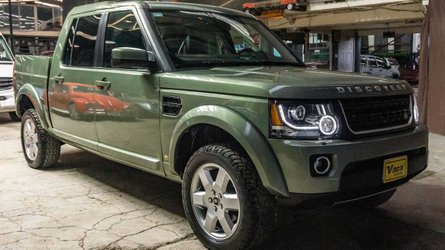 The BMW E36 3 Series is a relatively cool and easy Bimmer to tune and play around with, but we never thought it can be converted into a dirt-loving pickup until today. It's a cool conversion, and while some might say that it's a sacrilege, we beg to disagree as long as these folks aren't hurting anyone.

Plus, isn't it elating to see these kids have some fun? Let us know your thoughts below.