Electric vehicles will transform how we get around in more ways than one, and students at The Netherlands’ Eindhoven University of Technology are imagining how that could look. Twenty-two students are part of Solar Team Eindhoven, which has designed and built the world’s first solar-powered camper. It’s called the Stella Vita, and it previews sustainable living and mobility.

The camper’s solar panels are capable of powering the camper’s various functions and the vehicle itself. On a sunny day, the camper can travel up to 730 kilometers (453 miles). They also can power things like the coffee maker and TV while you charge your laptop and shower. The camper also features a pop-up roof that increases interior headroom, making it much easier to stand up inside to cook, work, or do other things.

The camper’s design is all about usefulness, maximizing interior space, aerodynamics, and surface area. The big, long roof was needed for the collection of solar panels that completely cover it, but that’s not all of the/ There are extra solar panels that fold out when the roof is raised, doubling the surface area and increasing its solar consumption. There’s no details about the battery or propulsion system that powers the camper.

Solar Panels On For Off-Grid Living: 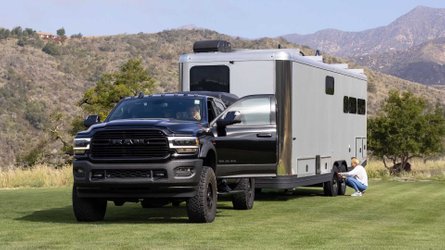 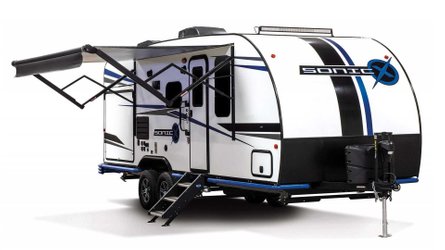 The interior looks spacious and comforting, and the camper’s overall design looks futuristic. EVs will give designers more freedom in imagining new ways to get around, and a solar-powered camper doesn’t seem impossible down the road. Students will set off across Europe with the Stella Vita toward Spain’s southernmost tip on September 19, using only solar power to get there. If you’ are traveling in Europe, keep an eye out for this strange-looking vehicle – you could be driving next to the camper of tomorrow. It might just take several years before such a product becomes a reality.