Would you have paid that much?

“That truck made it all the way to the moon and back!”

This 2008 Toyota Tundra has managed to go 606,431 miles and was still ready to roll on when I encountered it recently at a Carmax dealer auction. There was a bit of paint fade and the interior had definitely been lived in, but it still looked like a dependable machine.

But all those miles? Nearly 50,000 a year? This 2008 Toyota Tundra Double Cab had not only been to the moon and back (238,900 miles each way), but was already more than halfway to its return trip to the moon… mileage wise.

As it turned out, this vehicle had an even deeper and less disgusting story than these few remnants of ownership.

This Tundra was bought nearly seven years ago with over 280,000 miles on it. Who would buy a high-mileage Toyota? Well, the truck came with a boatload of maintenance records.

In total it had 61 service records by the time it was traded in to the Carmax auction. It wasn’t pristine to say the least. But other than paint fade, I didn’t really see too much else worth complaining about.

And the undercarriage was rock solid. It had spent its entire life in the rust-free areas of the South. So even with over 600,000 miles the truck body had plenty of life left.

The bidding started at $1,000 and rocketed straight up to a final bid of $3,000. Add the auction’s buy fee of about $300 and the cost to transport and recondition the truck, and I wouldn’t be surprised if the dealership ends up with somewhere close to $4,000 on this truck.

Do you think it’s worth it? Let us know in the comments. 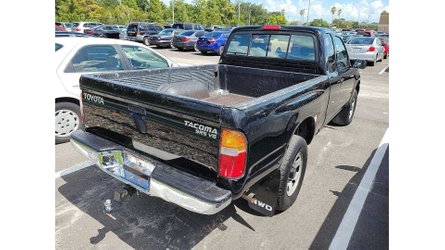 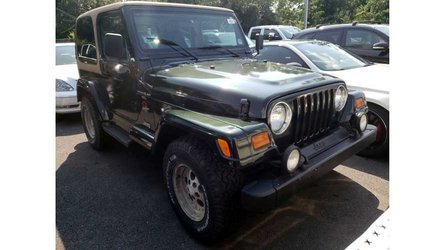 Dealers Duke It Out Over Rusty 24-Year-Old Jeep At Auction
By: John Neff
++
++
Got a tip for us? Email: tips@motor1.com