How Much Horsepower Does A High-Mileage BMW M3 E46 Make On The Dyno?

The BMW M3 E46 generation from the early 2000s is arguably the final iteration of the performance model that follows the vehicle's original ethos of emphasizing handling over straight-line speed. Let's see what a high-mileage example can put down on a dyno.

The owner bought the car for just $3,000 because it had a faulty SMG transmission. Rather than replace the polarizing system, he converted it to a manual, bringing the total investment in the M3 to about $5,000. The car has covered 173,000 miles.

He also did some performance modifications. The car now runs headers with no catalytic converters, an ECU tune, a K&N intake, and a revised exhaust. The owner estimates the M3 is making around 355 horsepower (265 kilowatts) at the crank, versus an original output of 333 hp (248 kW). 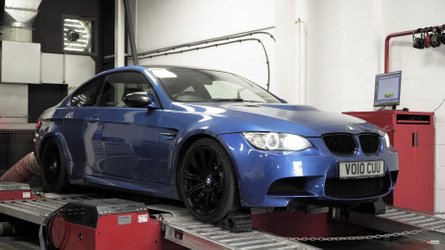 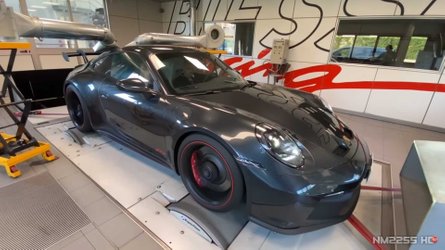 Assuming the estimate of 355 hp at the crank is correct, then the drivetrain loss in the first runs works out to 19.75 percent. Sport mode cuts this down to 18.46 percent. Given that a loss of around 20 percent is the norm for a rear-drive vehicle, these figures are in line with what we would expect.

This BMW might be due for some serious maintenance soon, though. When rolling off the throttle after each run, a disturbing amount of white smoke comes out of the tailpipes. The owner speculates that the piston rings might be on their last legs. He intends to do a leakdown and compression test to evaluate the powerplant's health. Plus, it's due for an oil change.