And now friends, we present the winner of this week's what were they thinking award. If we're honest, we suspect there's more to this story than just someone making a seriously stupid decision, but we've been unable to track down additional details regarding this most bizarre situation.

Here's what we do know. According to KIMA Action News, calls to the Yakima County Sheriff's Office in Yakima, Washington started coming in around 11:00 a.m. on August 17. Apparently, an older Chevrolet Suburban (a ninth-generation from the looks of it) was spotted submerged in the Yakima River. Authorities jumped to the scene, finding the SUV as well as a man nearby that was its owner. Nobody was hurt, and apparently, it wasn't even an accident. Believe it or not, the man apparently drove the Suburban into the river on purpose.

The report states the Suburban was pulled from the river, but there's no other information regarding its owner or if any sort of fines or charges were brought. To be fair, neither the story nor the photos shared on Twitter clarify whether the entire SUV was dunked. Perhaps the owner was trying to be clever and only sank the front half of the SUV. Or perhaps he had no containers or anti-freeze on hand to refill the radiator and just decided to go for broke.

Or maybe, just maybe, there's more to this story as we mentioned earlier. If you get our meaning. 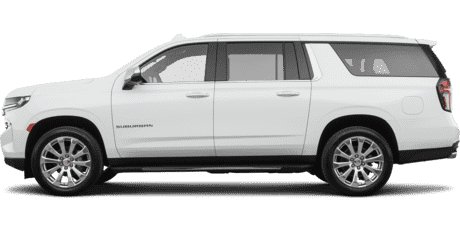 Anyway, let this bizarre turn of events serve as a public service announcement. If you find your vehicle is low on engine coolant, for crying out loud, don't drive into a body of water to fill it. We can't believe we actually need to say that.