Break the contract and "it may lead to major problems that threaten global security." 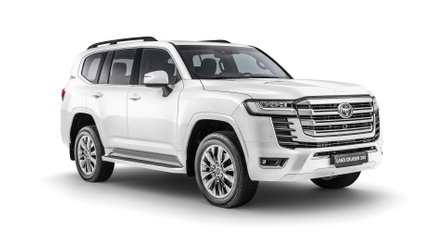 The Toyota Land Cruiser is being retired from the US market due to dwindling sales, but the reputable off-roader is an immense commercial success in other parts of the world. The new LC300 has already racked up more than 22,000 preorders in Japan where the automaker appears to be preventing customers from reselling the SUV.

According to local magazine Creative311, owners must sign on the dotted line and agree not to resell the vehicle. It is believed customers are barred from doing so for 12 months after taking delivery of the Land Cruiser, and if that happens, they won't be allowed to buy another Toyota. It's unclear how long the ban lasts, but there seem to be some serious repercussions.

Why is the company taking this drastic measure? For a number of reasons. It obviously wants to avoid situations in which the original buyers flip it for a profit by taking advantage of how popular the Land Cruiser is in certain regions. Toyota is also trying as much as possible to have SUVs available for people who actually want to buy them for themselves by limiting the number of units sold to a client to one.

There's more to it than that as Toyota is afraid that without a signed pledge, some LC300s could end up in the wrong hands. The Japanese marque goes as far as to say "there is a risk of violating foreign exchange law, and depending on the export destination, it may lead to major problems that threaten global security."

Creative311 reports there could be some problems for the dealer who originally sold the vehicle as well, with Toyota preventing it from selling Land Cruisers for a certain amount of time. The Japanese publication adds: "There is a risk that various measures will be taken, such as being charged and claiming damages from the dealer to the violating customer."

The New Cruiser Has Landed: 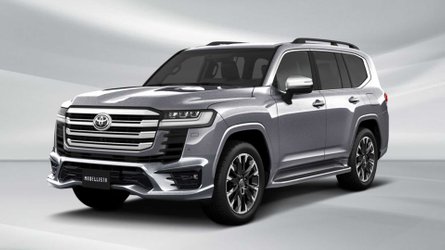 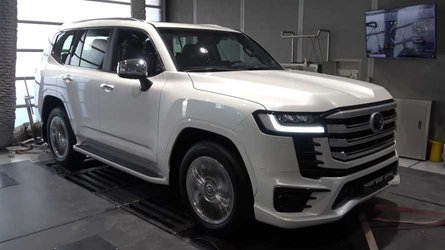 Reading between the lines, Toyota is concerned the new Land Cruiser could be used by terrorist groups, which has been the case with older versions of the SUV as well as with the Hilux pickup truck. Therefore, those signing up for the LC300 must confirm the vehicle is not acquired for "export" or "resale purposes."

While the completely revamped Land Cruiser sadly won't be coming to the United States with a Toyota badge, it should still make it to North America wearing a tuxedo as the next Lexus LX. Not only that, but the premium brand has said it’s "exploring" the prospects of a body-on-frame SUV separate from the LX.