The supermini is available with no fewer than six engines, from 80 to 150 horsepower.

Sociedad Española de Automóviles de Turismo unveiled the fifth generation of its Ibiza supermini a little over four years ago, so it's only natural the subcompact hatchback is now getting a mid-cycle update. The pre-facelift version still looks quite sharp and fresh despite being on the market since early 2017, hence why SEAT hasn't messed around too much with the car's appearance.

Changes have been made at the front where even the base model gets LEDs for some of the headlight functions, with the possibility to opt for a full-LED setup. The corporate badge now has a two-tone chrome finish and the color palette has been expanded to include Asphalt Blue and Sapphire Blue. In addition, there are three fresh alloy wheel designs, two measuring 17 inches and the third one for a larger 18-inch set. Rounding off the changes on the outside is the model's name featuring a classy design to mimic handwriting.

Stepping inside the cabin, SEAT has upped the size of the infotainment system as now the touchscreen measures 8.25 inches as standard and can be upgraded to a 9.2-inch display. The fully digital 10.25-inch driver's display is still onboard, while new upholstery choices freshen up the interior. Rather unusual for a facelift, the 2021 Ibiza comes with changes to the material quality as the dashboard is now soft-touch to elevate the felt quality.

The B-segment hatch also gets a newly designed steering wheel wrapped in Nappa leather for the high-end FR and Xcellence trim levels (optional on the Style model). LED ambient lighting in multiple colors has been embedded into the air vents on the sides of the dashboard to create a cozy atmosphere akin to some premium models from the German brands.

Customers are spoiled for choice when it comes to the powertrains. The range starts off with the three-cylinder 1.0 TSI with 95 hp (70 kW) and 175 Nm (129 lb-ft) channeled to the wheels through a five-speed manual gearbox. Step up to the more powerful configuration rated at 110 hp (81 kW) and 200 Nm (148 lb-ft) and you can have it with either a six-speed manual or a dual-clutch, seven-speed DSG.

Production of the revised SEAT Ibiza will commence at the Martorell plant in Spain during the third quarter of 2021, so customer deliveries should kick off either by the year's end or early 2022. Meanwhile, the sister model Volkswagen Polo is also about to get a facelift, while the Skoda Ibiza will switch to the next generation in May.

What Has SEAT Been Up To Lately? 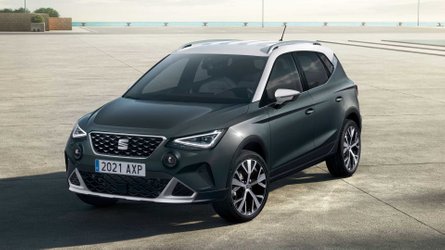 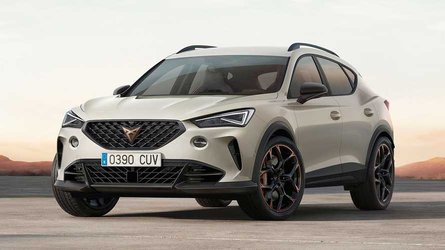