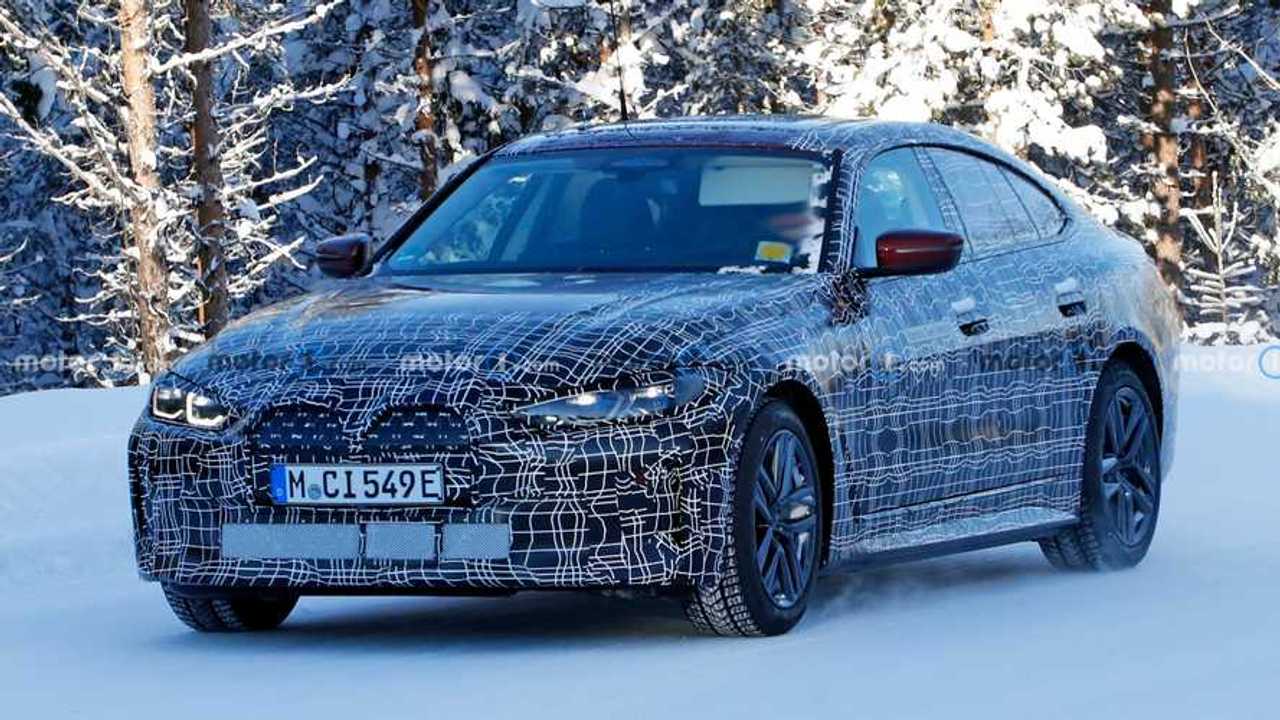 The BMW i4 is finally ready to lose some of the fake body panels and unveil more of its actual shape. This new prototype, spied testing in winter conditions, is also finally showing us more of its front end design.

The test car with German registration plates was photographed by our spies with an exposed grille. Of course, a thin layer of camouflage foil is covering the panels but we can clearly see the closed-off kidney grille will be roughly the same size as the one on the new 4 Series. The lower section of the bumper has additional concealment though, not letting us see the full dimensions of the grille.

The similarities between the i4 and the combustion-powered 4 Series Gran Coupe continue with the headlights. Judging by the new spy photos we have, the lighting cluster will be identical (see comparison below) featuring two C-shaped LED daytime running lights and two projector lenses for the main beam.

Interestingly, this prototype has side mirrors that have zero disguise showing what is likely the final production design with caps in body color and a thin LED turn signal. Some of the concealment at the back is gone too and the i4 reveals more of its taillight design. Also worth noting is that the wheel arches seem to have a smoother surface now as those little extensions seen in the previous prototypes are now missing.

BMW i4: Teased And Spied

This new and more revealing test car hints the development work on the all-electric vehicle is approaching its final phase. BMW has already confirmed it’ll unveil the EV in full later this year and more variants will join the range later during the model’s lifecycle. Among them should be the hotter i4 M, though don’t expect a full-blown performance sedan. Production of the i4 could begin in November.