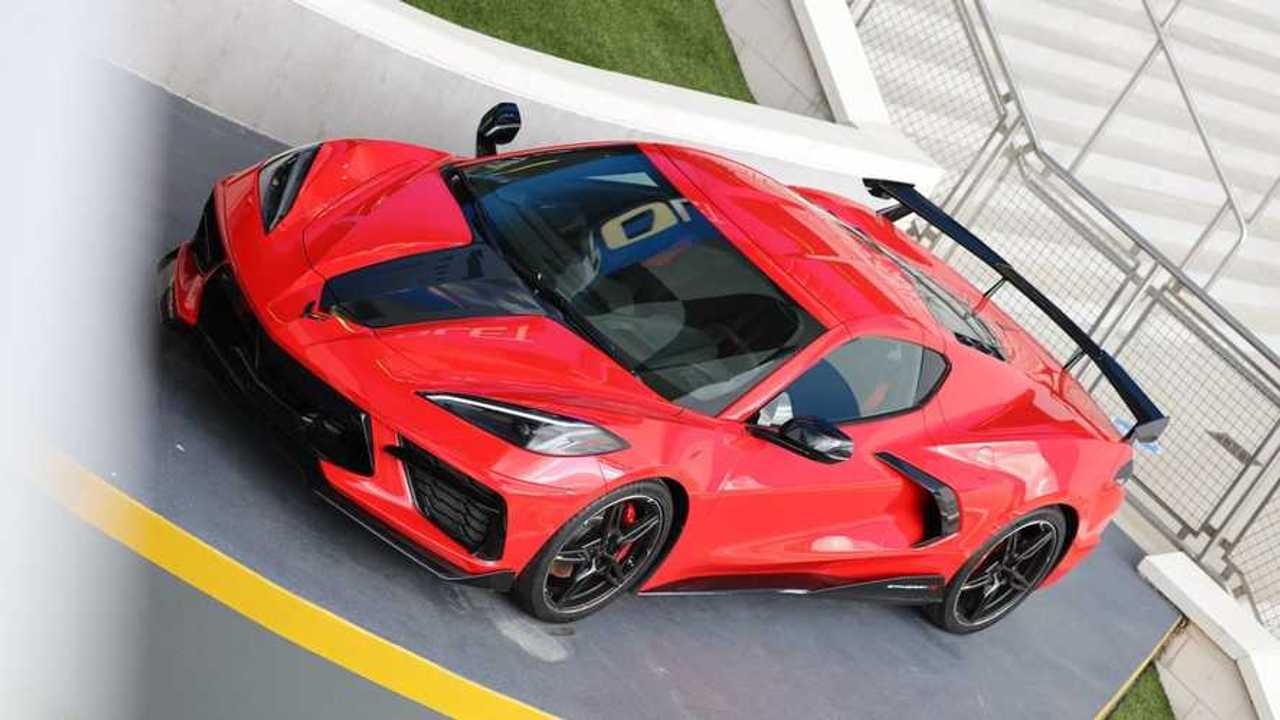 It’s no race car, but it looks good.

Motorsports fans will know that Corvette Racing had a fantastic weekend at the 2021 installment of the Rolex 24 Hours of Daytona. Obviously, the big news was that the two C8.Rs finished first and second in the GTLM class, but that wasn’t the end of the story from Daytona International Speedway. Photographer Nigel Scott Dobbie caught a possible production version of the C8 Stingray R hiding out under the grandstands.

Keen readers will know that this isn’t the first time a Stingray R has been spotted in the open. The August 2020 installment of the IMSA race at Road America featured a Stingray R C8, but nobody really noticed; sure, it was photographed next to the C8.R but it still flew under the radar. So what was different?

Straight away, the eye was drawn to the two-tone hood stripe that came bearing the Corvette Racing insignia – also referred to as the Jake Skull. The rest of the alpha version seemed to follow a similar pattern with red side view mirrors and a number of Stingray R insignias around the body panels.

Rather unsurprisingly, the more recent version appears to be nearly identical – with the obvious exemption that the base color is red rather than white. The only differences to the naked eye appear to be slightly different logo placements and the omission of the jake skull on the wheels. Maybe Corvette Racing’s take no prisoners motto was a bit too shock and awe for the production market. The world may never know.

Regardless, we’d be remiss not to mention that the Stingray R package is yet to be seen in the official configurator, but it’s clear that we’re one step closer to delivery. It may not transform your pride and joy into Jordan Taylor's race car, but it’s sure to pump up the C8.