This is not the US model though.

Since the start of 2021, Honda has been pretty busy with the launch of the new HR-V. We got our first glimpse at the fully redesigned model earlier this month, and now the Japanese automaker has released the first teasers. The revamped crossover will debut in full on 18 February 2021.

It’s important to note that what you see in the gallery below are the first images of the European version of the new HR-V. The company says it will be available as standard exclusively with hybrid powertrains on the Old continent combining “high efficiency with refined, fun-to-drive performance.”

Honda confirmed last week that the United States will get a different version of the model “designed to meet the distinct needs of US customers.” At this point, it’s hard to say whether this means the US-spec HR-V won’t come with a hybrid powertrain but more details should be released very soon.

As far as the model for the rest of the world is concerned, the new HR-V - named Vezel in some regions of the world - will be larger than the outgoing model, judging by what we saw from the first spy photos. Prototypes of the crossover are testing in near-production form around Europe and it seems that almost everything is ready for the launch of the global version.

The Future Of The HR-V:

Regardless of Honda’s plans for the new HR-V in the US, the model will become a very important member of the automaker’s portfolio. The crossover will effectively replace the Fit, Civic Coupe, and MT Accord in America after the 2020 model year. It is set to become the "new gateway models for the Honda brand, offering significant utility, performance, and value." 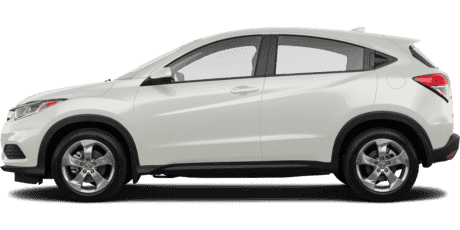