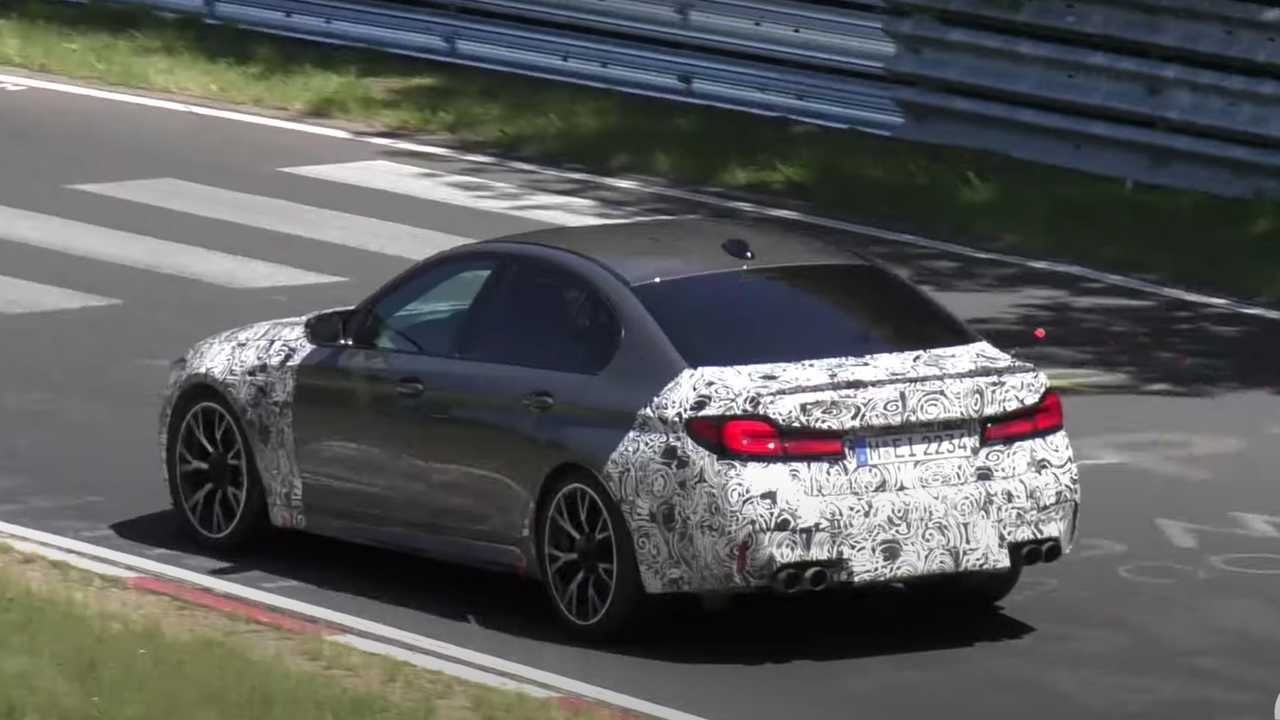 It will have a bit more than the Competition model.

Earlier this week, the BMW M5 CS was driven at the Hockenheim by sport auto's test driver Christian Gebhardt, supposedly teasing us with the performance that the limited-run M5 would offer but without the exact power figures. We also saw maps of the Nürburgring on the M5 CS's headrests from that video, which could hint at a record-breaking run for the hardcore M5.

Folks at BMWBlog now have more information about the M5 CS's power unit, particularly on its overall output. According to the site, the 2022 M5 CS will have 635 metric horsepower or 626 brake horsepower. The information was given by BMW Works driver Augusto Farfus.

If this number is accurate, then M5 CS will be up from the Competition model by around 9 or 10 horses, depends on which side of the world you're at.

Apart from the power output, BMWBlog revealed that the M5 CS will be lighter than the BMW M5 Competition model by 70 kilograms (155 pounds) – not a surprise as the new M5 CS is pegged to lose more fat than the already-light Competition model. Among other things, the site said that thinner carbon fiber seats add to the overall weight loss. Farfus, the test driver, also said that "the M5 CS will be the fastest BMW ever made."

A Few More Weeks Before The Reveal:

We've known for a time that the new BMW M5 CS will debut towards the end of this year or early next year. BMWBlog, however, confirmed that it will happen in December, although there isn't an exact date disclosed.

We'll know more in the weeks to come. We expect BMW to disclose more information as the launch draws near. We'll put an ear to the ground and as always, watch this space.