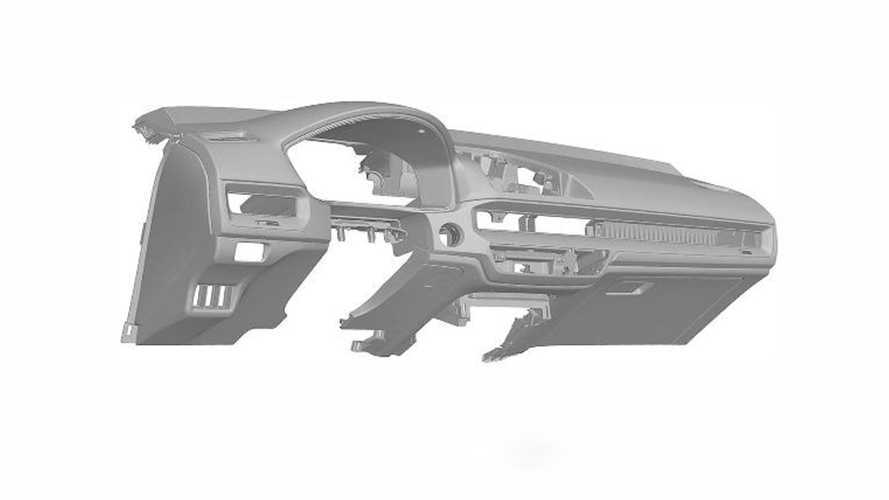 The Civic won’t get an official debut until next spring.

We won’t officially see the next-generation Honda Civic until sometime next year, but a series of trademark filings discovered this week might have spoiled the surprise. So far, we’ve seen the outside of both the 2022 Honda Civic sedan and hatchback, and now we could be looking at its interior. Well, a piece of it. Trademark filings with the Australian government show a partially deconstructed dashboard in drab grayscale that looks little like the current car’s interior.

The new dashboard reworks the instrument panel layout, putting the infotainment system atop the dash with what appears to be an opening for a speaker behind it. Below the infotainment screen lies the HVAC vents, which sit above a space that’s likely for the car’s climate controls and, possibly, some infotainment functions. At the bottom of the IP stack is a massive opening that’ll likely house a sizable storage area ahead of the gear selector location, much like in the current car, which also houses USB charging ports.

The interior looks much more subdued than the outgoing one, though that could a result of the drab, two-dimensional images. The dashboard has more straight lines than the current one, too. The vents are narrower, and they now all sit in a neat row. Moving the infotainment screen to the top of the dash gives the interior a much cleaner appearance. Even the instrument cluster shade looks refined.

What We’ve Seen So Far:

The next-generation Honda Civic will debut next spring and go on sale for the 2022 model year. However, unlike past Civic generations, there won’t be a coupe. We’ll only receive sedan and hatchback flavors this time around with the hotter Si and Type R variants debuting at a later date. The interior images show the next-gen Honda is starting to tame the wilder design decisions of the current model.