Hyundai Has 'Many Different Possible Options' For A Larger Pickup 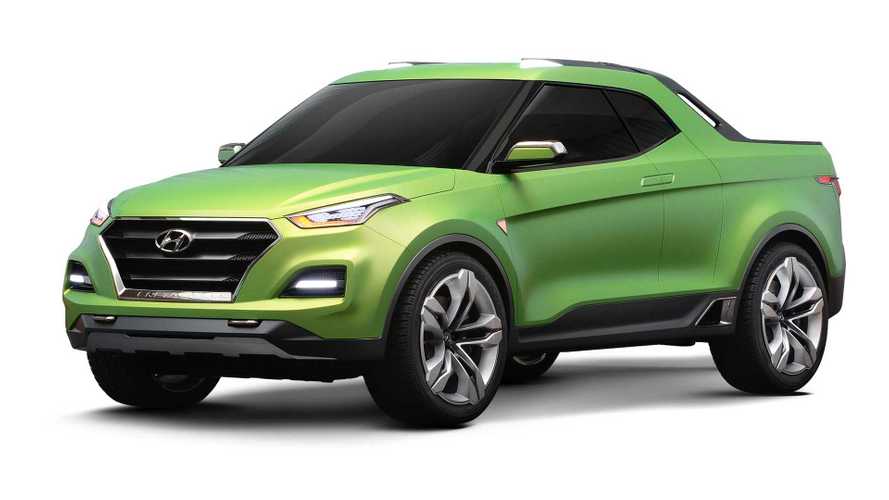 The Santa Cruz could get a bigger brother, eventually.

The upcoming Santa Cruz is widely regarded as being the first pickup from Hyundai, but that’s actually not true. Primarily sold at home in South Korea, the Porter (aka H-100 in some regions) has been around since the late 1970s and takes the shape of a cab-over truck with rear-wheel drive related to the Kia Bongo.

In other words, Hyundai has significant expertise when it comes to developing workhorses, although the Santa Cruz will be more of a lifestyle vehicle rather than a fully fledged utilitarian model. For something with added practicality, a bigger pickup could happen in the following years as the company has “many different possible options for the future.” The reveal was made by Hyundai head of global design SangYup Lee in an interview with Australian magazine Which Car.

He’s actually not the first high-ranked official within Hyundai to talk about the possibility of a larger truck positioned above the upcoming Santa Cruz. At the beginning of the year, Hyundai global head of research and development Albert Biermann hinted a one-ton truck could get the company’s newly developed straight-six diesel found in the Genesis GV80. The luxury SUV is available in some markets with a 3.0-liter rated at 278 horsepower (207 kilowatts) and 434 pound-feet (588 Newton-meters) of torque.

“This engine, we can have so many applications. As you know, we make also commercial vehicles so this engine will be out there for quite some time.”

Your guess is as good as ours regarding the styling direction a bigger truck would take, but Hyundai’s design team has been on a roll lately in terms of originality. The Tucson-based Santa Cruz is going to look quite interesting judging by the recent spy shots, and we also have to remember the Creta STC unveiled in 2016.

Pictured here, the Creta Sport Truck Concept was also on the small side and was conceived with the South American market in mind. Much like the Santa Cruz will be based on a crossover, the STC started off as a Creta before being elongated and widened to accommodate the bed. It also explored the idea of a lifestyle-oriented unibody truck with a dash of sportiness in the same vein as the Santa Cruz.

A bigger pickup would likely drop the car-like monocoque and go for a rugged ladder-frame setup, although SangYup Lee told Which Car he’d like a combination of the two – "I visualize the ute as having the front part as a monocoque versus a frame part at the back."