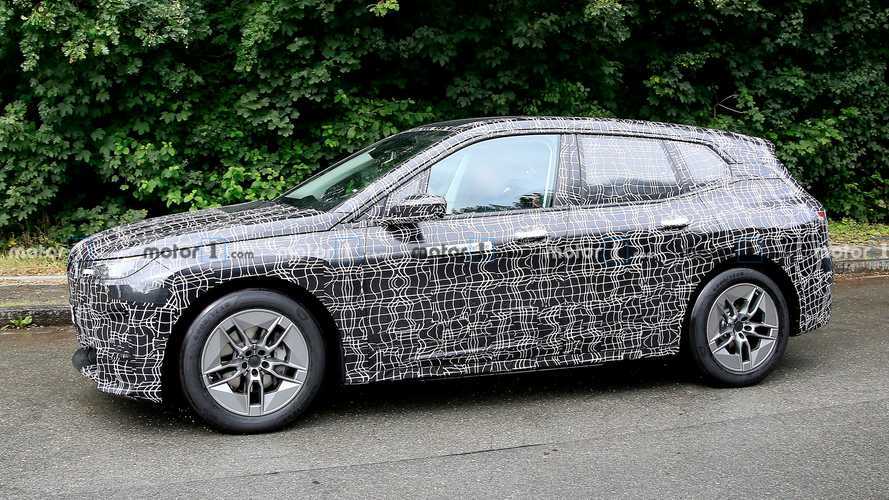 It's getting closer to production.

BMW is moving full steam ahead with the development of the iNext as our spies have caught a prototype undergoing tests on public roads somewhere in Germany. It’s a heavily camouflaged vehicle but it’s wearing all the production bits and pieces. And yes, this includes the giant grille, too.

In July this year, BMW teased the final design of the grille and explained that it won’t be used for airflow. Instead, it will serve as the electric SUV’s “eye” and will house the tech needed for its Level 3 semi-autonomous capabilities. Level 3 means the driver still needs to monitor the vehicle, but in some situations depending on the conditions, the car would be able to pilot itself. A few weeks before making that announcement, the automaker said it won’t use the giant grille on all its future models but apparently, the iNext will get it.

Compared to the previously spied prototypes, this test car has a new design for the wheels, most likely focused around optimized airflow for a lower drag coefficient. The rims don’t look exactly production-ready but we are sure they’ll be available for the iNext in a very similar form once the sales begin.

Speaking of the SUV’s market launch, BMW hasn’t released its exact schedule for the debut and on-sale date but it is believed the EV will go on sale at some point next year. Power will be provided by a next-generation electric powertrain with three power outputs: 308 horsepower (229 kilowatts), 522 hp (389 kW), and 610 hp (454 kW). A single charge of the batteries will provide enough juice for up to 373 miles (600 kilometers) measured by the more optimistic WLTP cycle.

The iNext (name not confirmed yet) will be produced at BMW’s Dingolfing factory where the manufacturer invested about $475 million. Thanks to it, the side will be able to assemble up to 500,000 EVs per year by 2023.