Mini Cooper S Convertible Spied Losing Some Of Its Camouflage

Expect some interior tweaks, too.

If you haven't noticed, small cars aren't popular right now, putting automakers like Mini in a tight spot. Add on Brexit and the ongoing coronavirus pandemic, and you'd think Mini would be on the ropes, but that's not the case. While full-blown replacements for much of the Mini line is a few years out, the company is giving its lineup a refresh, including the Mini Cooper S Convertible.

We've seen the Cooper S Convertible before, though those previous spy photos showed the model in a full-body camouflage wrap. The new images show the Mini covering just the front and rear fascias. Even with the camouflage, it's easy to spot the more aggressive front bumper and larger air intakes. It also appears Mini is expanding the grille's size, though only slightly. It's the same news at the rear with a revised bumper wearing a sportier design.

Inside, the automaker will upgrade the dash with the digital unit introduced in the Mini JCW GP and all-electric Mini Cooper SE. Don't expect any other significant changes, though. There are rumors Mini could tweak the lighting elements on the outside, like new side markers or moving the reverse lights to just above the tailpipes. 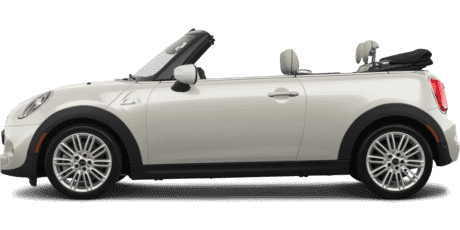 Customers should expect the current turbocharged 2.0-liter four-cylinder to carry over to the updated model. It should continue to produce the same 189 horsepower (140 kilowatts) and 207 pound-feet (280 Newton-meters) of torque. The six-speed auto and six-speed manual should also be available.

Mini hasn't indicated when the updated model will arrive, though considering it's a mild refresh, we shouldn't have to wait too much longer. It could be revealed before the end of the year or early next. Any update to help reverse the sales decline would be welcomed as Mini sales fell 4.1 percent last year compared to 2018.