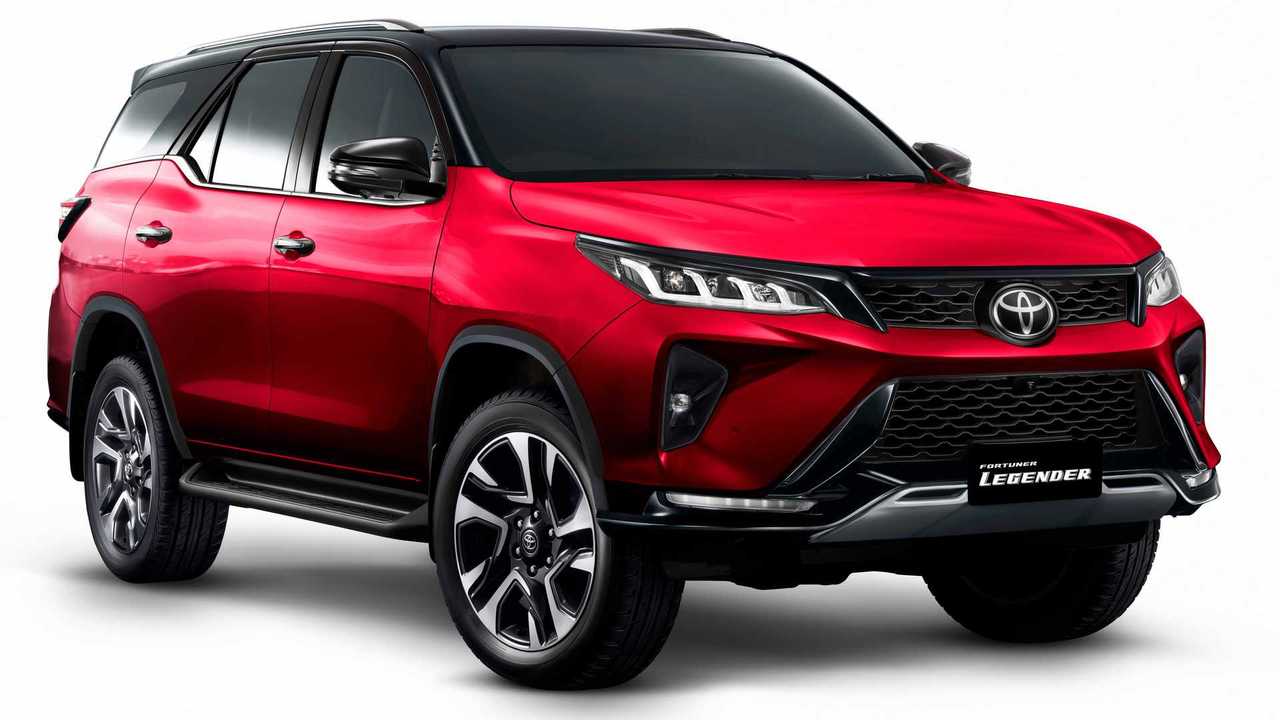 The Hilux-based SUV with rear-wheel drive gets a nip and tuck.

Available in some parts of the world, the Fortuner is a midsize SUV that has been around since late 2004. The second generation arrived in 2015, primarily targeting markets such as Australia and Thailand, using the underpinnings of the Hilux. With the pickup getting a facelift, Toyota decided to roll out its SUV sibling on the very same day.

Much like its truck counterpart now packs more punch, the 2021 Fortuner uses the beefier 2.8-liter turbodiesel engine producing 201 horsepower (150 kilowatts) and 369 pound-feet (500 Newton-meters) of torque. It represents a healthy increase of 27 hp (20 kW) and 37 lb-ft (50 Nm) over the model it replaces.

At the same time, the revised powertrain sips 17 percent less fuel in the city thanks to improved cooling. One other advantage the updated model has over its predecessor is the increased towing capacity, now at 3,100 kilograms (6,834 pounds) or 300 kg (661 lbs) more than before.

Depending on the market, Toyota will also sell the updated Fortuner with a lesser 2.4-liter diesel producing 148 hp and 295 lb-ft (400 Nm). Both four-cylinder diesels can be hooked out to a rear- or four-wheel drive system in Thailand where the updated SUV is offered exclusively with a six-speed automatic transmission.

Typical for a mid-cycle facelift, the styling changes are limited to the LED headlights and taillights along with modified bumpers at the front and rear. Thailand gets a swanky Legender version with more standard equipment, a two-tone finish, and 20-inch alloy wheels. Inside, Toyota has bumped the size of the touchscreen by one inch, with the infotainment system now featuring an 8-inch setup and support for Android Auto and Apple CarPlay.

Toyota Thailand is already accepting orders for the updated Fortuner and will start delivering the SUV later this month, but those buying the high-end Legender will have to wait until August.

Toyota has unveiled a mid-life upgrade for its seven-seat Fortuner SUV, elevating its visual appeal while assembling multiple improvements to engine, driving and towing performance.

Due in Australia in late August, Fortuner's bold exterior styling is refreshed with a more premium look, reflecting the vehicle's dual role as a comfortable urban transporter and a rugged off-road explorer.

But the most significant changes are under the skin where new and revised engine components result in noticeable gains to output with sizeable cuts to fuel consumption.

New and uprated components have resulted in an even more robust 2.8-litre turbo-diesel engine, enabling maximum power to rise to 150kW and torque to peak at 500Nm.

While delivering impressive gains of 20kW and 50Nm, additional measures including improved cooling have enabled fuel consumption to be reduced across the board, particularly in city driving where the improvement is more than 17 per cent.

Another significant customer benefit from the upgraded Fortuner is a 300kg increase in the maximum braked towing capacity to 3,100kg.

"Customers will appreciate the extra performance from the high-torque engine, coupled with impressive fuel economy, smoothness and quietness - whether they're on the school run or heading into the great outdoors," Mr Hanley said.

Inside, customer infotainment expectations are met through the adoption of a larger 8-inch display screen (was 7") that supports Apple CarPlay®1 and Android Auto™2 smartphone integration and advanced features including enhanced voice activation.

Satellite navigation and digital (DAB) radio is available with the GX and standard on the GXL and Crusade.

Australians have bought more than 15,000 Fortuner SUVs, an average of more than 3,000 a year since its mid-2015 introduction.