This Bugatti Chiron Pur Sport Makes Us Green With Envy 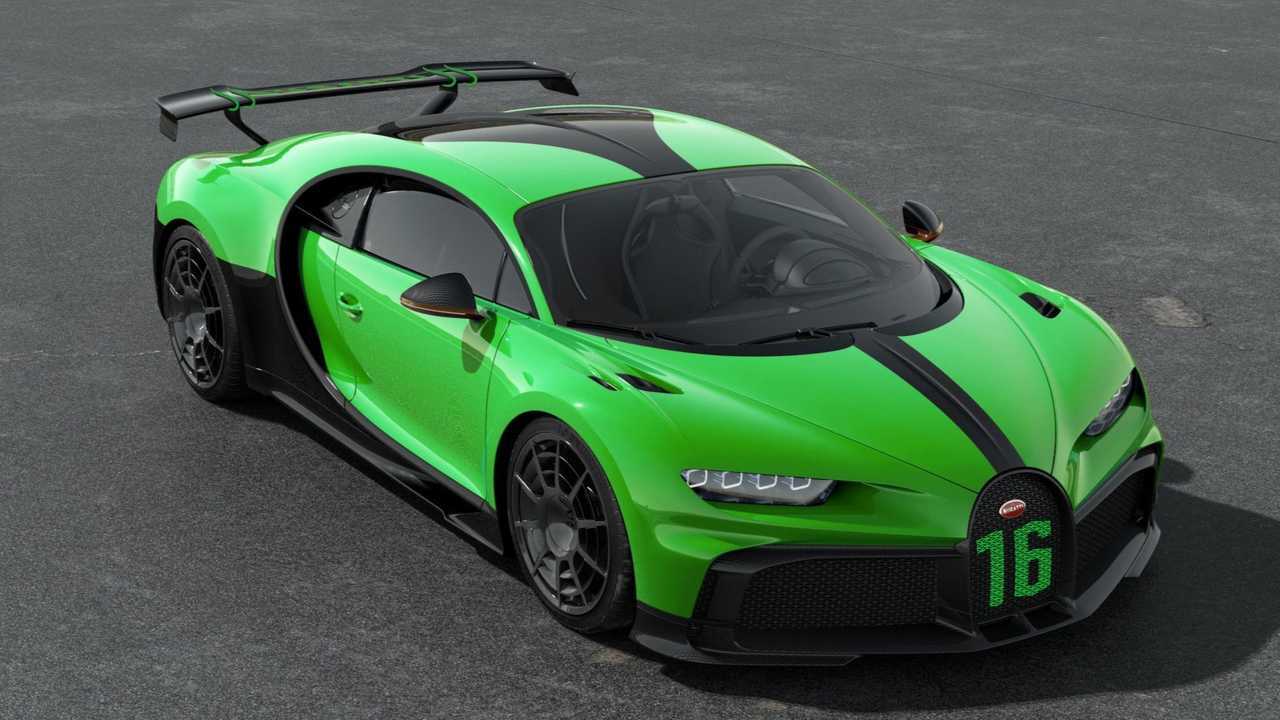 Those magnesium wheels are a sight to behold.

The Veyron went on to receive a plethora of special editions throughout its decade-long life cycle in an effort to sell all 450 cars planned for production. Bugatti is taking a somewhat similar approach with its successor, only this time the Chiron is getting considerably more hardware revisions than the former W16 beast.

Case in point, the latest member added to the Molsheim lineup is the Pur Sport. If we judge it solely by its top speed, it’s actually the slowest Chiron. Ok, “slowest” is probably not the most appropriate term to use since the car can still hit an electronically capped 218 mph (350 km/h). Bugatti prioritized on-track performance over absolute top speed, and this green example would be an eye-catcher on any circuit around the world.

The makers of the quad-turbo 8.0-liter monster have released new images of the Chiron Pur Sport, replacing the blue and black combo of the original car with a more striking livery. The Lime Green paint is what caught my eye in the first place, but then my attention immediately switched to the 20-inch wheels.

While they’re certainly not the prettiest wheels around, the magnesium set is interesting for a number of reasons. Bugatti says they’re four kilograms (nearly nine pounds) lighter per wheel and can be optionally fitted with aero wings made from carbon fiber to boost airflow and improve cooling.

Get Up To Speed With The Latest Bugatti:

Bugatti Explains Why The Chiron Pur Sport Only Does 218 MPH
⠀

They’re wrapped around Michelin Pilot Sport Cup 2R tires specifically developed for the Pur Sport to maximize the car’s performances on track by providing more grip. That said, it remains to be seen how many will actually take the Chiron Pur Sport to the circuit.

Beyond the look-at-me paint and the rather peculiar wheels, the Pur Sport also has 3D-printed exhaust tip covers along with a gargantuan rear wing like visible from the Moon. Overall, the latest Chiron looks like a million bucks. Actually, it looks like $3.24 million since the car costs €3M before taxes.