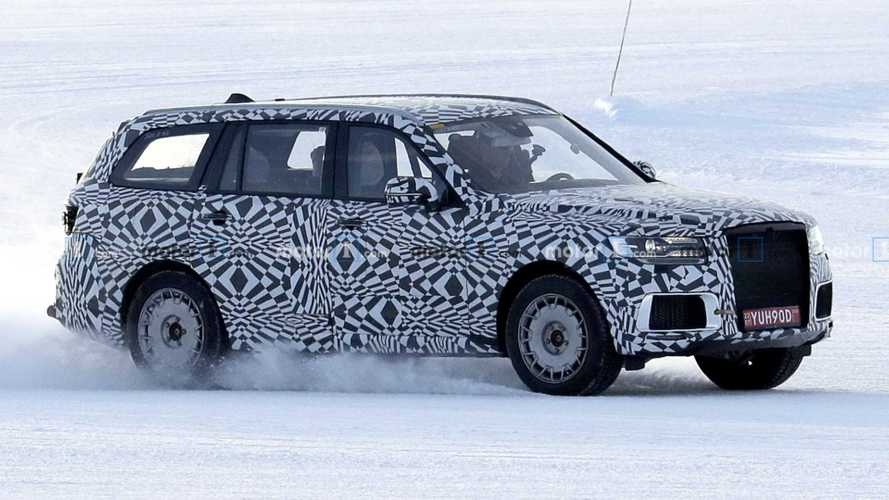 No, it's not a late April Fools' Day joke.

Russia’s Aurus brand is actively working on a new addition to its model range, which should join the Senat sedan and Arsenal minivan. A new stately sport utility vehicle called Komendant is currently in the development phase and new spy photos show it being tested on a frozen lake in Sweden.

This new prototype looks pretty much identical to the one our spies spotted back in January this year. The front end even gains additional camouflage in an attempt to hide the form and design of the radiator grille, but the side air openings in the bumper’s lower section are showing their chrome trims.

At the back, it appears that the test car is running with provisional taillights. This is also probably not the final design of the bumper as the wide openings at both sides suggest the production appearance of the diffuser will be different and we expect a slightly redesigned layout of the exhaust system, too.

One other interesting thing we noticed is the pair of screens mounted to the front seats’ backrests in a layout that seems very similar to what BMW is doing in its most luxurious models. Unfortunately, that’s all we can glimpse from the interior as these new spy photos don’t provide a closer look at the Komendant.

As far as the engine under the hood is concerned, power will most likely be provided by a hybridized 4.4-liter V8 gas engine generating 598 horsepower (446 kilowatts) and a massive peak torque of 649 pound-feet (880 Newton-meter). A nine-speed automatic and an all-wheel-drive system will channel the power to all four wheels.

Word on the street is Aurus will be ready to launch its first-ever SUV towards the end of next year as a 2022 model. The company intends to sell all its models internationally but this won’t happen before 2021 due to the company’s current limited production capacity.