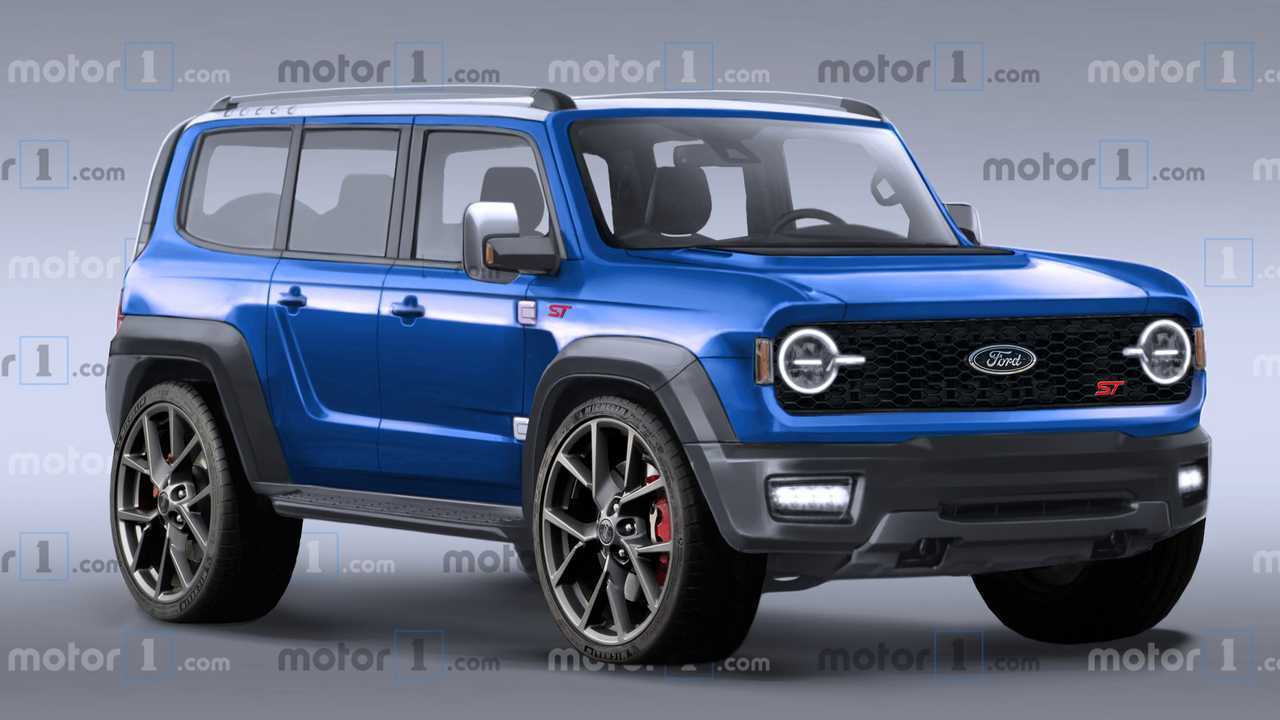 We created a street-fighting Bronco. You're welcome.

First thing’s first. To the best of our knowledge, Ford has no plan for street-tuned Bronco ST. For that matter, we don’t even have an official Bronco yet. The reveal is supposed to take place this month, but the days are awfully high on March's calendar and we’ve yet to hear anything specific regarding when that might take place. So, like many of you right now, our automotive minds are entertaining all kinds of what-if scenarios. And this exclusive Motor1.com rendering is the latest bonkers idea to stem from the madness.

We know what you’re thinking. A high-performance street version of a dedicated off-roader is just dumb. Ford isn’t aiming the Bronco at the traditional SUV segment – it’s aimed at the Jeep Wrangler and its trail-taming, adventure-seeking buyers. When is the last time you saw a Wrangler outfitted with low-profile, high-performance street tires from the factory? Never, but perhaps that’s where Ford can one-up Wrangler with an epic tarmac-bruising machine.

The Bronco's Day Is Coming:

2021 Ford Bronco Colors Allegedly Revealed, And Not Just The Names

Let’s be brutally honest for a moment. Yes, many Jeep Wrangler owners enjoy their vehicle in the manner for which it was used. There are also plenty of people who seldom take their Wrangler down dirt roads, never mind trails. And it’s not like Ford hasn’t traveled this path before – the SVT Lightning pickup truck became something of a road-going legend during its two-generation run from 1993 through 2004. Perhaps a Bronco ST with a snorty 3.5-liter EcoBoost V6, stiff suspension, and sticky tires could steal some sales from the Jeep Grand Cherokee Trackhawk.

It sounds like a neat idea in theory, but the odds of this happening are virtually nill. The F-150 Raptor – Ford’s other SVT-branded pickup truck  – puts the Lightning to shame when it comes to sales. If any such performance edition of the Bronco is in the cards, it’s far more likely we’d see some kind of Raptor variant.

But hey, we can still dream.