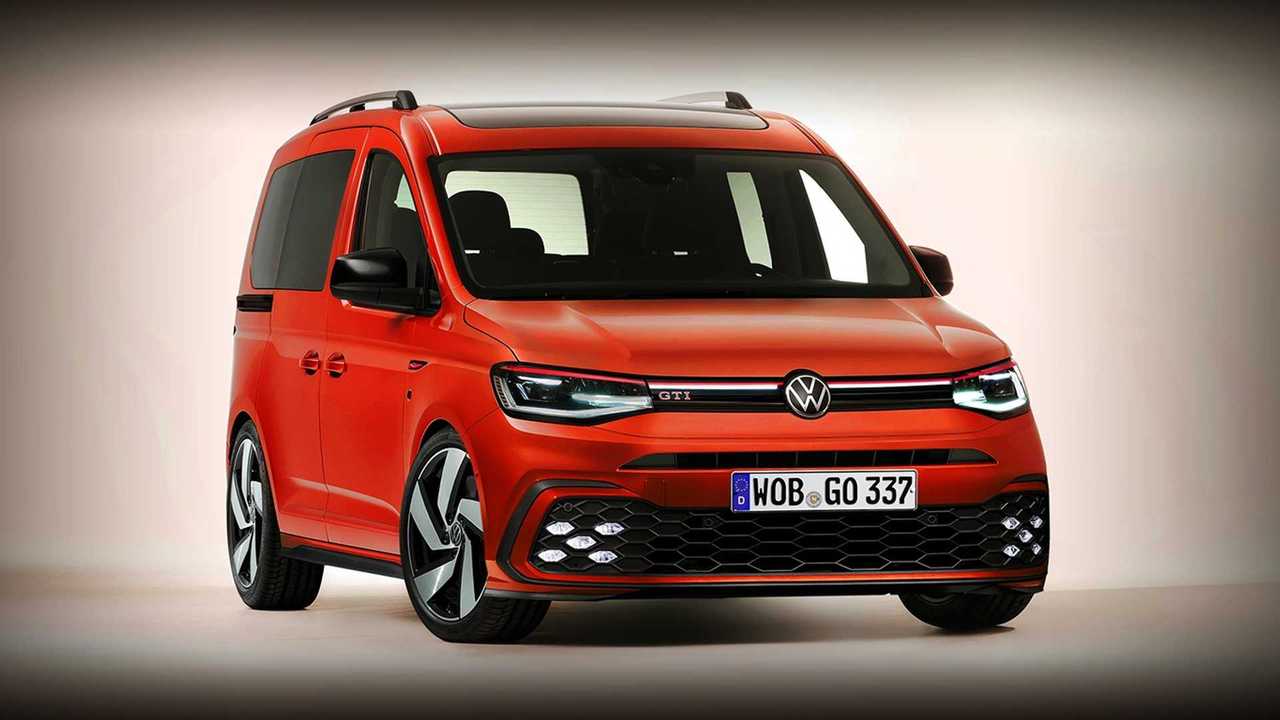 We'll take the fast Caddy, thanks.

Volkswagen has several new products coming to the global markets. Depending on where you live, you’ll soon be able to order the new Golf GTI, as well as the completely overhauled Caddy light commercial vehicle. Designer X-Tomi decided now’s the best moment to imagine two new additions to VW's performance lineup that will likely never reach production.

First, there’s a virtual Golf GTI Cabrio now - a spiritual successor to the Eos 3.6 VR6, which was produced between 2009 and 2011 and featured a 3.6-liter V6 engine good for 260 horsepower (191 kilowatts) and 258 pound-feet (350 Newton-meters) of torque. This rendering takes the body of the Golf GTI Mk8, loses the rear doors, and adds a foldable fabric roof. It looks good but we are almost 100 percent sure Volkswagen has no plans to build it.

And then there’s the Caddy GTI - a hypothetical performance light commercial vehicle from Wolfsburg. The idea might sound a bit nonsense but the thing looks great. The front end is completely redesigned thanks to the Golf GTI’s bumper and the GTI-spec grille seems to fit the Caddy’s wide headlights very well. Add to that a striking red color and a few more sporty touches and you’ve got the best-looking LCV today.

The largest engine that’ll be available for the new Caddy is the new 2.0-liter TDI with the company's Twindosing system that uses two AdBlue injectors. These turbodiesel motors have a lot of potential hidden underneath the compression ignition system and tuners will probably be happy to bring the power to about 200 hp (149 kW) at the cost of a few hundred dollars. If you can recreate the rendering’s sporty appearance to match the increased oomph, you’ll actually be able to drive a performance light commercial vehicle.